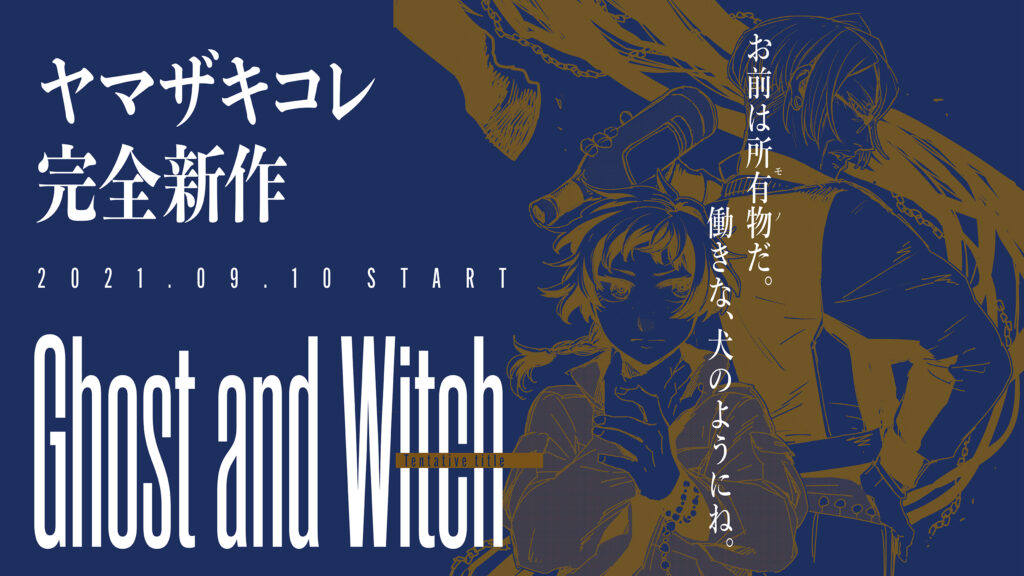 Not just content with setting the internet alight with the announcement that The Ancient Magus’ Bride would be getting a new OAD from a new studio, Kore Yamazaki announced today that she will begin her new series Ghost and Witch (tentative title) this September. Although a new series from the author had been hinted at for a while, the prevailing circumstances surrounding her ongoing one made it difficult to know when it would be coming exactly.

More specifically, The Ancient Magus’ Bride went on a two-month hiatus away from the pages of Monthly Comic Garden back in February, as the author and her editors struggled to find a way to continue working through the new Japanese State of Emergency. It had already missed the January issue previously, meaning that quite a good chunk of serialization time will be lost. With this in mind, it’s very possible that Ancient Magus’ Bride will actually be running alongside Ghost and Witch when it launches this September: that depends on whether or not the story finishes up on time.

In terms of story, all we know about Ghost and Witch at this stage is that the title is tentative, so don’t get too attached to it. Looking at the key visual and tagline, however, we can probably ascertain that it will be similar to Ancient Magus’ Bride: the visual features an older-looking man in the background with a younger figure in the foreground, while the tagline reads ‘You’re a thing. Work like a dog.’ Considering that Ancient Magus’ Bride initially started out with protagonist Chise being brought as a slave by Elias, this is a similar dynamic.

Making Ghost and Witch into another series along the lines of The Ancient Magus’ Bride might not be such a bad thing, as there’s clearly an audience for it: not only is the series popular in Japan, but overseas, too. Monthly Comic Garden will also be glad to keep Kore Yamazaki on board, considering that The Girl from the Other Side ended recently.