Chatting With Kors K About the Future of S2TB 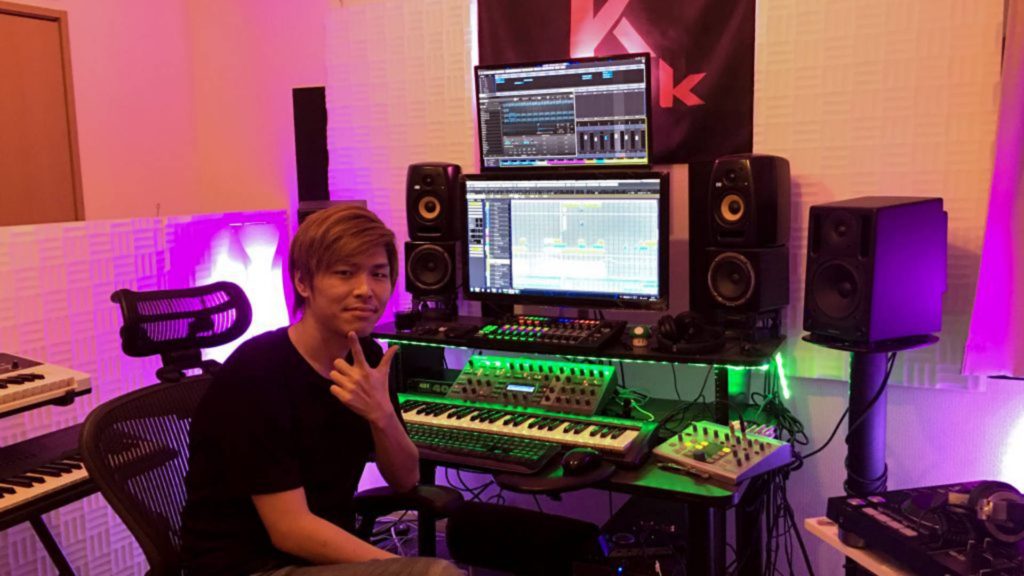 You may remember a few months ago we shared details that all activities from the team at S2TB Recordings would be coming to a staggered halt. With Summer Comiket still on the horizon at that time, we had a final lineup of releases to look forward to. It’s upsetting to say, but that time has passed, and tomorrow is set to be the final time we can truly enjoy S2TB Recordings before they simply cease to exist in their current form. It’s all set to end with a bang, however, solidifying their place in the record books at the grand finale showcase. Standing proudly alongside the team from HARDCORE TANO*C, we have a whole heap to look forward to at the aptly titled S2TB TANO*C FOREVER.

Calling on a global roster of talent, fans are invited one last time to enjoy the label in which Kors K worked so hard to create. Breaking the barriers between a wide variety of electronic genres, S2TB Recordings perfectly carved its own niche within the worldwide music community. Ahead of this final showcase, I spoke with Kors K about the future of S2TB as a label, and where he sees himself in the near future. You can find our discussions below:

Can you please tell us a little bit about who you are as a musician?

My name is Kors K, and I’m equal parts a music producer, DJ and label owner. Back when I was 16 years old, I was fortunate enough to have won a Beatmania IIDX 3rd Style competition, and it was through that my career was kickstarted.

What is S2TB and why was it started?

For those who aren’t familiar, S2TB actually stands for Subsonic Tribe. I started the label with the intent of it being a place for me to freely release music in an enjoyable manner, without the pressure of third-party requests. I had an extensive list of both video game and major releases before starting the label but believed it felt right to take this step. That’s pretty much why I started S2TB.

What lead to you deciding to end S2TB, and what do you plan to do in the future?

When I first started S2TB, I was having a whole heap of fun with it. But Comiket comes twice a year, and the deadlines rapidly became too much for me to handle. It became a matter of pumping music out for the label just because that was the most important thing, and it almost felt pointless at times to continue in such a way. The reason I started S2TB was an outlet for expression, not another chore that would keep me on edge at all times. That’s why I decided to bring an end to the label’s activities, to which you can find my full statement here.

Right now I’m not sure what I’ll be doing in the future, though you can expect to see more of my works in rhythm games. On top of that, look forward to more of my own projects and live shows. I’d also like to live in the United States at some point, if that were possible.

How did the annual S2TB TANO*C event get started, and what are some of your plans for the upcoming grand finale show?

Back in 2013 and 2014, I hosted the original S2TB Gathering shows, for which I handled pretty much everything. From merchandise to booking, and everything in between, there wasn’t much I didn’t do for those shows. I very quickly realized it would be impossible for me to continue operating like this, which is when I contacted my good friend REDALiCE about hosting a collaborative party. At this point, HARDCORE TANO*C already had a long history. This meant they were already familiar with the correct way to throw a party, which is exactly what I needed.

From this collaboration, we threw the first ever S2TB TANO*C show. This year, however, we’re stepping it up to a whole new level. We’ll be running limousines for our backers who chose the VVIP rank, and we’ll also have fire launchers on the stage. It’s going to be a really good time.

Have you got any messages for your international fans leading up to this final show?

Yeah, I do actually. Over the past year I’ve had some chances to DJ in a few different countries. Following my announcement that I would be ending activities through S2TB, there was an outpour of support for my decision. It truly feels like so many people understand the pressure that was on me, and I’m eternally grateful for that. My fans are truly good people.

Through this support, I feel like I’ve got so much energy ready to deposit into S2TB TANO*C FOREVER. I’ve even had fans from all across Asia tell me they’ll be coming to our final show. I feel like I need to do all of them right, as well as everyone who has ever supported me and S2TB through this final showcase, and that’s just what I plan to do.

There’s a whole lot to look forward to leading up to this final label showcase, and we’re so excited to be a part of it. This may be the grand finale for S2TB as a label, but the legacy it will leave on the Japanese music community is set to last forever. More so than anything else, I feel as though I speak for everyone when I express my undying appreciation towards Kors K as a musician and wish him all the best in his future ventures. We hope to see some of you at S2TB TANO*C FOREVER tomorrow and wish the best of luck to both the team at S2TB and the HARDCORE TANO*C side.