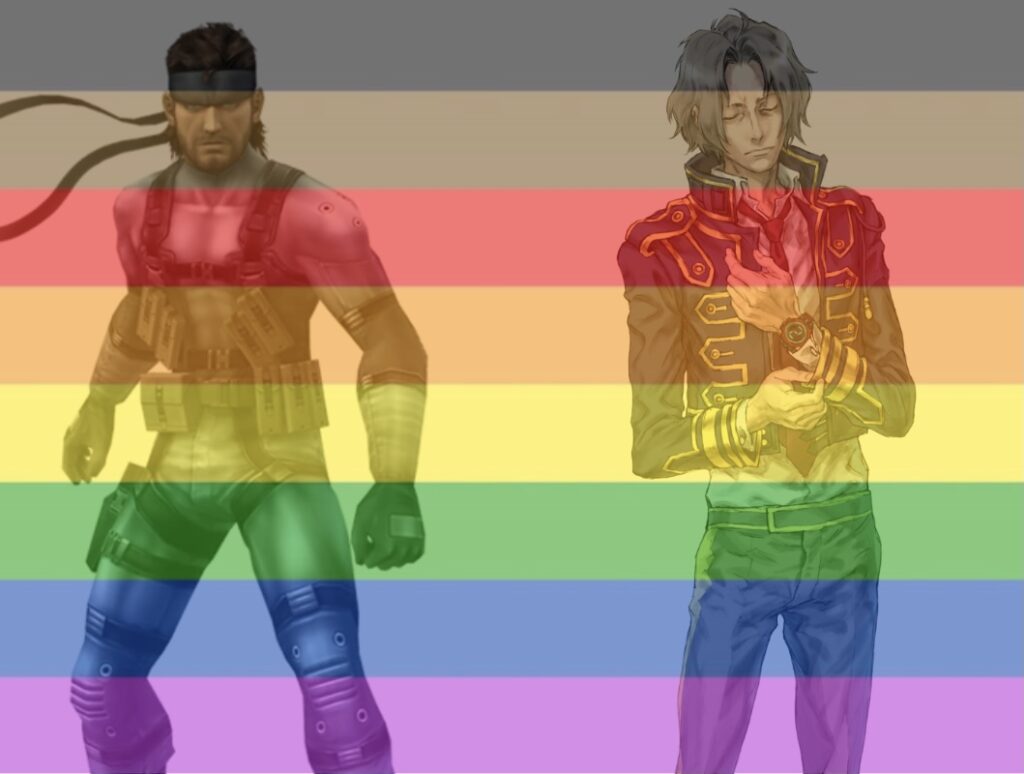 Whether to uncover hidden truths or just to have a bit of fun speculating about what-ifs and maybes, it can be fun to analyze and endlessly roll out theories and questions about games or movies you enjoy. Especially when it brings people together. Just like how a group of dedicated Zero Escape fans came together to answer the question on everyone’s mind: is Snake gay?

For context, the Zero Escape series is a trilogy of visual novels produced by director Kotaro Uchikoshi that started all the way back in 2009 on the Nintendo DS with 9 Hours 9 Persons 9 Doors. While later games were never quite able to match the quality and power of the writing and story of this title, this game about a group of nine people trapped on the wreckage of a boat like the Titanic, trying to escape a sinking ship, had high stakes, strong characters, obscure theories, and a good mix of psychology: it was a great experience.

To return to the events of the past weekend, with fans still attached to the character of the game all these years later, many wanted to know one thing, and that was whether their beloved Snake was gay.

everyone @ uchi asking if lights gay i need to know. as repayment for what he just rted. thank you

While somewhat tongue-in-cheek, it started with a tweet from user @_keycrash asking if Snake, also known as Light Field for reasons I won’t get into in case you haven’t played the game before, was gay. It spiraled quickly from there into a campaign of replying and mentioning Kotaro Uchikoshi on Twitter and creating fan art demanding answers to this much-pondered and highly important question.

Eventually, on Valentine’s Day, Uchikoshi himself, on his English-language Twitter account, created a poll to answer the question once and for all. And it went viral.

Do you think Snake is a gay?

This was in part because fans of Zero Escape were sharing and voting, but in a somewhat confusing turn of events, it turns out Metal Gear fans were left highly confused in thinking that ‘Snake’ referred to the man himself from Metal Gear Solid. I mean, we know the answer to both is obviously true, and that Snake in both games is definitely gay, so it’s not like it was wrong for fans to assume it referred to Metal Gear Solid.

Everyone thinking this is about MGS and inadvertently choosing the right answer pic.twitter.com/XZ2RTQQ1Sy

Camaraderie is what makes fandom, and seeing fans come together to ask whether Snake is gay… it’s funny, and yet also somewhat endearing. While I joke somewhat, it is great to see fandoms come together and use the moment to find a way to further connect with their favorite characters and series in such a way, and using it as an excuse to create fan art and memes.

Once a piece of work is out in the public eye, it’s up to fans to define that game’s legacy and come to their own conclusions about it. It’s not necessary to have a creator to confirm a character is gay if you view them as such and create an emotional resonance with them for this reason; or just crave representation that’s often sorely lacking to create your own; or just want to have fun with a series you love. Whatever works best for you.