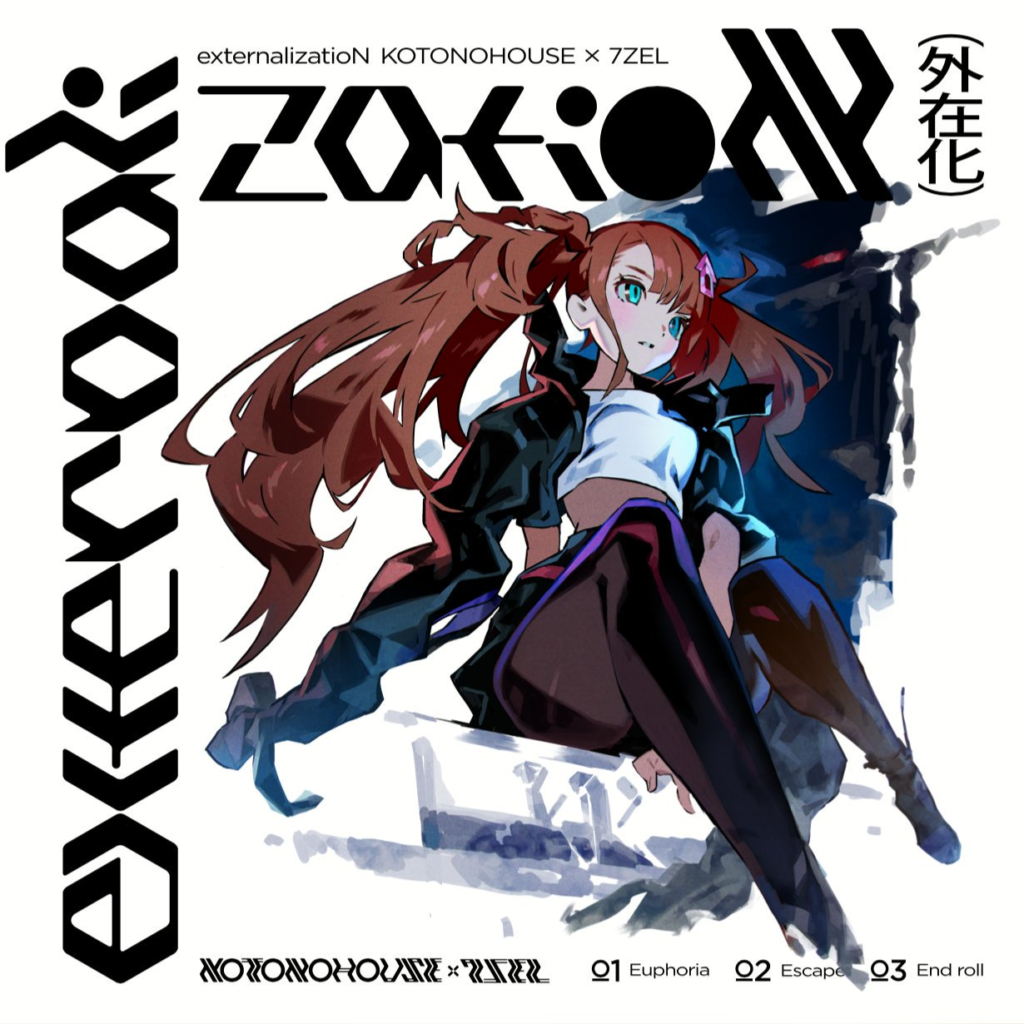 It’s been a good minute since we’ve had the chance to cover KOTONOHOUSE on the site. They’ve been putting out tracks on their Soundcloud and in comps here and there, but it’s been some time since we’ve had a slightly meatier release from the trackmaker on our hands. Thankfully, at the end of this month in collaboration with the artist 7ZEL, KOTONOHOUSE is releasing their ‘externalizatioN’ which features a number of familiar faces jam-packed into these three colorful songs. The full release will have come out by the time you read this and if you’re interested in a physical copy it’ll set you back 1500 yen.

Instead of leading off with a single, KOTONOHOUSE has opted to pair three snippets of their tracks together for a full EP preview. The opening song ‘Euphoria’ features US based artist TOFUKU and it’s a bit of a slower number but the dreamy vocals match well with the reserved nature of the song. ‘Escape’ has the producer once again teaming up with Yunomi and Kuishinbo Akachan on another tune with that Kawaii EDM influence but opts for a more anthemic and breezy chorus over being club ready. Thankfully though the last track, ‘End Roll’, brings Toriena for what’s absolutely a heavy bass and thick synth trap accented slapper.

In addition to 7ZEL, who I’m not sure has done hands on production work or more over all direction on the EP as they’re more known for doing a lot of KOTONOHOUSE’S art, this three track EP somehow brings a staggering six artists together. It’s a nice taste of what a number of the more notable artists in this field of music offer. While KOTONOHOUSE might not be as well known as some of the featured artists on this one, that only means you owe it yourself to discover what they’re all about if they’re working with a bunch of modern classic artists.