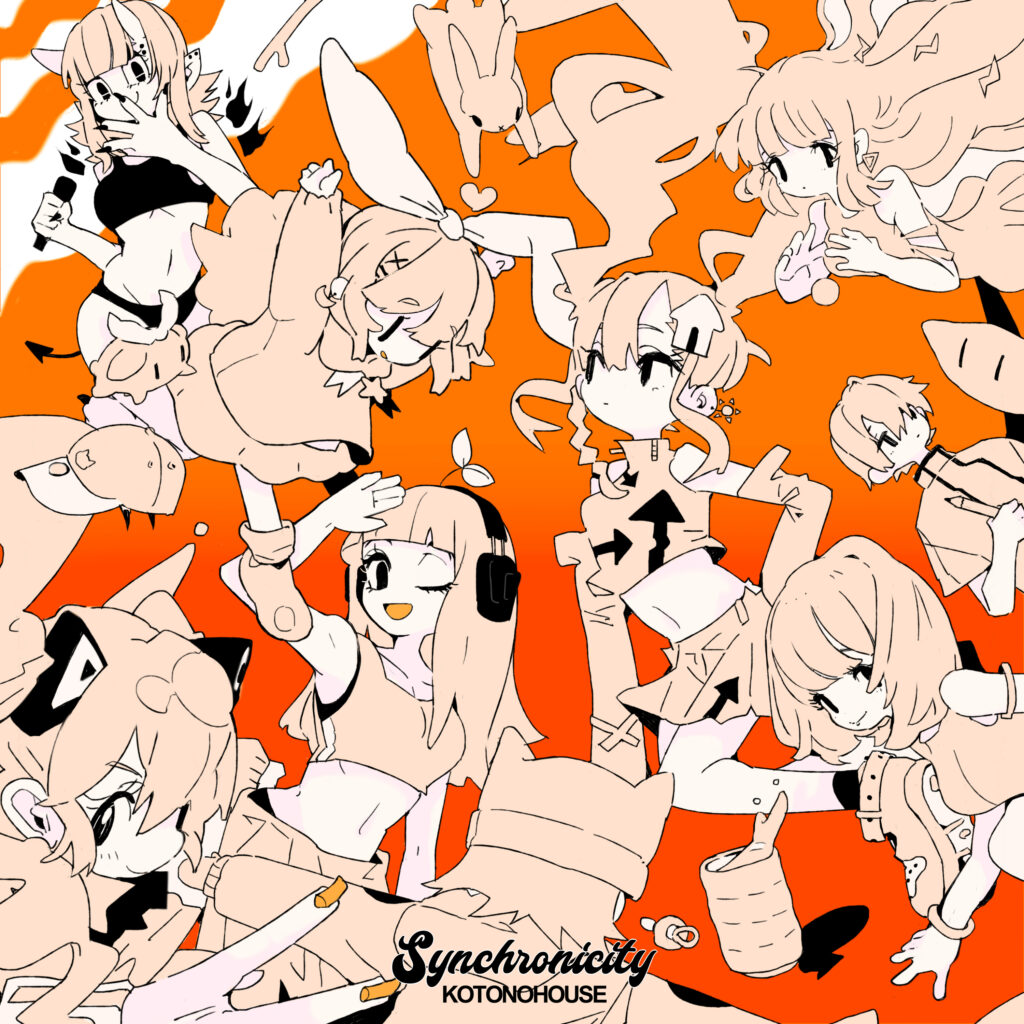 It goes without saying that KOTONOHOUSE is one of our favorite artists in the Tokyo club scene right now. Besides his appearance at both OTAQUEST CONNECT and SYNERGY -Stay Home Edition- earlier this year, he’s a constant on many of our team’s playlists and an artist that we will just about always go out of our way to see DJ live. With all of that being said, it was a total surprise to us (and many other fans) when he announced on his Twitter just a few hours ago that his first full-length album is not available on all major streaming services!

“Synchronicity” is out now

Synchronicity is an apt title for this release as many of the tracks on the album find KOTONOHOUSE teaming up with vocalists or other producers to create what can only be described as magic. When you get one strong collaboration between two artists that’s always a great thing, but 12 is even better. Many of the features on the release are fan favorites as well making this album almost feel like a “who’s who” of the Tokyo scene rather than simply the debut from a rising talent, although KOTONOHOUSE’s signature “eh, atashi!?” tag is a dead giveaway that he’s the talent behind the tracks.

After giving the release a listen to (I jumped on it the second I saw the tweet) I can’t say there’s a bad track among the bunch, making this one of those rare occasions where outside of shuffling the tracks in a playlist I feel like I’ll always listen straight through when I put it on. One thing to note is that you should throw out whatever expectations you have for a KOTONOHOUSE album before you listen as well, since the overall range of the release is impressive and shows that he’s able to work adeptly in a variety of genres. Tracks like “ENDROLL” with TORIENA, “GRAVITY”, and “EUPHORIA” with TOFIE  definitely stood out to me and were incredibly welcome surprises during my first playthrough.

All-in-all, don’t sleep on this album. A full-length from KOTONOHOUSE has been a long time coming, but a debut from any artist as strong as this one is worth paying attention to.

Synchronicity is available to stream on all major platforms now.