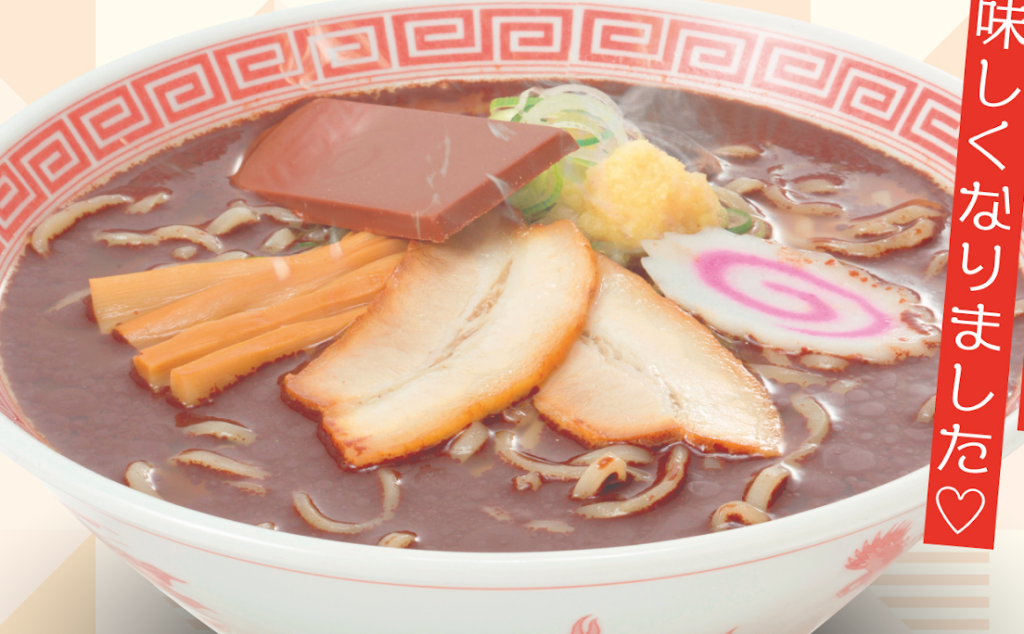 With Valentine’s Day just around the corner, we’re starting to see all sorts of consumerist values hit the spotlight again here in Japan, much akin to what you’d find in America. But while you might be able to recognize it as consumerism, it does make for a grand unleashing of hundreds of varieties of chocolate-themed snacks, all at the same time of the year. This swarm of chocolate isn’t just limited to sweets either; a couple of years back we saw the emergence of chocolate-flavored instant yakisoba accompanied by an intimidating packet of chocolate sauce. The sweet and creamy noodle movement doesn’t show any signs of slowing down in 2019 though, and luckily we’ve pinpointed what might be the furthest away from the light this trend has gone so far. 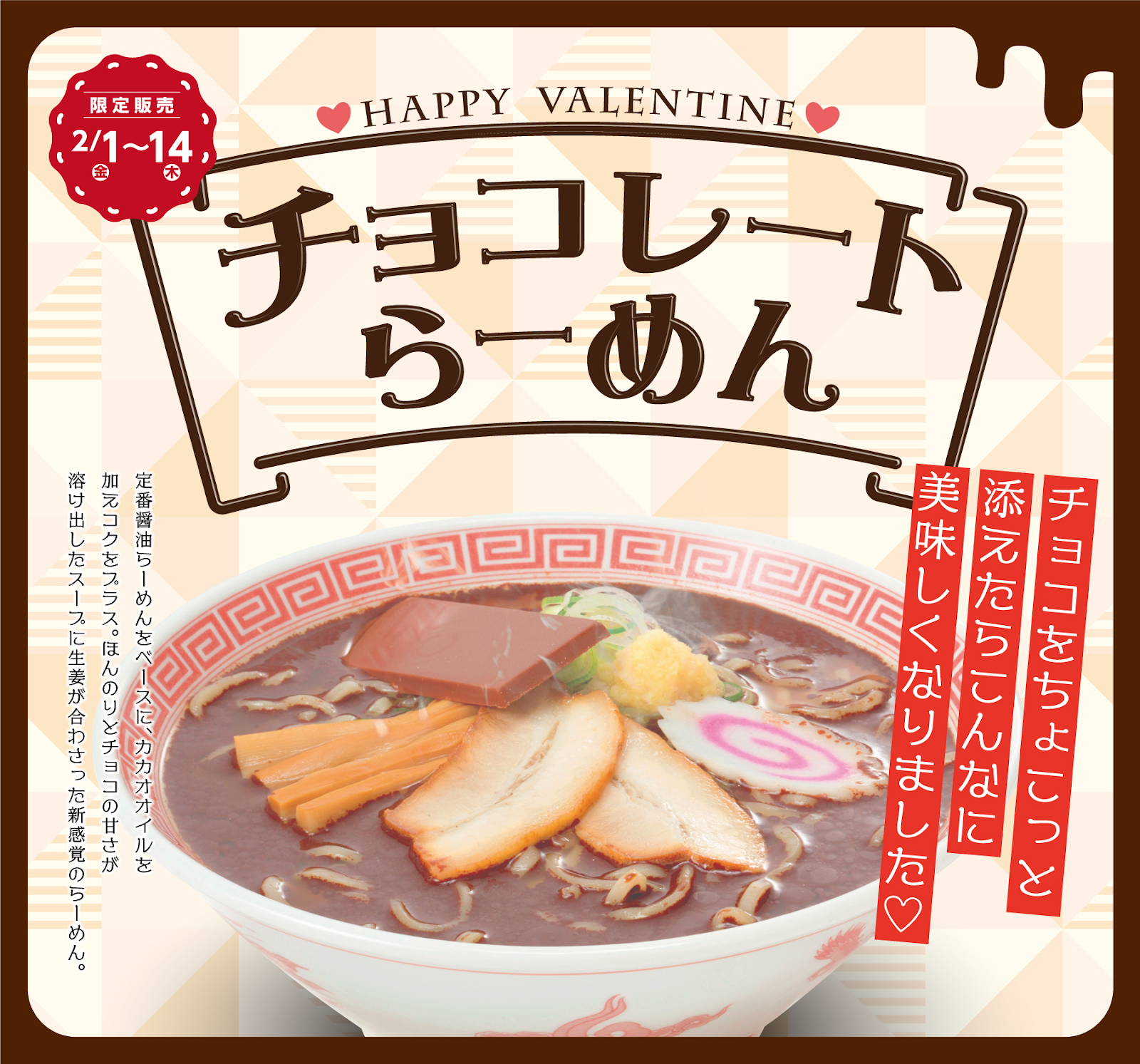 Throwing their hat into the arena of seasonal chocolate-themed snacks, Japanese ramen chain Kourakuen has debuted their all-new “chocolate ramen”. Set to be made available from February 1 through February 14, for a mere 520 yen you’ll be able to slurp down a bowl of your own, complete with an oddly-satisfying chunk of milk chocolate melting in the center. It’s pretty noticeable once you’ve actually received your bowl of chocolate ramen that this isn’t your standard meal, with the most notable difference being the milky chocolate broth.

While much of the dish is decorated with your standard ramen affairs; menma, grated ginger, green onion, and pork to boot, it’s said by those who have tried the dish that the chocolate flavor actually isn’t very forefront. Apparently, through a tightrope balancing act of flavorings, the cocoa oil manages to find peace with the tanginess of the ginger, while the overall flavor works well with both the roast pork and onion.

With a large number of Kourakuen locations across Japan, it probably won’t be too hard for you to judge whether or not the Valentine’s Day chocolate fever has been taken too far. If you’re feeling up to it, this might be your best shot at downing that combination of bravery and sweetness — though I doubt this is the last we’ll be seeing of this chocolate ramen concoction.

You Can Now Eat Official ‘One Piece’ Ramen