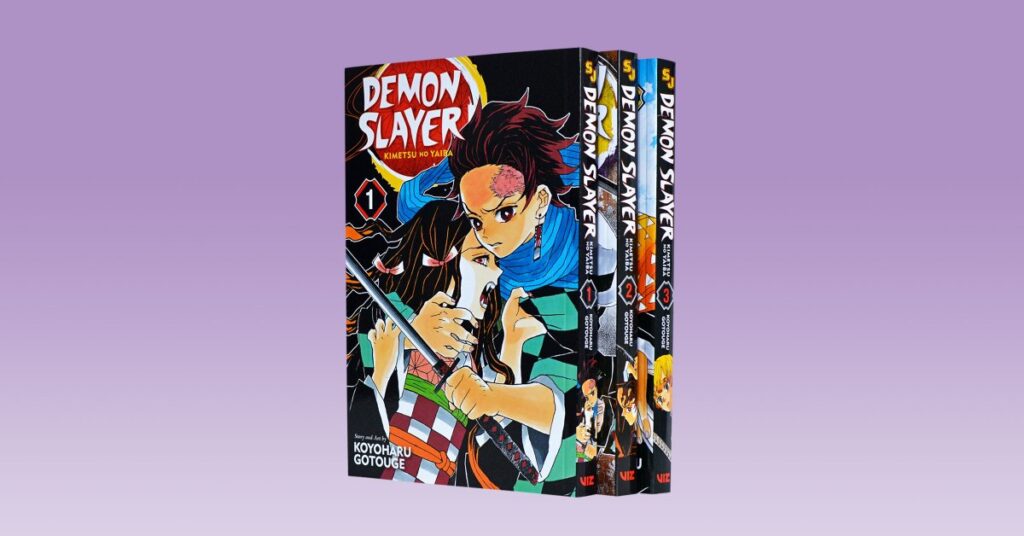 Considering Demon Slayer: Kimetsu no Yaiba’s tremendous record-breaking success, it’s no wonder that original author Koyoharu Gotouge has been showered with multiple awards. As if winning the second Noma Publishing Culture Price for ‘shaking up the industry’ wasn’t enough, Koyoharu Gotouge now carries the honor of being the first manga artist ever to be featured in TIME Magazine’s Time100 Next list: a list highlighting 100 emerging figures who are set to shape the future. 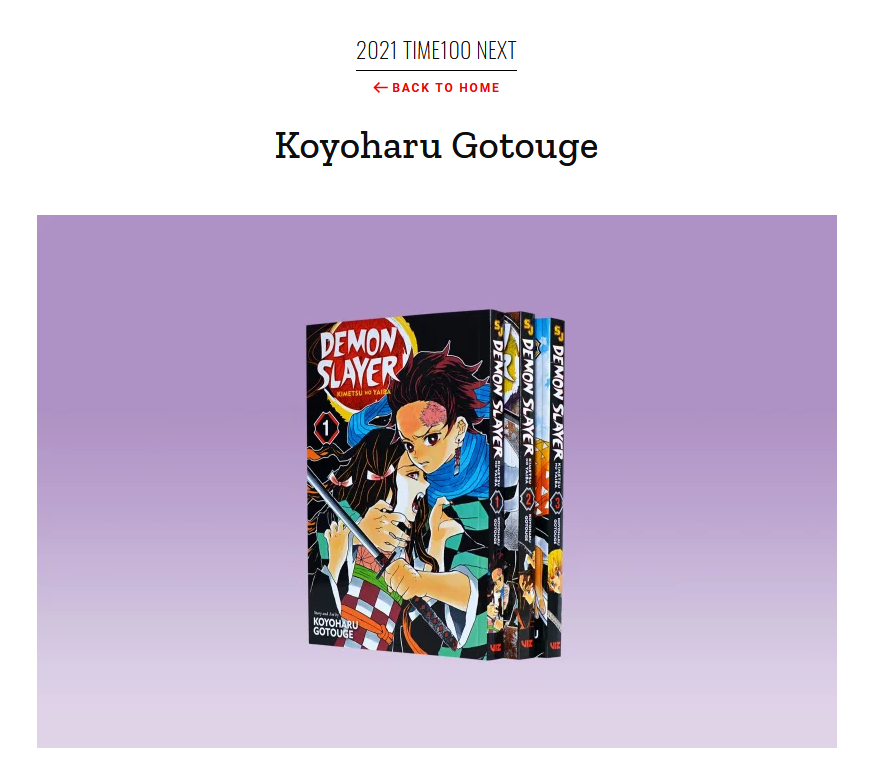 Koyoharu Gotouge’s TIME100 Next profile is written by Kat Moon, who highlights the Mugen Train anime film’s momentous achievement in overtaking Spirited Away to become the highest-grossing film in Japan of all time. Plus, with the TV series streaming on Netflix right now and the movie set to open in North America later this year, Moon says that ‘the reach of Gotouge’s work promises to go even further.’

Arguably, Gotouge’s work has already had tangible effects on the landscape of Japanese pop culture, with several copycats appearing in the pages of Weekly Shonen Jump and sales of the series translating into an uptick in physical book sales for the first time since 2006. Nevertheless, seeing Koyoharu Gotouge on the TIME100 Next list alongside the likes of Steve Kornacki, Rishi Sunak, and Marcus Rashford certainly is a trip, and one can hardly expect an American magazine focused on American culture and politics to have a nuanced view of Japanese pop culture.

As mentioned, Koyoharu Gotouge is the first manga artist ever to be featured in TIME’s TIME100 Next list, and this appears to be the same for the other, 100 most influential people list. The only example I can find of an anime and manga-adjacent creator being selected for that list is Takashi Murakami in 2008, so if this is true, this is just yet another accolade for Gotouge to add to their growing collection!