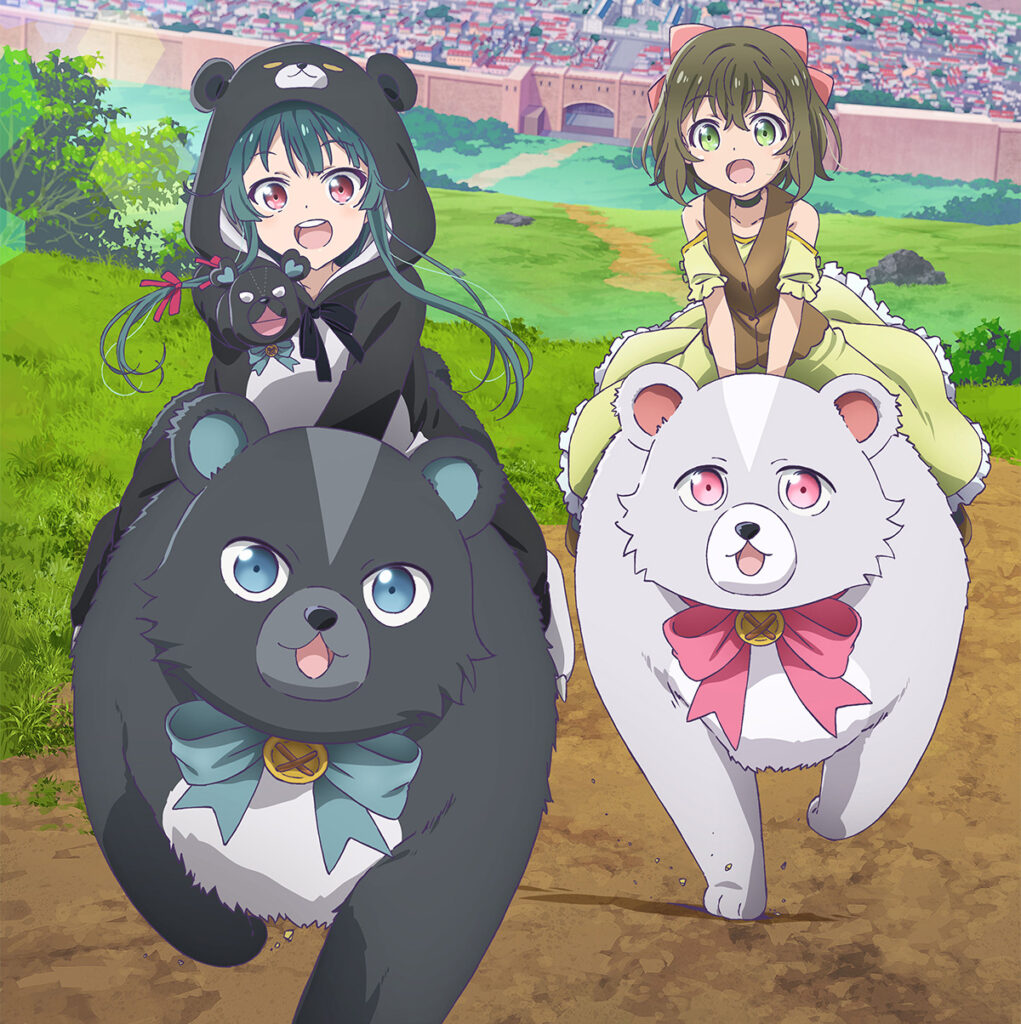 That will change when Kuma Kuma Kuma Bear debuts on Oct. 7.

The video features the ending theme song (although there’s some talk and girlish squealing over it), announces the premiere date, and gives some information about the cast.

Earlier promo videos in March and June also presented some information about the cast, and the opening theme song.

Based on what we’ve seen so far, the series looks cute, silly, odd, and funny.

Kuma Kuma Kuma Bear involves a cute teen gamer girl. When she gets trapped in her favorite game, she finds out that an embarrassing bear outfit is extremely powerful. Without it, she’s a level 1 character.

In the promo video, she rides a bear. The bears are also cute. That bear theme shows up all over the place.

The liner notes for the YouTube video states (in Japanese), “A bear adventure and a bear’s everyday story will begin with the strongest invincible bear.”

According to reports, the cast includes:

The anime is based on a light novel series by Kumanano and 029. The series has also been made into a manga.

Seven Seas Entertainment has the North American license for an English language translation of the light novels and the manga.  A lot of what we know about the series comes from there.

Fans gave the series the English title, “The Bears Bear a Bare Kuma,” but Seven Seas Entertainment doesn’t use it.

Still, you can expect a lot of bear puns when the anime arrives, if this Crunchyroll article is any indication. (Crunchyroll hasn’t announced if they will pick up the series, although they’ve certainly written plenty about it.)

The Japanese title writes “kuma” in hirigana, katakana and kanji.