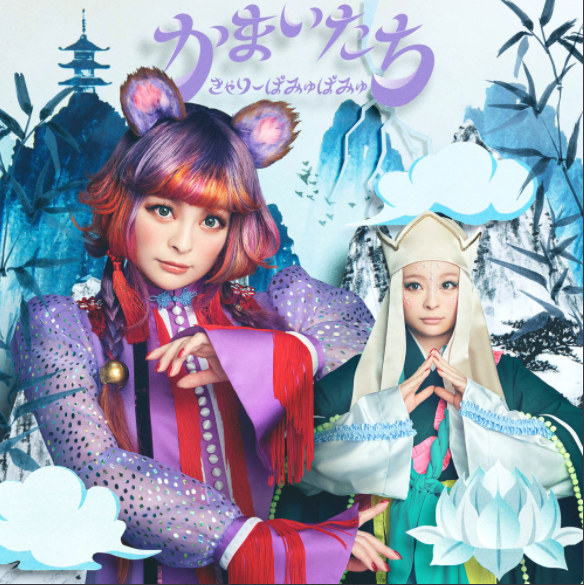 Kyary Pamyu Pamyu has long nodded to traditional Japanese culture. Her songs have nodded to older elements of her home nation since 2013, with some of her best numbers lyrically and visually built around coming-of-age ceremonies and ninja (not to mention melodic references). Harajuku’s pop representative to the world took it even further with 2018’s Japamyu, a full-length imagining a country all Kyary’s own, albeit one filled with enka warbling and shamisen plucks. You could slip even further down just by looking at her fashion choices.

New single “Kamaitachi” takes her interest in the country’s tradition even further. The title itself refers to a mythical creature, and the accompanying video revolves around Japanese folklore, including nice usage of a myth about a red string bonding people together. Musically, “Kamaitachi” features plenty of older references as well, but places them next to bursts of modern noise, such as video game notes and rhythm machine gallops. Watch the clip below.

The one person who might be even more interested in mish-mashing the past with the present than Kyary is her music producer Yasutaka Nakata. He’s had a fascination with Japanese melodies and rhythms since his teenage days, and elements of the country’s traditional sound popped up frequently in early releases from his duo CAPSULE.

He’s responsible for the actual music of “Kamaitachi,” and he finds a good balance between the then and now. Little melodic detours reference traditional Japanese songs, though the pace of the single never lets one linger. Yet alongside those touches are modern synthesizer notes and 8-bit fireworks scattered throughout, adding extra punch to a pop song full of hooky moments.

It isn’t a total sonic twist for Kyary — it has a lot in common with “Ninja Re Bang Bang,” — but the accompanying video finds her playing around with Japanese folklore more than ever, with the music helping make it come to life.