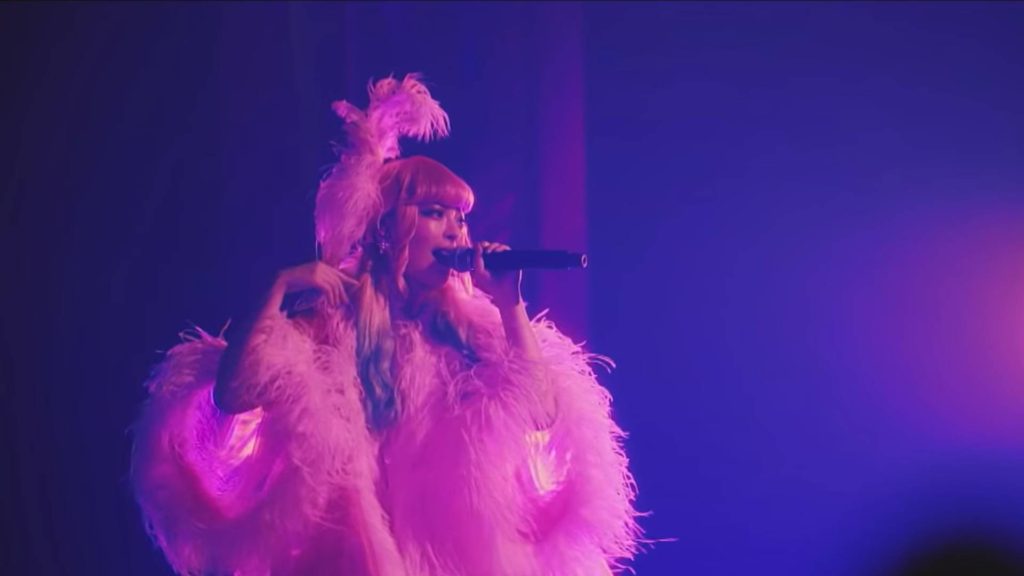 Kyary Pamyu Pamyu made her grand comeback just a few weeks ago following the release of her much-anticipated fourth album “Japamyu” and it’s accompanying nationwide tour CHERRY MARTINI of Stardust. Contained within the tracklisting for the album were a handful of tracks we’d seen in the past, possibly the wildest of which being a cover of Capsule’s 2001 “Koi no Hana” from their album “High Collar Girl”; well, that track earlier this week received a live music video from Kyary’s concert, and it absolutely rules.

Filmed throughout Kyary Pamyu Pamyu’s ongoing CHERRY MARTINI of Stardust tour in Japan, the footage comes courtesy of SPACE SHOWER TV ahead of their documentary on the queen of Harajuku’s return to the musical spotlight. The music video alone is gorgeous, but most importantly it showcases Kyary’s full return to form with elaborate and dazzling live shows and performances. While “Koi no Hana” is certainly not the hyper-pop sound you’d normally hear from Kyary Pamyu Pamyu, I think she totally nails it and I’d love to see it performed live.

Stemming from her latest ten-track album “Japamyu”, you can check out even more of Kyary Pamyu Pamyu’s latest activities via her official website.