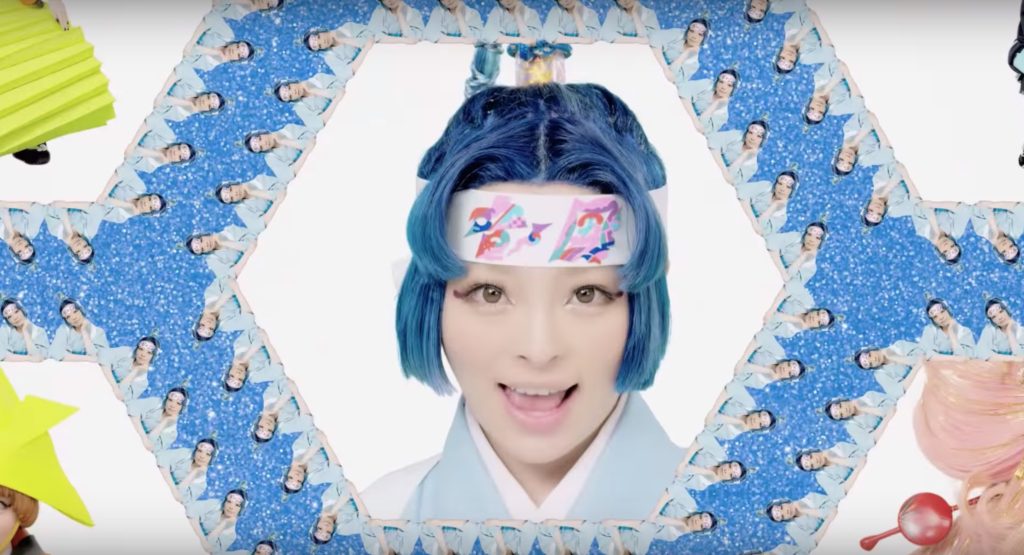 With 2018 finally at an end, we see a large number of musicians looking back at the year that was with a slew of new releases across all genres. While many talents saw 2018 as yet another year of continued success, other musicians utilized the year as an opportunity to thrust themselves back into the limelight. Over four years since the release of her last album, Kyary Pamyu Pamyu just happened to join this list with the release of her fourth studio album “Japamyu”.

So with that being said, what better way to cap off the year than with the release of a music video for one of the album’s best songs, “Oto no Kuni”.

Throughout the entirety of “Oto no Kuni”, listeners are treated to an extremely “Kyary” visual experience, showcasing once more that Kyary Pamyu Pamyu really isn’t afraid of embracing that slightly weird edge. The song is in many ways the instrumental of “Ninjari Bang Bang” injected into a Game Boy for Kyary to perform over the top of, and it sounds every bit as incredible as it should. Visually it definitely compares to her older works in terms of outlandishness, something that should definitely appeal to long-time fans of Kyary Pamyu Pamyu’s works.

Originally released in September last year, “Oto no Kuni” was the fourth track on Kyary Pamyu Pamyu’s infectious “Japamyu”. Similarly to “Oto no Kuni”, a handful of other tracks on the album have already received the music video treatment, so it’ll be interesting to see if anything else is lined up.

Announced alongside the release of this music video, Kyary Pamyu Pamyu is set to go on tour once more across Japan with her latest “Oto no Kuni Tour” which is slated to begin on March 30, 2019. While details still remain scarce, it has been announced that the tour will be stopping at locations across Japan with significant cultural and historical importance, with the first stop being Izumo Oyashiro, one of the most significant Shinto shrines in Japan.

With such an impactful beginning to 2019 for Kyary Pamyu Pamyu, it really goes to show how dedicated she is to breaking back into the music scene after what felt like such an extended break. How both Japan and the rest of the world reacts, however, will be something we’ll be keeping a close eye on throughout the rest of this year. Until then, however, be sure to check out our full archives on Kyary, here.