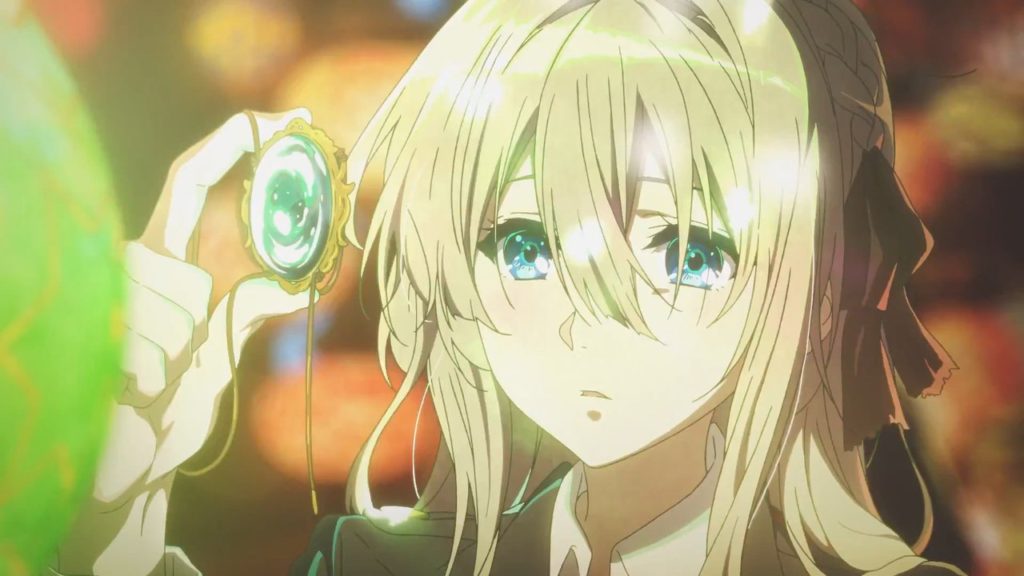 Kyoto Animation has begun streaming the latest commercial for their award-winning novel series, ‘Violet Evergarden’. The animated commercial comes after news that the novel was to receive an anime adaptation, which was announced in May 2016. Whilst the advertisement exists to promote the original novel series, it gives fans an opportunity to take a look at the direction the animation is heading.

The commercial which is 30 seconds in duration features a single line of dialogue from the series main character, Violet Evergarden:

I will run as fast as I can to wherever my customer desires. I am the Auto Memories Doll, Violet Evergarden.

It is yet to be officially disclosed who the anime staff will be comprised of, but the commercial has listed staff that worked on it. Most notably, we see Kyoto Animation veteran Taichi Ishidate (Beyond the Boundary, Clannad, The Disappearance of Haruhi Suzumiya) in directorial role.

The first novel in the series was originally published through ‘KA Esuma Bunko’ in December 2015, with the sequel published a year later in December 2016. This was creator Kana Akatsuki’s first published manga, being met with critical acclaim at the Kyoto Animation Award program and taking away the grand prize.

The latest commercial is available for streaming via Kyoto Animation’s official YouTube below: