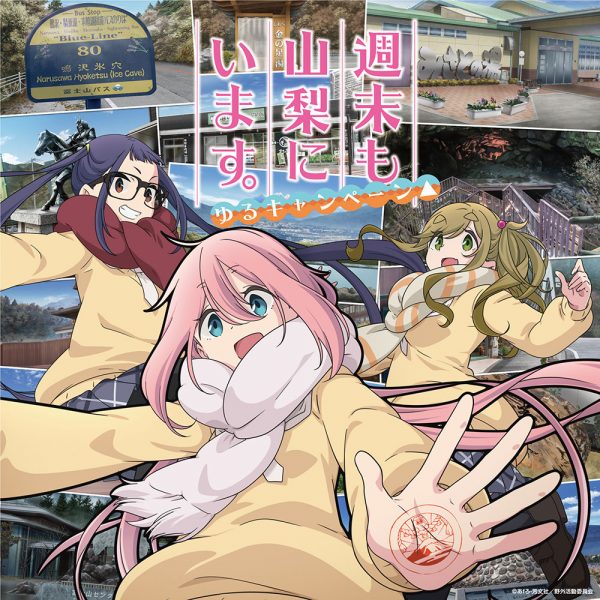 The cute and outdoorsy anime series Laid-Back Camp (a.k.a. Yuru Camp) will return with a Blu-ray box set on Dec. 16, followed by season 2 in January 2021.

However, in the meantime, the creators have a fun campaign planned for between now and then.

Of course, given the camping theme of the show, you’ll need to get out and explore to take part in events.

The anime series features a group of girls who go on camping trips in the area around Mount Fuji as part of their school’s Outdoor Activities Club. 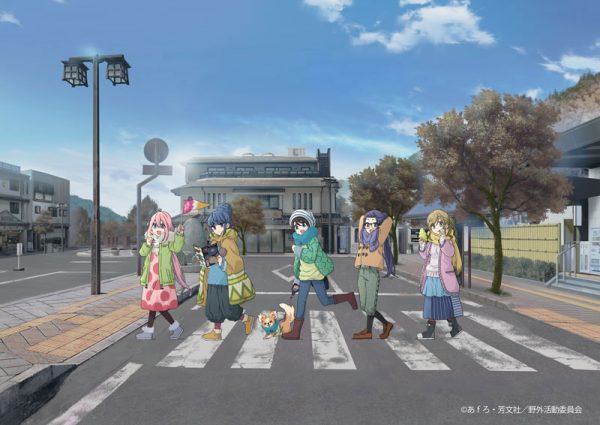 The campaign will include a stamp rally similar to the one featured in Heya Camp (Room Camp), the short spin-off series which aired in January of this year.

Unlike the one on the show, this will be a digital stamp rally, with QR codes taking the place of actual stamps.

The rally will last from Nov. 7 through Jan. 31, 2021.  If you collect the digital stamps, you will also be able to enter a lottery for novelty and rare items, according to the website.

There will be several rally courses, with different prizes for each course. The Nadeshiko Course will include Mt. Fuji World Heritage Center, Oishi Park, Lake Kawaguchi- Fuji Panorama Ropeway, and Narusawa Ice Cave.

The Rin course will feature Shimobe Onsenkyo. The Chiaki course will include Roadside Station Nanbu, and the Southern Fire Festival (Nanbu no Himatsuri) venue. 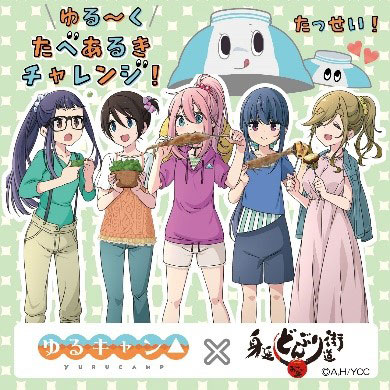 In addition, participants who collect digital stamps at checkpoints in five local Yamanashi towns — Ichikawamisato, Fujikawa, Hayakawa, Minobu, and Nambu — will be able to listen to a short original voice drama. The drama took place earlier in 2020 at the Nashikko-machi Meguri, a regional event.

Other events will also include the gourmet Yuru-ku Eating Walk Challenge, held in collaboration with Minobu Donburi Kaido.

The Eating Walk Challenge involves visiting up to three of the 12 Minobu Donburi Kaido member stores. The first 3,000 people to get the donburi and collect their stamps will get an original sticker.

You can also get a badge for shopping in Ichikawamisato’s shopping district.  You have to spend 500 yen or more during the campaign.