L’Arc~en~Ciel: A J-Rock Band That Rung in The New Millenium 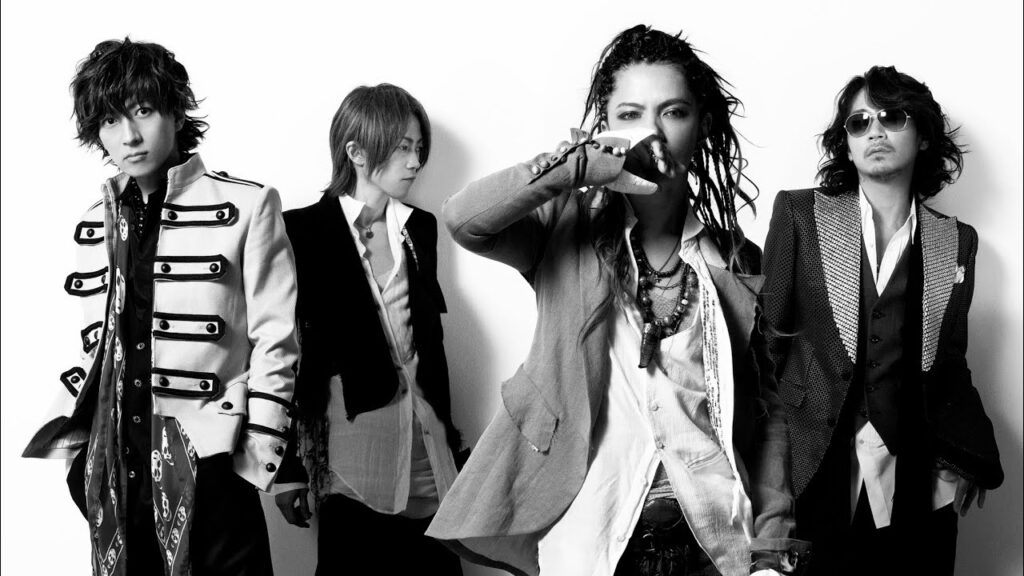 If you have an interest in Japanese music, L’Arc~en~Ciel (properly stylized as written) is probably a household name to you. The French-named Japanese band has been one of the most recognizable forces in popular Japanese music since the 90s, even garnishing fame amongst global audiences for their numerous songs that have topped music charts and appeared frequently in various forms of media over the course of the nearly 30 years they have been active.

L’Arc~en~Ciel was formed in 1991 when Tetsuya (AKA TETSU), a bassist, recruited members to start a band based in Osaka. The original line-up also included Hideto Takarai (Hyde) on vocals, hiro on guitar, and pero on drums, though hiro and pero’s time with the band was short-lived, as they both departed by the end of the following year.

In 1994, L’Arc~en~Ciel secured a contract with Ki/oon Music, a subsidiary of Sony Music Entertainment Japan and had their big mainstream debut with the album Tierra. From that point onwards, the band’s popularity exploded. In 1995, their third album Heavenly debuted on the Oricon carts in position 3. The following year, their fourth album True debuted at spot number 1, and went on to sell nearly 1.5 million copies to date.

What was the key to their success and mainstream recognition? 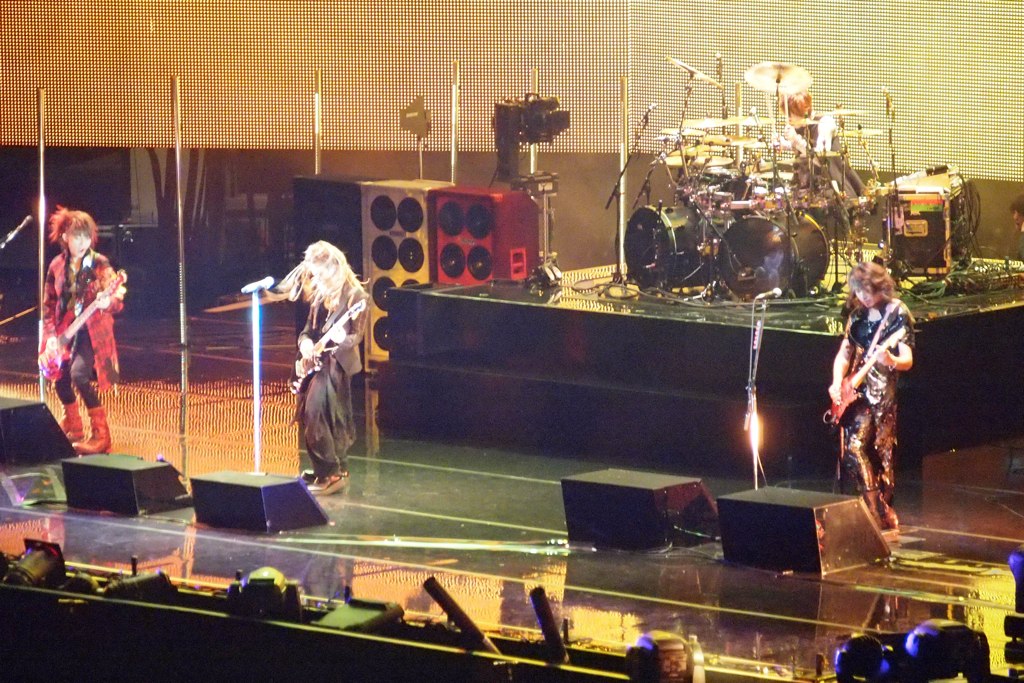 Much of L’Arc~en~Ciel’s journey to becoming a household name in the world of Japanese music can be attributed to their numerous contributions to popular media over the years. From their first album, the single ‘Blurry Eyes’ was among the first tracks to do so, becoming the opening theme song for the anime DNA². While the anime itself was not significantly popular, the song became well known amongst anime opening themes of the time.

‘The Fourth Avenue Cafe’ was used as the fourth ending song for the anime Rurouni Kenshin in 1997. However, due to a controversy involving the drummer sakura’s arrest on charges of drug possession, it was replaced by the previous ending song, TM Revolution’s ‘Heart of Sword’. As a result, the single for ‘Fourth Avenue Cafe’ was not released until 2006, where it reached position 5 on the Oricon charts. This marked a dark period for the band, as their CDs were also pulled from store shelves. The remaining three band members continued as a trio under the name The Zombies, but continued to play L’Arc~en~Ciel songs until a replacement was found. During a sold-out concert at the Tokyo Dome later that year, they returned with a new drummer, yukihiro.

‘Driver’s High’ was another such song known for its role as an anime opening theme, appearing in GTO (Great Teacher Onizuka) as the opening theme in 1998, and was released as a single the following year. Previous success meant bigger things for L’Arc~En~Ciel, despite a few hiccups over Sakura’s drug controversy.

L’Arc songs began to appear in major motion pictures, starting with ‘Lose Control’ making the soundtrack for the Japanese release of 1998’s Godzilla. In 2001, ‘Spirit Dreams Inside’ was featured in Final Fantasy: The Spirits Within, Square’s hyper-realistic CGI film.

Perhaps L’Arc~En~Ciel’s most well-known anisong contribution was one to the massively popular series Fullmetal Alchemist. ‘Ready Steady Go’ was used as the second opening theme (first for the Adult Swim version), taken from the band’s ninth overall album, Smile, which was the first album to be released following a hiatus after Spirit Dreams Inside. ‘Lost Heaven and Link’ were featured in the anime’s first movie, Fullmetal Alchemist the Movie: Conqueror of Shamballa, and ‘Good Luck My Way’ in Fullmetal Alchemist: The Sacred Star of Milos, the second movie, marking the band’s 20th anniversary in 2011.

‘Ready Steady Go’ also was used as the final stage in Osu! Tatakae! Ouendan!, a rhythm game for the Nintendo DS. This was not the first L’Arc~en~Ciel song to appear in a video game, as ‘Stay Away’ from their eighth album, Real,had appeared in Konami’s arcade game pairing of Guitar Freaks 5th Mix and Drummania 4th Mix. Stay Away was L’Arc~En~Ciel’s 20th single.

In 2004, the band was starting to receive more attention in North America. They played a concert for Otakon, an anime convention based out of Baltimore Maryland, which was one of if not the most significant appearances by a Japanese band at an anime convention to date. Their albums were released overseas as well.

Around this time, an alias of the band began to surface under the name P’unk~En~Ciel, wherein each of the band’s members swapped roles with another, leaving hyde on the guitar, ken on the drums, tetsuya on lead vocals, and yukihiro on bass guitar initially, though the roles have in recent years been swapped around for different performances and different songs. They play in a faster, punk rock style, and often perform updated versions of their older songs, such as ‘Heaven’s Drive’ 2005 and ‘Honey 2007′. P’unk’~En~Ciel’s first album, P’unk is Not Dead, includes 12 such renditions.

The band’s new releases began to slow down over the second half of the 2000’s and moving into the 2010s, with Butterfly and P’unk is Not Dead being their last two albums, in 2012. The band has since continued releasing songs as singles and contributing to the Resident Evil franchise on multiple occasions in recent years for Resident Evil: The Final Chapter as well as Resident Evil 7. They play large concerts several times a year, and still manage to effortlessly sell out, often forcing fans to participate in a lottery system to obtain a seat.

2020 marked the start of a new arena tour, the MMXX Arena Tour, which was inevitably postponed in March due to the spread of the Novel Coronavirus. The band is looking to continue remaining active in recent years, making many of their albums and singles available over popular streaming services.

To date, L’Arc~en~Ciel has sold just shy of 30 million records, making them one of Japan’s most successful acts. Outside of the contributions listed above, their music has made appearances within various forms of popular media over 50 times, and their concerts often make it to live albums and or DVDs and Blu-Rays.

Taking the member’s individual solo projects over the years into account, the amount of music associated with L’Arc~en~Ciel can be matched by very few acts across the globe. While longtime fans await the day a 14th album might be released, 30 years of songs for any occasion await for those willing to delve into the massive discography of this legendary Japanese icon.