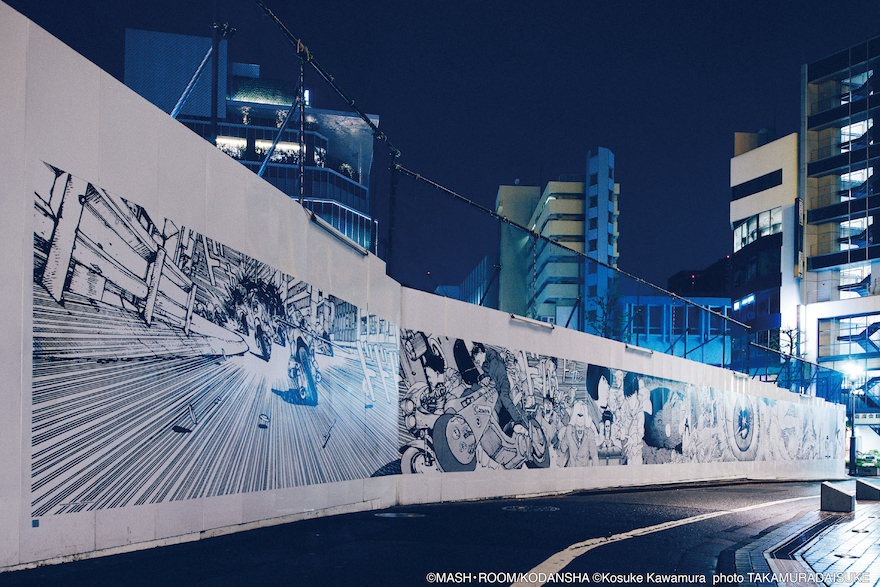 If you’ve been to Shibuya recently, then you’ve probably noticed that quite a lot of it is covered in scaffolding. It’s been like this for a while now, with the Tokyo government aiming to make Shibuya more pedestrian friendly with an eye to the upcoming 2020 Tokyo Olympic Games.

Accompanying the infrastructural work have been several commercial projects, of which the new PARCO building has been the main focus. While this new department store is sure to delight the consumer crowd of Shibuya, otaku have found an unlikely kinship with the site as well – as Katsuhiro Otomo’s Akira has been made the face of the construction site.

Rather than simply leave the walls of the construction site blank, the project managers of the new PARCO project decided to do something a little more exciting by adorning the walls with panels from Otome’s manga. These aren’t little prints either – they stretch all the way around the site, making for a very impressive design choice. Here’s a picture:

Informing the project managers’ decision wasn’t just pure design taste, however. 2019 is actually the year Akira takes place, where in its fictional version of world history Tokyo is rebuilding itself as Neo-Tokyo in the aftermath of World War Three. Coincidentally, in the story Neo-Tokyo is also hosting the Olympics in 2020 – uncannily like the real Tokyo right now. And the coincidences don’t stop there, as the amount of construction going on around Shibuya right now is really starting to resemble the dense jungle of Otome’s fictional cityscape.

That being said, you don’t have forever to see this truly amazing sight in the heart of Shibuya. With the new PARCO building set to open this autumn, the project managers have unveiled the final ‘chapter’ of their Akira art wall this week. Set to go up on February 28, the new design features new panels from Otome’s manga, alongside a new collaboration with illustrator Kosuke Kawamura. 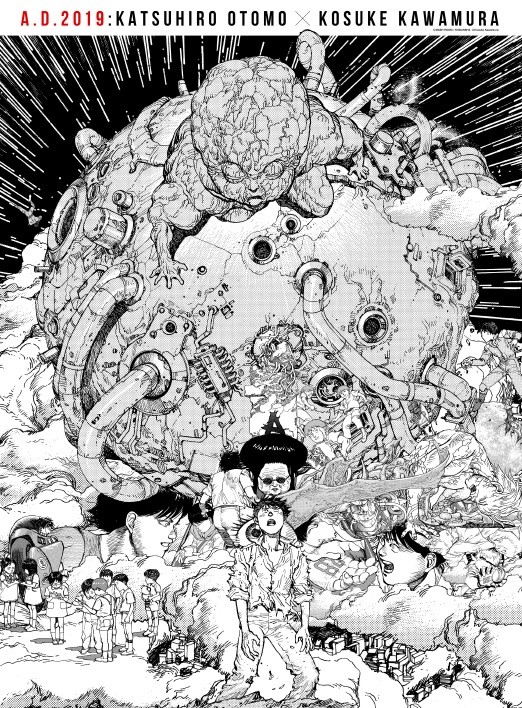 This ongoing cyberpunk saga in the heart of Shibuya received the Good Design Award last year, and in a way I’ll be sad to see it go. While I’ll be happy to see all of the construction come to fruition, there will almost certainly be an Akira shaped hole in my heart.