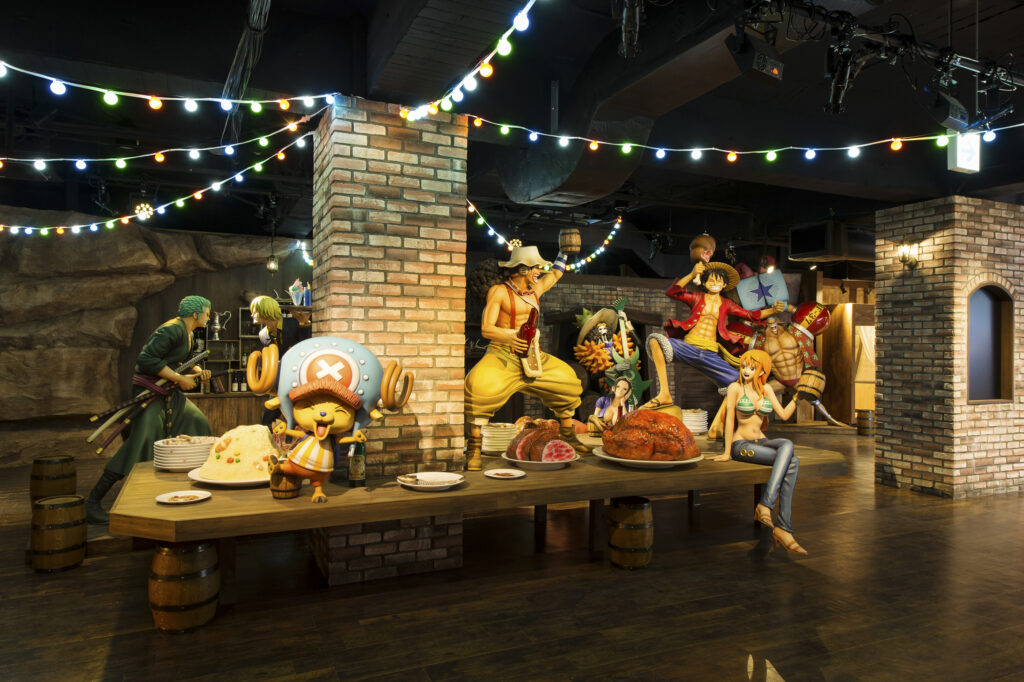 Earlier this month, we reported on the closure of the ‘Tokyo One Piece Tower,’ a theme park located inside the iconic Tokyo Tower based on Eiichiro Oda’s best-selling series. This was because of the limitations that would be imposed by the Coronavirus (COVID-19) on the park’s continued operation, leaving Tokyo practically devoid of Jump-themed attractions following the closure of J-WORLD in 2018. Luckily, you do have an opportunity to experience the final days of the Tokyo One Piece Tower, as they are being immortalized through the medium of livestream.

Taking the perspective of the snail character Chourou (don’t ask), viewers are able to watch the final days of the Tokyo One Piece Tower in real time as staff and attendees go about their business. As of the time of writing, the livestream has been going for nearly seven hours, with most of the time spent with the camera in the same place.

Sometimes, guests notice the camera and lean down to wave, but it is mostly just shots of peoples’ legs. The exciting part, then, comes when the camera is moved, like this section five hours in when the staff decided to take the camera on a little tour of the entire theme park. Here, we experience something truly fascinating: a moving snapshot of the last days of the Tokyo One Piece Tower, as well as a final recording of the staff and performers in action. It’s almost tragic in its finite nature.

In a way, this is a little bit like the final days of Pompeii and Herculaneum. There, volcanic ash and magma rained down, both wiping the town off the map and preserving parts of it under a layer of volcanic ash. Only, in this case, the staff and fans are at least aware of the Tokyo One Piece Tower’s impending doom, meaning that they can pay their final respects.

The last two days of the Tokyo One Piece Tower will be streamed from July 30 to July 31. You can check out the livestream via the official YouTube channel.