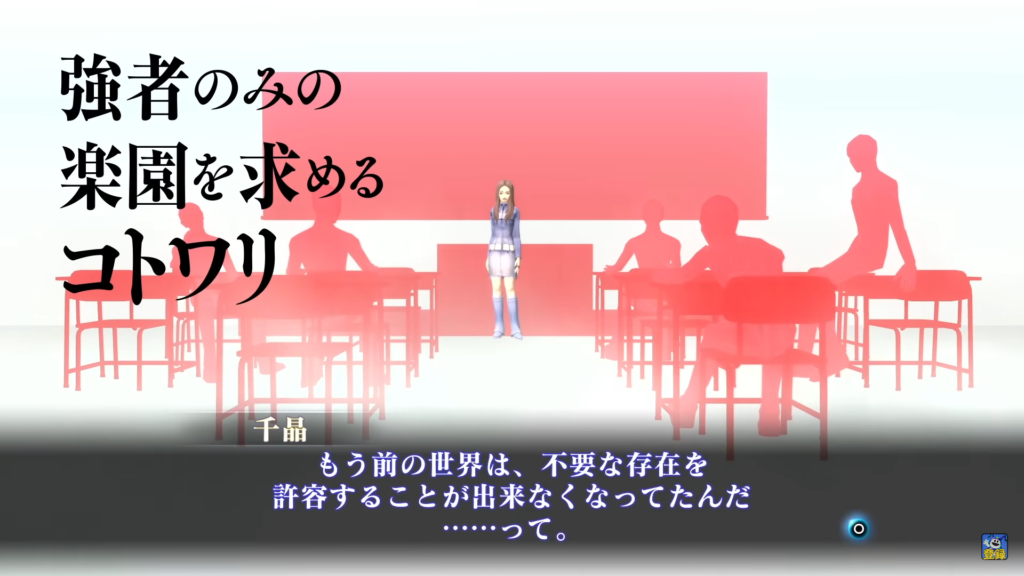 Ah Shin Megami Tensei: Nocturne. The prodigal son of the ‘I can be yuor angle… or yuor devil!’ series has finally come home to roost. It’s entirely possible between this long-awaited deluxe port and the actual Shin Megami Tensei V, both coming out in English next year, the original SMT franchise might receive a much-deserved popularity boost ala what Persona 3 and Persona 4 did for its franchise. This latest trailer gives us more savory demon meat to sink our fangs into.

This trailer shows off a handful of new Shin Megami Tensei III: Nocturne HD touched up visuals that have us in awe of this 17-year-old game. It still looks great. What’s maybe more notable about this second full-length trailer is that we get to hear large swathes of the new voiced dialogue that’s been recorded for this iteration of the game. We imagine voices will be optional as many fans will want something as close to the original Nocturne experience as possible, but for those new to the game or coming in with an open mind we think the Japanese track sounds fairly on point!

With the inclusion of all-new voice acting, a multi-console release, and a controversial easy mode that may piss off the diehards but allow many more people into the fold, Shin Megami Tensei: Nocturne will be figuratively and literally more accessible than ever before. Yes, there was a bare-bones port on the PS3 digital store along with the whole lot of excellent yet now forgotten string of Playstation 2 SMT games. Even with Shin Megami Tensei V following up Nocturne HD next year, we hope to see some resurgence of the Digital Devil Saga and Raidou Kuzunoha if this all turns a profit for Atlus.

Shin Megami Tensei III: Nocturne HD will come out this October in Japan and in English the following spring.