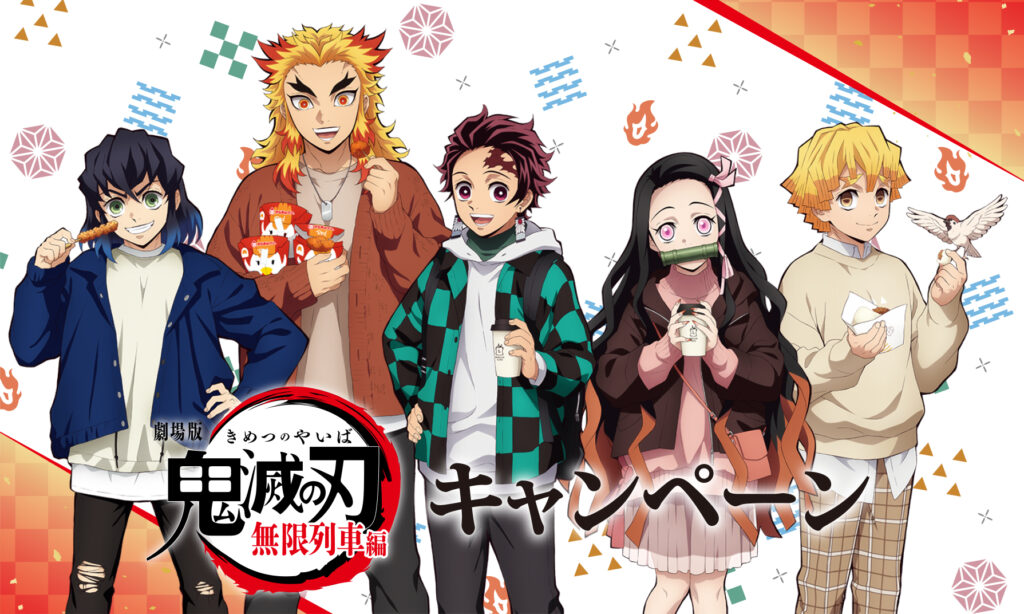 With the release of the Kimetsu no Yaiba: Infinite Train movie just a few days away, the conbini Lawson will open a collaboration store on Tuesday at its Lawson Gate City Osaki Atrium store in Shinagawa.

Lawson has done various tie-in products and promotional campaigns with the anime series as early as April of last year.

However, the new store will feature an exhibition of some of their Lawson-exclusive Demon Slayer food and other goods.

In addition, the exhibition will be decorated throughout with pictures and illustrations of the main characters. There will also be a photo spot near the entrance.

One new illustration shows the characters dressed for modern-day Japan (the series normally takes place a hundred years earlier in the Taisho Era). For example, Tanjiro is still dressed in his usual green and black, but he’s also wearing a hoodie.

Out in front of the exhibition, Lawson’s fried chicken mascot, Karaage-kun, wears a familiar-looking green and black outfit.

According to reports, Lawson will introduce several new Kimetsu no Yaiba items at stores across Japan this week.

A few of these will include: 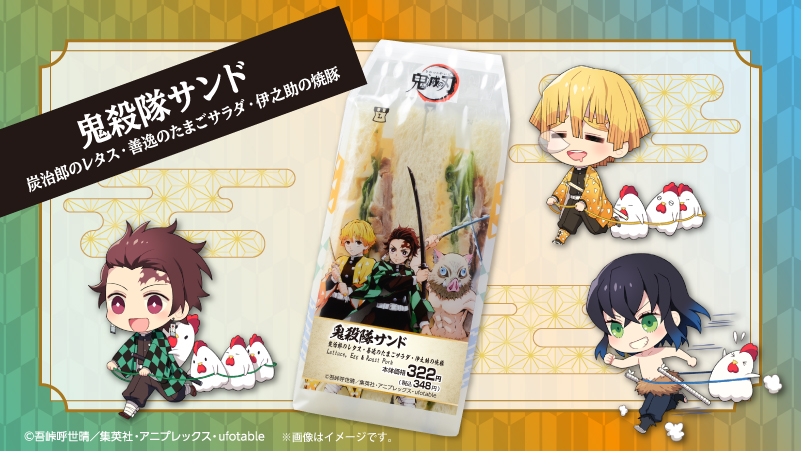 There will be other Lawson/ Demon Slayer promotions as well.

Among other things, Lawson will have a stamp rally. People can collect one stamp a day by using the Lawson app in stores between Oct. 13 and Nov. 30.

The stamps can then be turned in to enter a prize lottery.  With more stamps, you can try to win better items.  These include a 3,000 yen QUO card; a Demon Slayer figurine; and patterned cushions (green, pink, yellow and blue).

If you follow Lawson’s official Twitter account (@akiko_lawson) between Oct. 14-20, you could win an original shikishi signed by Natsuki Hanae, the voice of Tanjiro.  You have to quote and retweet tweets with #鬼滅の刃ローソンスマホくじ.

The new movie will open on Friday, Oct. 16. As we reported earlier, it will be available in standard and IMAX sizes.