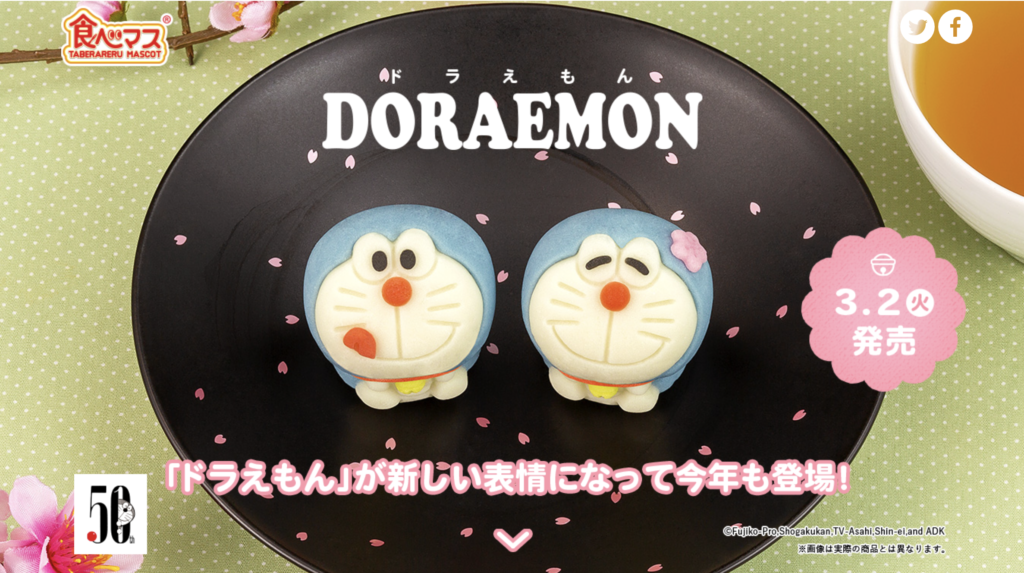 Japanese convenience store chain LAWSON has some pretty good eats. They’re not my favorite, as that’s reserved for the Japanese 7-Eleven, but LAWSON comes in at a close second. Their Karaage Kun mini chicken bites are to die for. The one thing that LAWSON really excels at is the limited edition sweets that they release throughout the year. This year is looking exceptionally good as this morning they announced that they will be releasing two Doraemon themed Japanese sweets (known as wagashi). 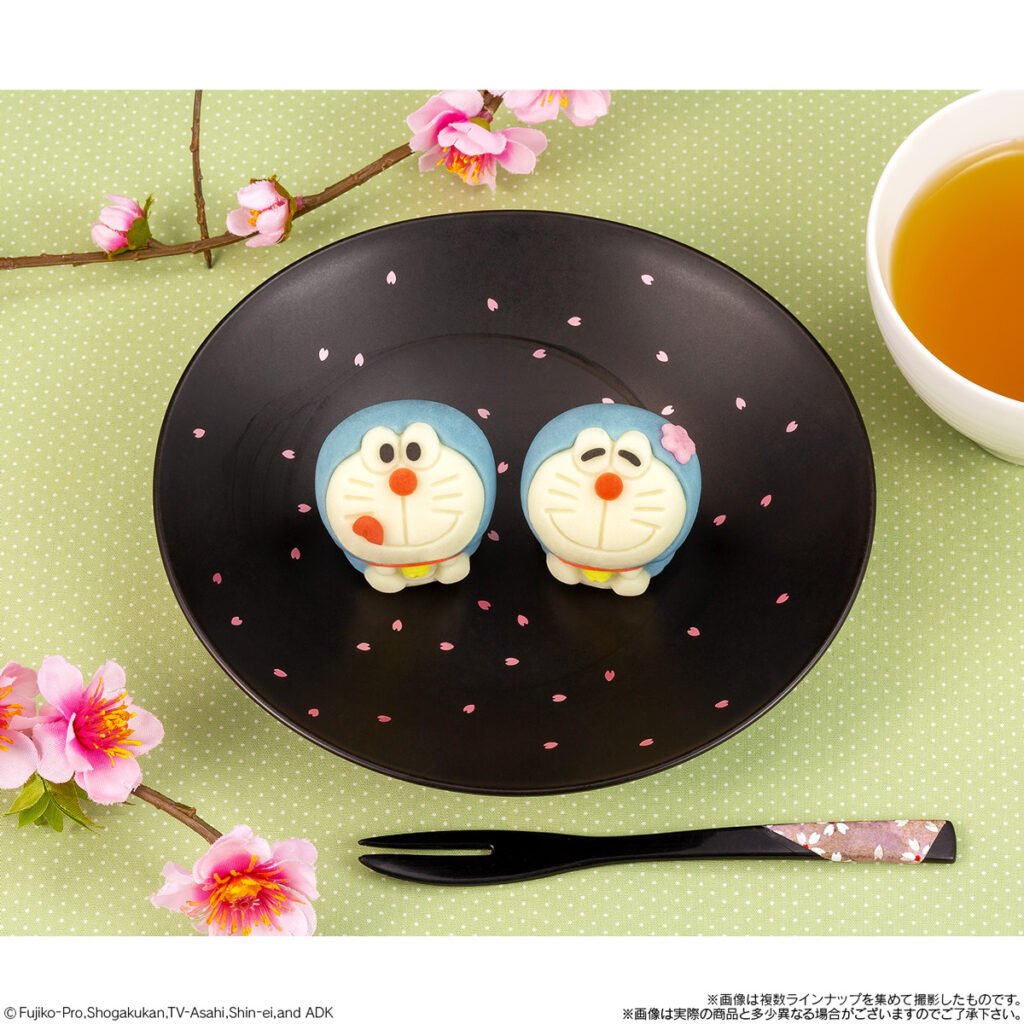 The sweets, part of BANDAI’s Candy Division, will be sold exclusively at LAWSONS in their chilled desserts section as part of their Edible Mascots series. Each of the sweets will feature the time-traveling robot-cat.

They are a ‘nerigiri’ style of sweet, a variation of wagashi, a traditional Japanese sweet eaten during tea ceremony or served with matcha tea. Nerigiri is typically made with azuki beans and has an anko filling. However, some of them contain fruit jelly or other types of pastes. The Doraemon sweets won’t be filled with anko or a fruit paste, but with custard. One version will have regular custard and the other will have a sakura flavored custard. 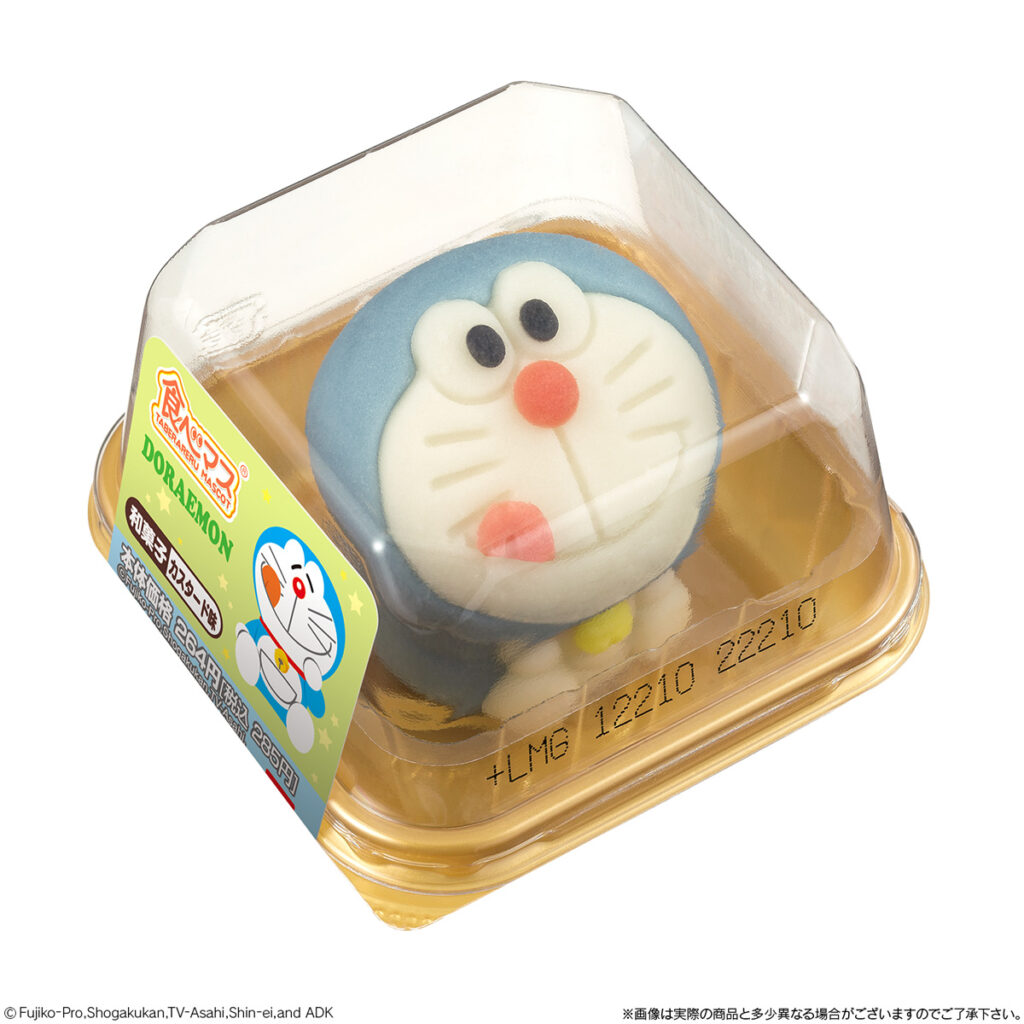 The edible mascot version of Doraemon will be available at LAWSON starting on 2 March 2021 and each of the desserts will run for ¥285 (approx $2.50 USD). The good thing about special confections like this one is that they make a huge abundance of them. This means that it will probably not be too difficult to get your hands on them if you’re in Japan at the time and have a bit of a sweet-tooth. Considering there is a LAWSON right across the street from my apartment in Tokyo, I think I might have to go grab these and give them a try.