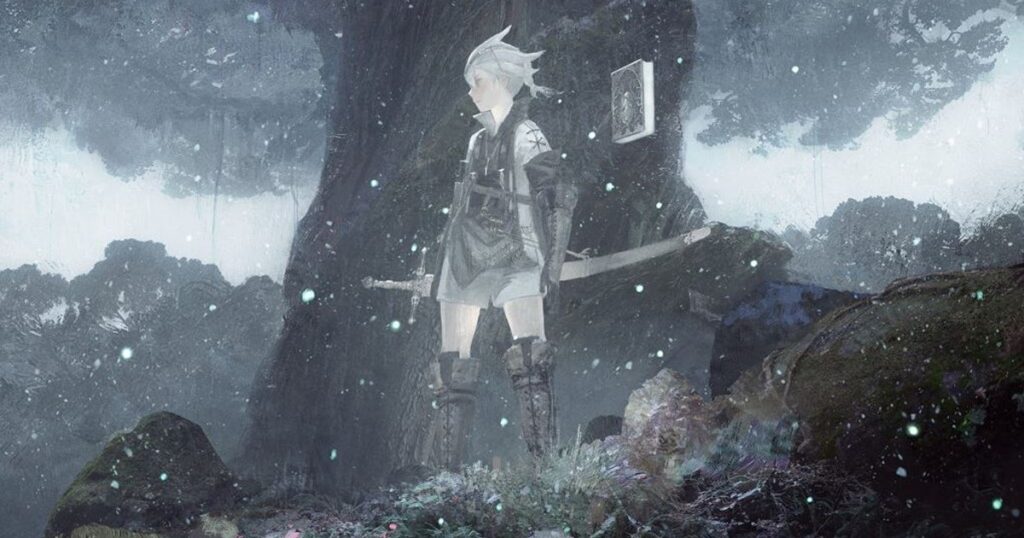 Today, Lawson announced that they’re going to be celebrating the tenth anniversary of the NieR franchise with a Kuji campaign kicking off on 30 March 2021.

Kuji (lottery) campaigns are one of the fun things that you can encounter in Japan and that happen at the various convenience stores throughout the country. There is usually a Kuji campaign of sorts going on each month at every convenience store without fail. Some of the stuff you can get are less than desirable, but others are absolutely amazing and quite rare to boot. 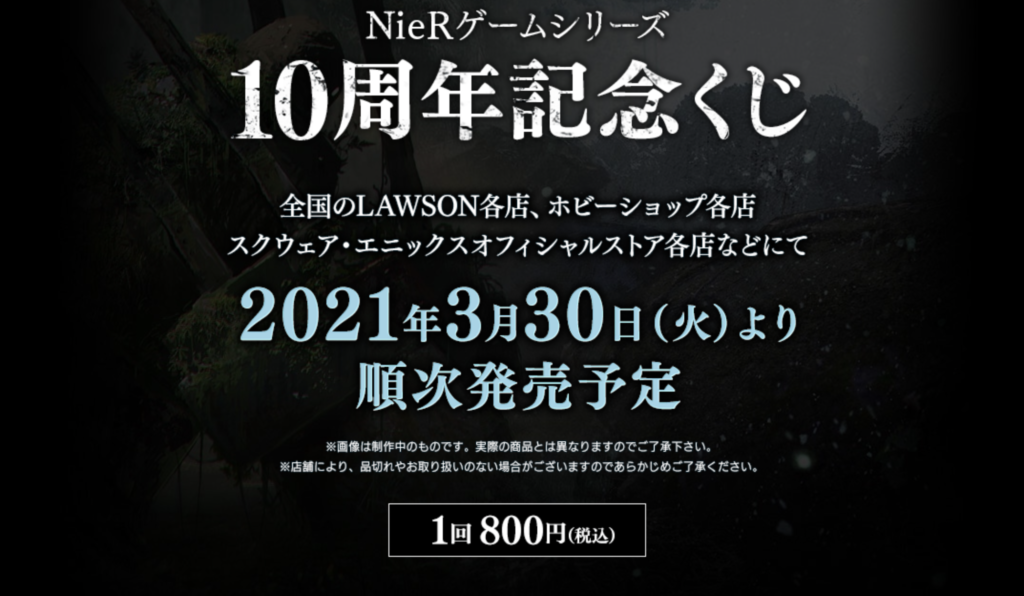 The Lawson NieR Kuji campaign will see seven different tiers of prizes. In order to enter, you would tell the counter staff that you want to purchase a ticket and they will bring a box over to you from which you would pull a card from. The card will have a letter between A and G which designates the prize that you would win. Each entry for this campaign will cost you ¥800.

If you happen to be in the area and have access to a Lawson, you might want to go give your hand a try at the lottery once it kicks off on 30 March 2021.