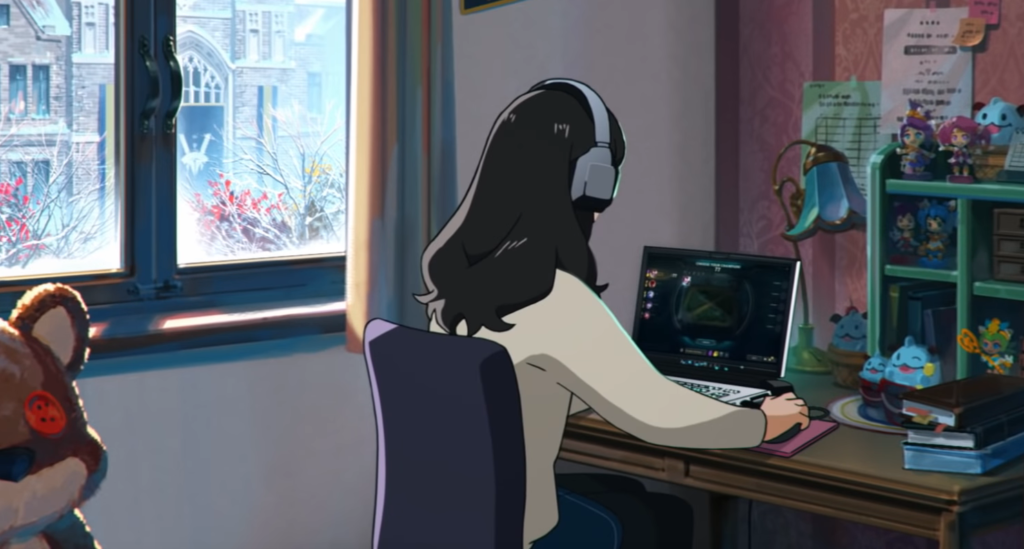 League of Legends has been no stranger to animated promotional videos, let alone those with links to anime and its industry. The previously leaked promo for the game’s 2019 season has finally been officially released, having been made by none other than anime studio P.A. Works. Directed by Shingo Yamashita, A New Journey tells a light-hearted story of friends coming together to enjoy the playing the game — because what else would it be about.

While it has its merits, I must admit the promo video feels a bit cheesy. Loosely based on a “true story”, it follows university student Michelle as she assembles a group of friends to play a game of League of Legends with. There’s something ironic to be said about the fact that the trailer is remarkably upbeat, especially given League of Legends has quite the reputation of bringing out the worst in people. If you’re a fan of the tone, however, the music featuring vocals by AmaLee tie in quite nicely, complementing the light-hearted feel and highlighting the fuzziness of friendship.

There might have not been a more fitting pick to lead this project that Shingo Yamashita. As one of the leading figures in web-gen animation, it feels almost fitting that he would be responsible for something as uncommon as a big international PV. This status also makes him good at handling teams of other web-gen animators, like the ones animating this PV for instance. His prior short-form works include having done a number of other video game PVs, as well as having handled several anime opening and endings (Naruto Shippuden OP 13, Twin Star Exorcist OP 2) which have definitely provided his ability to tell rich stories in a short span of time.

It was quite unfortunate that this trailer was leaked ahead of time. Not only did it do a disservice to everyone who worked hard on it, but there was no list of credits prepared until the trailers official release meaning that they didn’t even get the chance to get recognized when the leak made the rounds. If you enjoyed the trailer, I highly encourage you to check out the full list of credits on the League of Legends website.