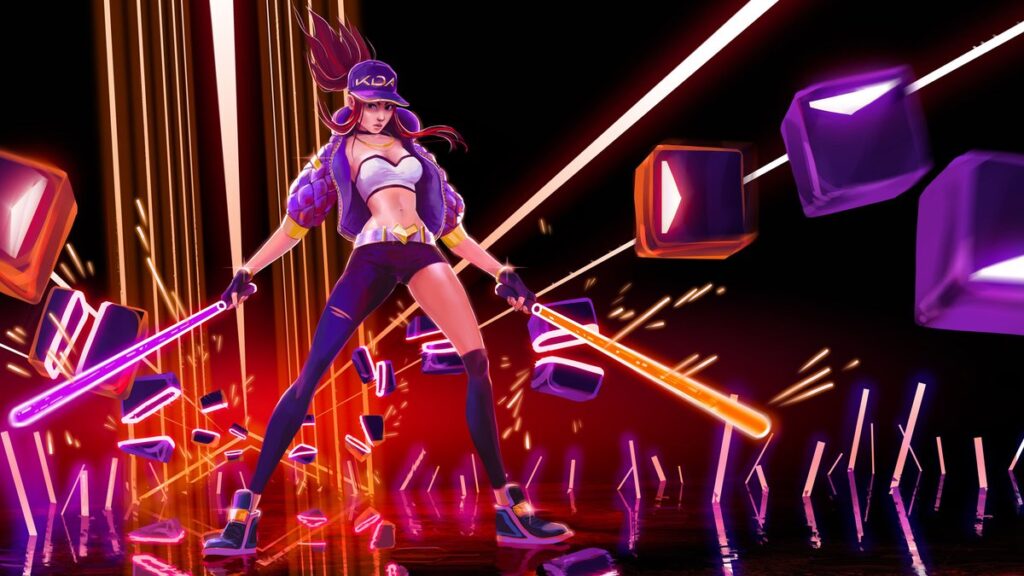 Popular MOBA title League of Legends has its own pop group, and they recently released a K-Pop song called ‘POP/STARS’ which has been a giant hit since it’s initial release with vocals for the virtual singers performed by Madison Beer, Miyeon of (G)I-DLE, Soyeon of (G)I-DLE, and Jaira Burns. Fans on all platforms of Beat Saber can play the song today, for free! According to the developer, “This will be the first time that a song from the League of Legends universe has been officially licensed for use in a rhythm game. Beat Games created the custom game map for the song, which will also feature an Expert+ difficulty level.”

Also for the first time, POP/STARS includes unique visuals which transform the game’s typical red and blue stages to a fitting orange and purple with some new scenery to boot.

Peep the song and video below.