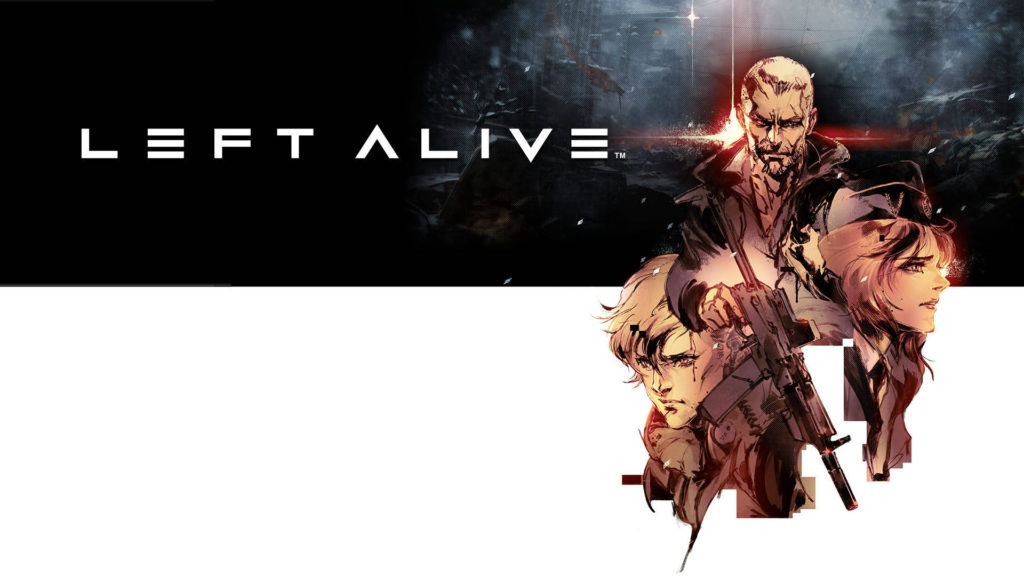 Now here’s certainly a franchise revival with a twist. When “Left Alive” was shown during Sony’s pre-Tokyo Game Show keynote event, many assumed that it was an original, big-budget, AAA title from the artisans over at Square Enix. As details started to trickle out about the game, it turns out that it is still mostly all of the above, but also a sneaky revitalization of the “Front Mission” series, with some seriously big names involved.

Before we get too into that, however, check out the trailer below. You’ll find some oddly reminiscent scenes from a sort of Fallout -esque romp, what with the 50s kitsch hotel being destroyed set to faint piano jazz:

I’m honestly understating my reaction when I say that when the city came into view and those robots flew by; my jaw hit the floor — hard. But wait, what were those names flashing across the screen? Shinji Hashimoto? Yoji Shinkawa? Toshifumi Nabeshima? Right there, at that moment, we got our first glimpse at some of the biggest names in video games and mecha coming together. It doesn’t take much more than that to know this game is going to be something special.

Even if you don’t know him by name, you are likely very familiar with Yoji Shinkawa’s work. The artist and character designer drew the game’s key art from this article’s header, and is, of course, responsible for the iconic artwork from the “Metal Gear” series. It features the three protagonists, and it has been revealed that over the process of the mostly single-player game, you’ll have the opportunity to control all three of them.

Toshifumi Nabeshima joins the project from the “Armored Core” mecha series, which is renowned for its third-person mecha-based action gameplay. In much the same way, “Left Alive” is a third-person action survival game, and you survive by fighting a ton of these robots yourself.

He wasn’t mentioned in the trailer, but an artist behind some of the most iconic mecha in anime has also joined the team. Fans of “Mobile Suit Gundam 00,” “Star Driver,” and video games like “Metal Gear Solid 4″ and “Xenoblade Chronicles” will be ecstatic to know that Takayuki Yanase will be handling this game’s mecha design team.

It’s all headed up by Shinji Hashimoto, who produced “Front Mission” in the past, and has recently been holding brand manager duties for “Final Fantasy” games at Square Enix.

So, we have a survival-action pseudo-spinoff of “Front Mission” on our hands, and it looks gorgeous from the teaser above. All we need now is some gameplay, Square Enix, and I think we’re going to have quite the massive game on our hands.