Colorful Pop: The Legacy of E-girls 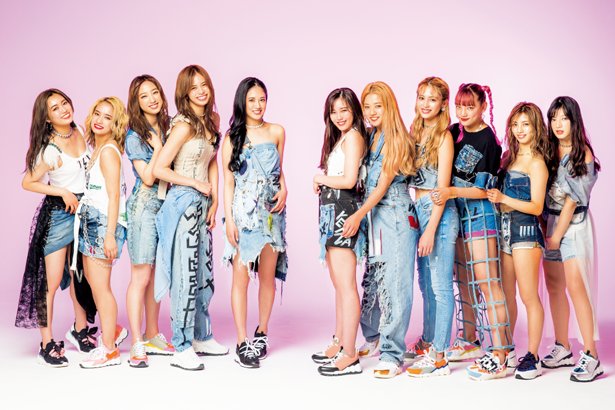 J-pop group E-girls announced Sunday their intention to disband in 2020. The project, a branch on the EXILE family tree, launched in 2011 and by the midpoint of the decade had become one of the highest-profile outfits in the nation. That didn’t really change in recent memory, but with a new year around the corner, the group revealed how they’d move forward from this central unit. Member Yuzu will start a new group with a fresh batch of performers who passed an audition sponsored by LDH Europe, while those already in the sub-group Happiness will now try to go global with help from…88Rising? That’s a twist. Reina Washio will go it solo, as will everyone else, albeit only when it comes to acting and modeling.

On a very straightforward level, E-girls (who, full disclosure, are managed by LDH, the parent company of OTAQUEST) made some of the catchiest pop to come out of Japan in recent memory.  Singles such as “Diamond Only” and “Mr.Snowman” are maximalist dance-pop done right, the sort of thing that’s not far off from the fizzy electro-pop of Perfume (which, while we are on the topic…check out one of Yasutaka Nakata’s hidden gems, produced for E-girls back in 2015). The group’s highpoint ran from 2013 to 2015, capped off by a pair of albums that are among the most jubilant to hop out of the industry in the 2010s, Colorful Pop and E.G. Time. At a time when K-pop was beginning its ascent towards being a global concern, some of Korea’s biggest stars were basically making E-girls’ songs. No seriously, just listen to Girls’ Generation’s “Party,” which features production work from the some of the same folks with the J-pop group’s music from around the same time (specifically, “A S A P” but with a little tiny umbrella placed on top).

Sometimes, you don’t have to overthink it…they just had some bangers.

E-girls, though, also served as the bridge between the first half of 2010s J-pop to what has become the norm as 2020 approaches. The group offered a market correction for girl groups in Japan, all by appealing directly to a demographic underserved by this corner of the industry…women.

It’s important to state upfront that Japanese idol music has always made space for women to be fans, and the often-shared idea that the only people cramming stadiums to watch, say AKB48, are middle-aged dudes isn’t true, especially at the top level of J-pop. The issue, however, is who these groups in the first half of the 2010s chose to prioritize. They went for the consumers with far more disposable income — which happened to be older men, which is how you end up with eyebrow-raising voyeurism in videos for “Heavy Rotation” or “Ponytail To Shushu.” Anecdotally, some of the idol shows I remember most from this decade featured “women’s only” viewing areas and large crowds of younger female fans taking a step back from the floor while older male supporters wilded out on it.

With E-girls, it was actual women invited to the forefront. A golden tenet of youth culture is that the intended audience of whatever you produce is actually a little younger than the people actually making it — they see something cool to aspire too. E-girls featured members primarily in their early 20s, making them a snapshot of adult cool for a generation of high school and younger kids.

(Though, quick aside: E-girls musical reference points could be pretty weird, especially considering how they were, in theory, courting the young listeners of the 2010s. Colorful Pop opens with a semi-cover of Yellow Magic Orchestra’s “Rydeen” which mutates into a Latin-flavored slinker within seconds. Later on that album, they offer up covers of Bananarama and Ann Lewis that burst open like shaken up cans of chu-hai.)

It all comes across on a single like “Highschool Love,” a string-accented skip down memory lane. While the central conceit hovers around friends getting back together at a reunion, it’s really designed for students who can see the finish line in front of them, and want a song to make those final fleeting moments of teendom feel extra special. It’s a tough trick to pull off, but E-girls (and all those helping make the actual music itself come together) made it seem natural.

The success of E-girls at this point reminded the industry that, right, you don’t have to zero in entirely on a narrow sliver of the music audience to succeed, but actually appeal to a really big field. Idol music in the last few years has felt far more willing to at least play with this idea — Nogizaka46 and especially Keyakizaka46 tackle subjects that actual teenagers might have to deal with in their life. It’s not some incredible paradigm shift — and E-girls only offered up one idea of how to be a girl (though that’s also why we get someone like Aimyon rising up as the 2020s start to offer up a different perspective) — but it was a shift, and it was one that came coupled with some great pop tunes too.

Perhaps most telling of all, enough changed that by the end of E-girls run they could actually branch out into excitingly strange territory with some outright duds thrown in for good measure. E-girls felt less prominent in J-pop because they had tapped into something that would eventually become more central, and their job was done. The project itself will end soon enough, but what it accomplished is far bigger.