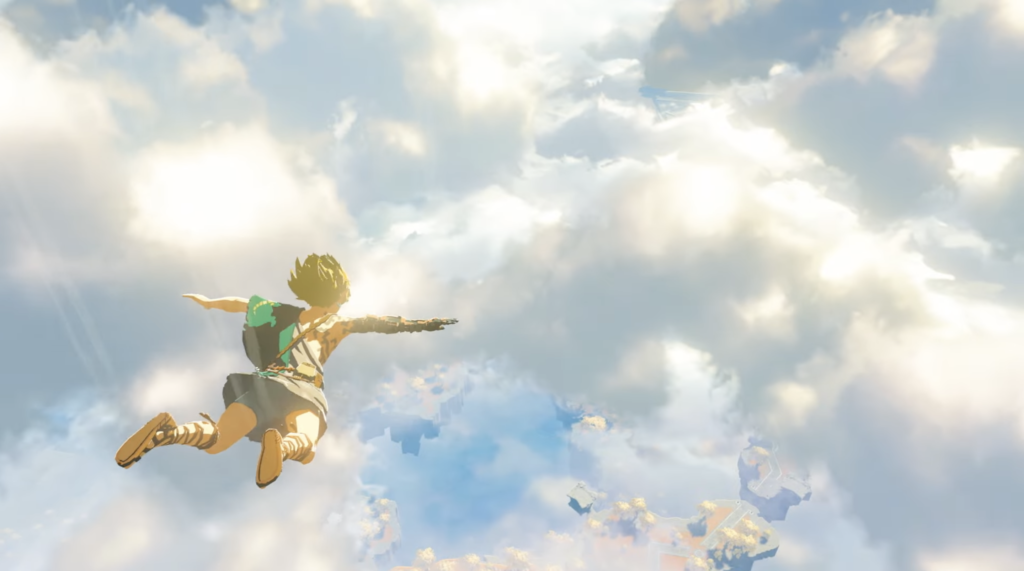 After two years of silence, new footage for The Legend of Zelda: Breath of the Wild 2 has been revealed during Nintendo’s 2021 E3 Direct, showcasing a new dimension to the open world gameplay ahead of a 2022 Nintendo Switch release.

Following the announcement of The Legend of Zelda: Breath of the Wild 2 in 2019, no further information for this sequel to the massively popular open-world rendition of Hyrule has been revealed to the public. While the ongoing COVID-19 pandemic has likely had an impact on production, fans were nevertheless restless to learn more about where else the company could expand on the Breath of the Wild formula. Where else could they go but the sky?

Closing out today’s E3 2021 Nintendo Direct was the first in-engine gameplay footage of The Legend of Zelda: Breath of the Wild 2, and instantly things were different. After all, we were in the sky. The trailer opens with the darkness returning to the world of Hyrule and Zelda falling into a ravine, suggesting a new form of darkness has begun to overtake the land. It’s then that we see the game in action and witness Link floating down in the sky onto floating islands similar to Skyloft as showcased The Legend of Zelda: Skyward Sword (maybe this is why a HD remaster is coming next month?)

What is causing areas of Hyrule to float remains unclear, but the inclusion of these sky islands comes with the expansion of the Hylian Tablet’s capabilities to even allow Link to travel through these islands from underneath. We can see that the land has evolved beyond the newly elevated Hyrule Castle, as Bokoblin camps have become more sophisticated and new things await Link on his adventure.

While no concrete release date has been announced at this time, The Legend of Zelda: Breath of the Wild 2 is currently set for release sometime in 2022.

The Legend of Zelda: Skyward Sword Had A Hard Time With Motion Controls