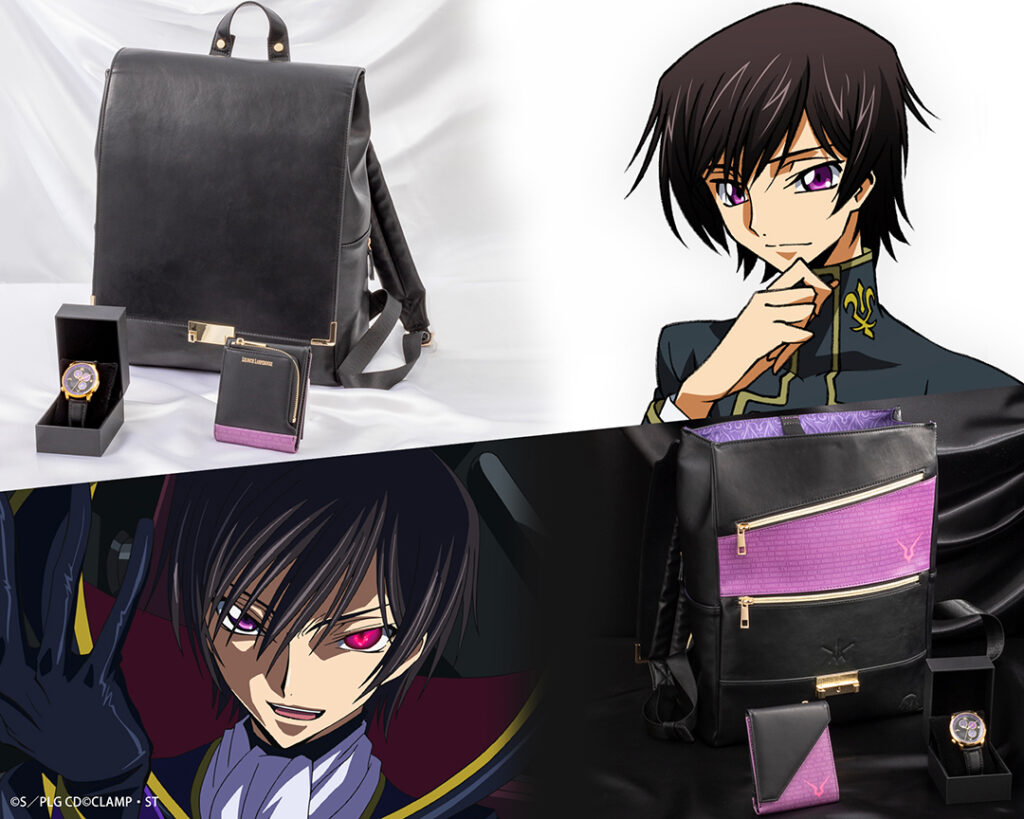 You can now have your own Lelouch vi Brittania/Lamperouge watch, wallet, and backpack, it was announced on Wednesday (Area 11 time zone). I assume that the anti-hero simply went to the manufacturer and commanded, ‘Make more Code Geass merchandise,’ and they complied.

Surprisingly, this release isn’t from SuperGroupies, although you’d be excused for thinking that it was. It seems to have the same general look, feel, and overall motif to it. Instead, it’s by EMooooN and sold through the Kadokawa store.

To be perfectly honest, it’s not quite as subtle as SuperGroupies sometimes can be with their stealthy game/ anime otaku merchandise. Partially, this is because EMooooN decided to use colors that would match Lelouch’s unique eyes. Some of the colors also match his Zero outfit, for when you want to control things from behind-the-scenes. There are a lot of other subtle and not-so-subtle clever touches as well, which will let the owner know that this is definitely from Code Geass (even if others aren’t aware).

For example, the watch has symbols of the Black Knights, the Emperor, and Geass on the face. It also has a chessboard pattern to represent the chessmaster Lelouch. The watch also has Lelouch’s quote, ‘I will destroy the world and create it anew’ in small print. 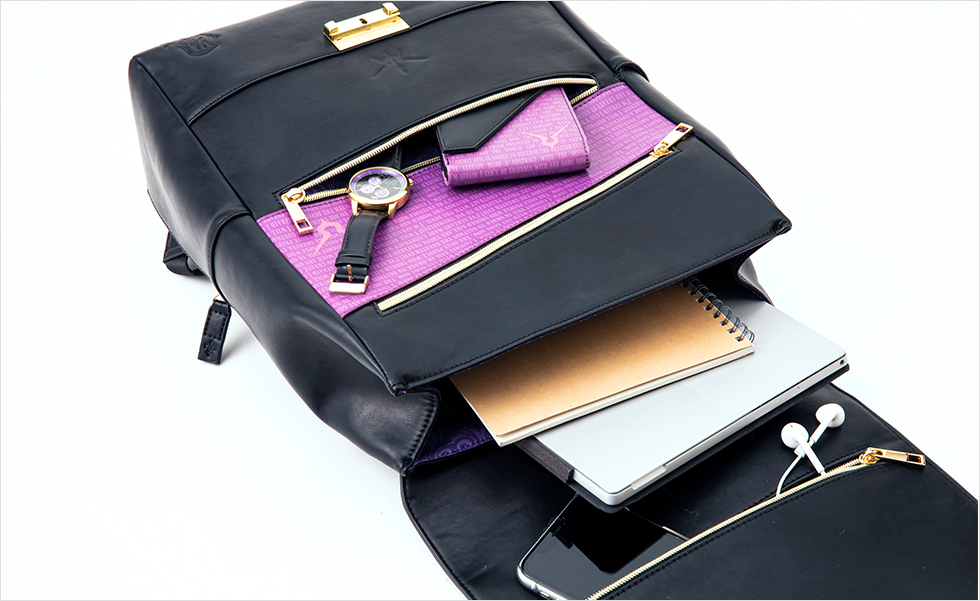 An outline of Lelouch’s head is featured somewhere on the watch, wallet, and backpack. The watch and wallet are also marked with Lelouch Lamperouge, his exiled-royal alias.

The backpack is 16,280 yen; the watch is 18,480 yen; the wallet is 12,980 yen. The Kadokawa Store will take pre-order reservations from Wednesday through 23 May. Products will ship in October.