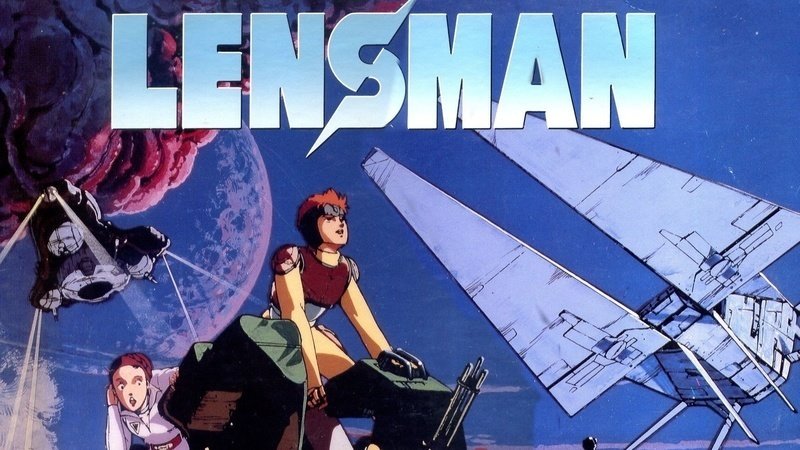 A Deep Dive on the 1984 Cult Classic That Brought Us the Galactic Patrol.

The 1980s are a treasure trove of anime classics. There’s no shortage of amazing shows from that time: My Neighbor Totoro, Speed Racer, Thunder the Barbarian, Dragon Ball. The list shows no signs of stopping and the 80s will forever be held up as a golden age for anime. Come to my house and fight me if you disagree, coward.

The downside of this golden age was that some groundbreaking work simply slipped through the cracks. That was the case for Lensman. The Lensman franchise included Galactic Patrol Lensman, a 25-episode TV series that briefly aired in Japan from 1984 to 1985, and one near-perfect movie Lensman that came out in 1985. The movie enjoys a cult fandom while the TV series is all but lost.

Before we look at the anime franchise itself, it’s important to talk a little about the books that inspired them.

The anime franchise was based on E.E. ‘Doc’ Smith’s series of Lensman books. The first book Triplanetary was published in 1934. This was followed by Galactic Patrol, Gray Lensman, The Second Lensman, Children of the Lens, and First Lensman.

The first book introduced us to two ancient space races known as the Arisians and the Eddorians. The Eddorians are hate-filled creatures, completely void of ‘anything even remotely resembling a sense of humor,’ and obsessed with ‘power. Power! P-O-W-E-R!!’. They basically were Klingons before it was chic.

The Arisians were rich in knowledge but lacked in power. Knowing they were no match for the Eddorians, they followed the Lil’ Wayne rulebook of real G’s move in silence like lasagna. They laid low for eons, breeding only the most powerful amongst them until they were ready to fight.

During this time in hiding, they made outstanding technological advances, like the ability to travel faster than the speed of light. Arisians also have a penchant for helping humans. Which is how the Lensman are created.

A Galactic Patrol Is Born

After his first book, E.E. ‘Doc’ Smith introduces us to The Galactic Patrol. They, for lack of better words, are space police. Their origin story is shown in The First Lensman when a human Virgil Samm is allowed to visit The Mentor, basically just a brain, in Arisia.

The Mentor gifts Virgil Samm with The Lens. He is told that those that wear it have near ultimate power but are incorruptible. Virgil Samm is told to recruit future Lens wearers and is assured the Lens will guide him.

Those that wear the Lens become known as Lensman and start The Galactic Patrol. They are the peacekeepers.

The lens itself has many powers and cannot be stolen from a Lensman or transferred to another man. And yes, I mean man, it is written that being a lensman ‘is as masculine of a trait as whiskers’. Though we are promised there will be one female Lensman, as a little treat.

This is the least of our worries. The series though brilliant brings up the cringe-worthy excuse of ‘product of its time’ on more than one occasion. At its core, however, is a genius concept that has inspired so many other titles. 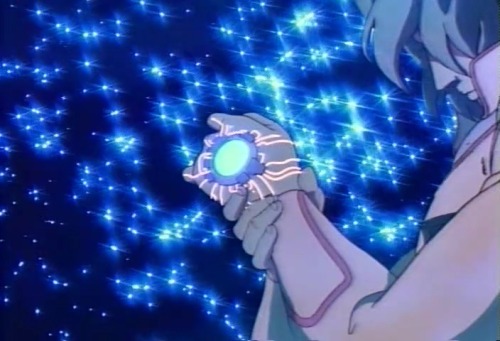 The Legacy of the Lensman Books

It’s not unfair to say that without these books, Sci-Fi would be missing a full sub-genre. E.E. ‘Doc’ Smith is often credited as the father of the space opera. A space opera is a melodramatic, and often romantic, conflict set in multiple galaxies. Chewie, we’re home.

Not without reason, The Lensman series is often referred to as the direct predecessor of Star Wars. Fans are also quick to point out a remarkable similarity between the Lensman and The Green Lantern.

Julius Scwhartz, creator of The Green Lantern, has denied any tie between the two. Sure, Julius. And let me guess, Mandy Moles didn’t steal my boyfriend Danny in the third grade. Don’t worry everyone, Danny wasn’t shit, and neither is the Green Lantern.

Whether there is any direct link from to these pop culture giants, one thing remains true. The Lensman books were a Sci-Fi revolution.

In 1966, E.E. ‘Doc’ Smith was nominated for the Hugo Awards all-time best series award. The awards were held in Cincinnati and Isaac Asimov was the ‘Toastmaster’ of the event. Also nominated was J.R.R. Tolkien for The Lord of The Rings. Both Doc and Tolkien eventually lost to the toastmaster himself, Isaac Asimov for the Foundation Series.

So it’s no wonder that they adapted this beloved series to film. What is remarkable is that it took 50 years.

The Lensman premiered in Japan on 7 July 1984. The movie follows the story of 17-year-old Kimball Kinninson, who prefers to be called Kim. Kim lives with his father Gary Kinninson and together they, with a little help from their robot friend Sol, are farmers. Yup. Kim Kinninson is a real regular guy.

Until one day, everything changes.

Kim boards a run away ship that’s heading towards the family farm and makes a safe landing. He finds the pilots, a dying Lensman, Once landed he helps the dying Lensman off the ship. The Lensman warns that the galactic alliance will be destroyed if he doesn’t get his message through about the enemy Bosco’s fortress.

Kim Kinninson asks what he means before, through the help of some incredible 80s graphics, the Lens is transferred to Kim as the other Lensman dies. Transferring a Lens had never been done before and was thought impossible. Kim Kinninson is now a Lensman with a mission to save the galaxy.

We soon find out that Kim’s father Gary wasn’t always a farmer, he helped create the Galactic Patrol. Maybe Kim was destined for greatness.

*A DECADES OLD SPOILER AHEAD*

Gary Kinninson dies soon after his son becomes a Lensman. He does, however, get an epic death scene where his final words are ‘Live for Freedom, Die for Freedom.’ If they are cutting your character out of a show, ask for the Gary Kinninson treatment.

That leaves Kim to deliver the message and save the galaxy. He has a little help from his misfit crew: the wise cracking Buskirk, hot nurse Clarissa Mac Dougal, and the boisterous DJ Bill. In the end, and a couple of visits to a nightclub on Planet Radalix later, the team saves the day.

The movie is packed with adventure and enough chase scenes to make even fellow 1984 film The Terminator blush. The movie itself has enjoyed a loyal following, but never made the splash that was expected of it. Especially when you consider the team behind it. 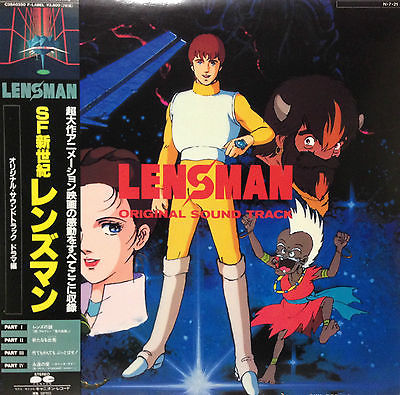 The Team Behind Lensman

Lensman was produced by Madhouse. In fact one of Madhouse’s founders, Yoshiaki Kawajiri, directed the film as his directorial debut. He would go on to direct anime classics such as Wicked City and Ninja Scroll.

The soundtrack was done by Akira Inoue, who also provided music for the 1987 anime Lily C.A.T.

The show was made possible by the cutting edge technology at JCGL (Japan Computer Graphics Lab). The grunt work was done by the now legendary Cray-1 computer. There was still plenty to be done. However, animators made 24 individual hand drawings to move a character for one second.

The movie debuted with mixed reviews and a line of toys I’d sell my home to own. Compared to the TV series though, the movie can be counted as a rave success.

There is little to write about the TV series because frankly, very little is known. It’s more of a mythic anime lore than a fact. A story of lost content told only at the spookiest of slumber parties.

In October 1984, only three months after the movie premiered, the Lensman TV series aired in Japan. The series ran for nearly a year and totaled 25 episodes, many of which have never been seen since their original airings.

A handful of the episodes can be found on YouTube and are worth a watch. If for no other reason than the theme music.

Why has the show all but disappeared from the face of earth? The long and short of it is that E.E. ‘Doc’ Smith’s widow didn’t approve of the show. It was made with approval, of course, but she was wildly displeased with the end result. The show got tangled up in copyright battles that eventually ended the show. 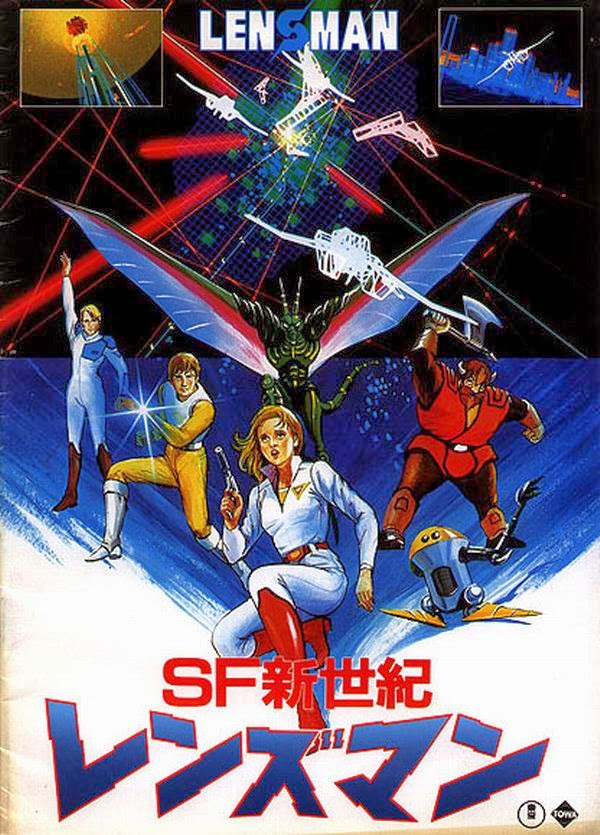 Whether it’s because of the epic characters and story or its mysterious disappearance, Lensman still enjoys a comfy spot in the heart of anime lovers.

Is the story of Kim Kinninson and his Galactic Patrol really over? The works of E.E. ‘Doc’ Smith are now public domain. Maybe it’s time we give The Lensman one more chance to save the galaxy.