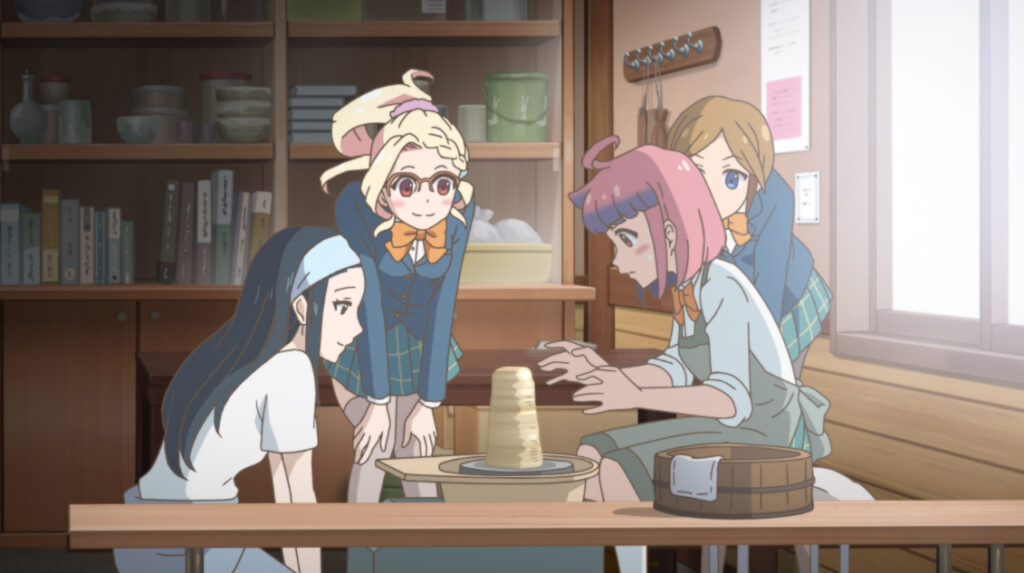 Let’s Make A Mug Too is a short anime series which Crunchyroll picked up and streamed the first episode on Monday.

Judging from the first episode, it looks like this is going to be a cozy, comfortable series. It’s hard to tell yet if this will be a decent replacement for either Non Non Biyori or Yuru Camp/ Laid-Back Camp, both of which ended seasons recently. But it certainly seems to be aimed in that direction.

The main protagonist is Himeno Toyokawa, a schoolgirl who just moved to Tajimi City, Gifu Prefecture, with her father. Dad opened up a café in town, and you notice immediately that the café is filled with interesting-looking mugs.

In the first episode, Himeno has already made friends with a neighboring girl, Nao-chan. But the story is really pushed forward by Mika Kukuri, who is nuts about pottery. Or just plain nuts, in general. Yes, Mika is the enthusiastic, bubbly, and energetic type who tends to show up in a lot in schoolgirl series such as this one. The fourth girl is Touko-senpai, the leader of the pottery club. 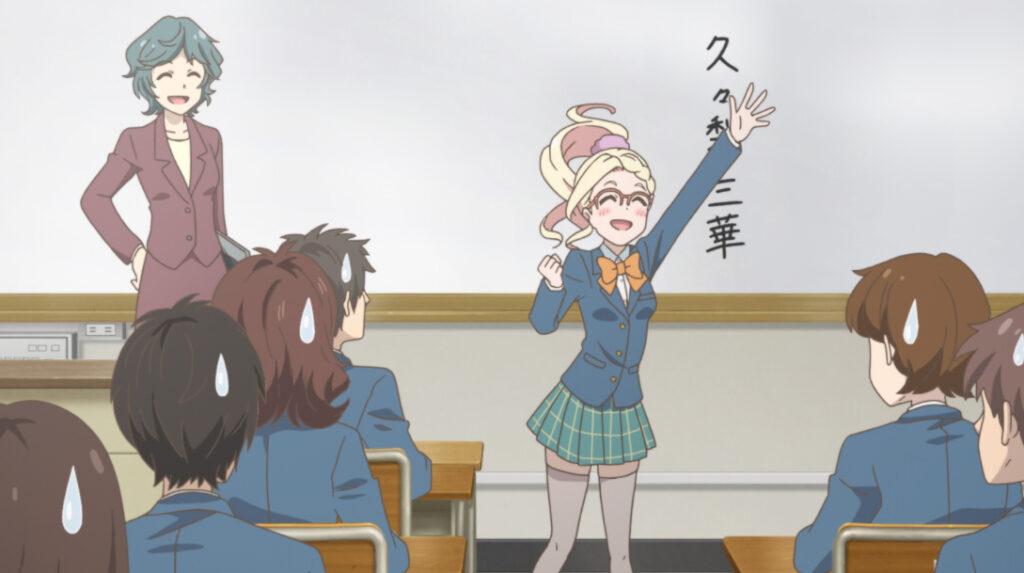 As you can see from the above description, the series uses a few common school tropes (newcomer, genki girl, senpai, etc.). Still, you get a sense that this series is going to rise above typical four-girl club comedy anime themes.

For one thing, there is the pottery theme. Japanese pottery is Serious Business, with the best examples from pottery masters showing up at international museums. It’s one of the primary examples of the art of ‘wabi-sabi’ imperfection.

The Tajimi City location is no coincidence, as the area is proud of its pottery making. The manga Yakunara Mug Cup mo even started out as sort of a promotion for the region.

Then there is Himeno’s mother, who (minor spoiler) apparently was one of these pottery masters. Mika and Touka recognize her mugs immediately and are initially impressed to have Himeno join the club. 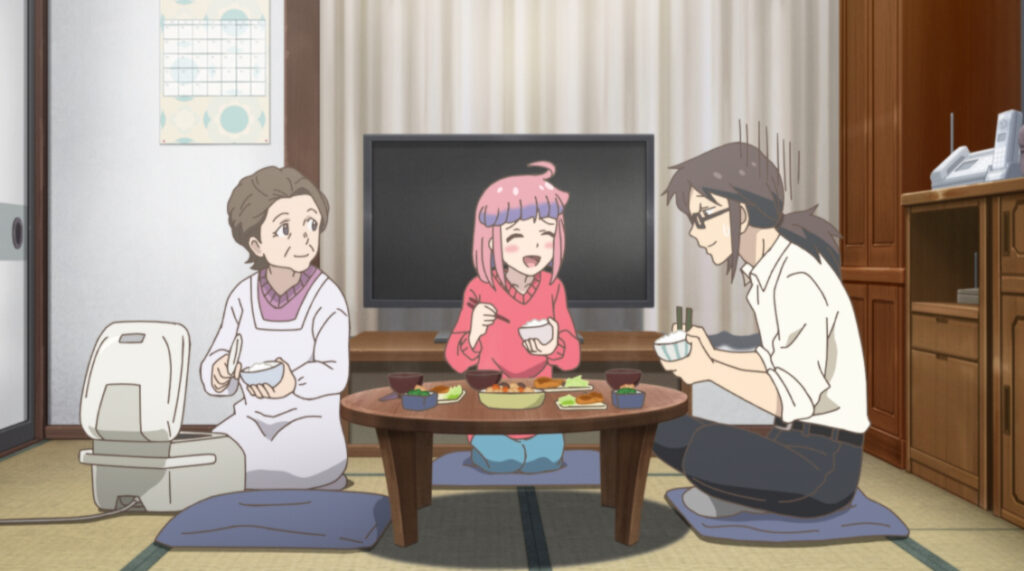 The fact that Himeno doesn’t know her own mother’s history, and that dad seemed initially hesitant about the pottery club, suggests a possible story arc to the series. Certainly, I would be surprised if her mother doesn’t continue to show up or be a topic. Also, there’s the question of whether Himeno can live up to her mother’s reputation.

I’m a sucker for schoolgirl comedies, but this does look like it should be a good series. I’m also a fan of short series, and the episodes are only 15 minutes long (longer than a short gag series or spin-off, but shorter than a typical anime series).

Recently, I’ve noticed a lot of series set outside of Tokyo, such as Yuru Camp (Yamanashi Prefecture), or the hilariously local Yatogame-chan Kansatsu Nikki (Nagoya). Hopefully, this series will also provide some local cultural lessons, just as those other series do.

In short, this looks like a short, cute, and cozy series which ought to provide some comfy, local pottery comedy.