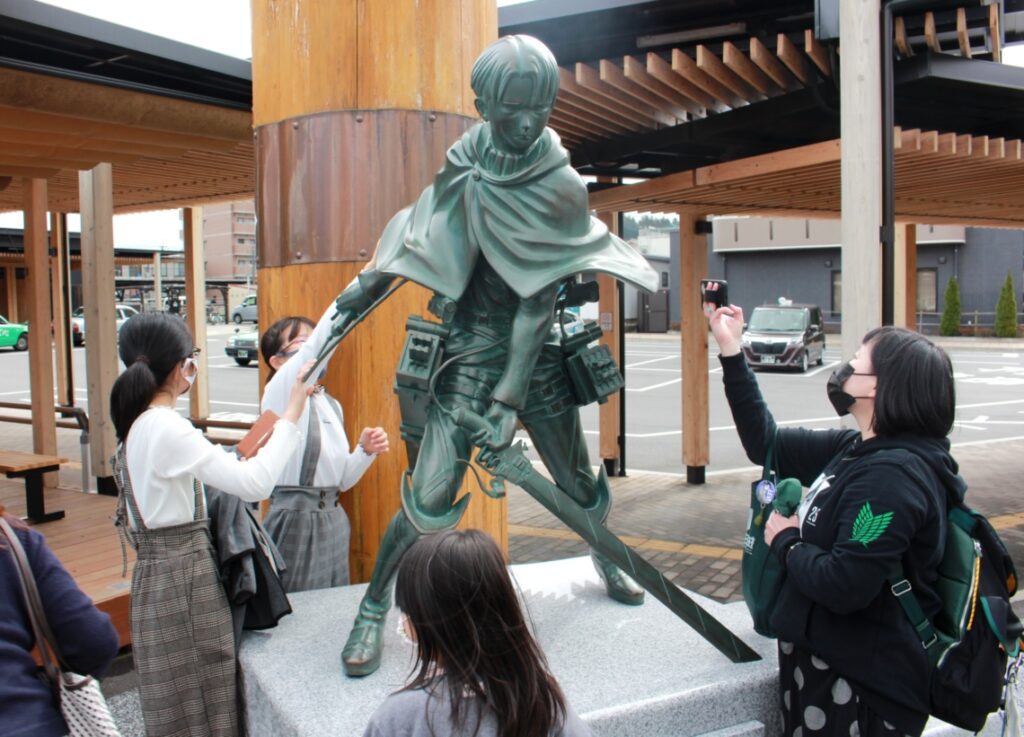 With every passing day, Hita City in Oita Prefecture just gets higher and higher on my list of places I want to visit in Japan when all this pandemic nonsense is over. Just last year, bronze statues of Eren Jaeger, Armin Artlet, and Mikasa Ackermann were unveiled in front of the colossal Oyama dam, symbolizing where Hajime Isayama originally got the inspiration for his Attack on Titan manga series. Now, Captain Levi is joining the party as the latest Attack on Titan character to live forever as a statue in Hita City.

Unveiled yesterday, the Levi statue that now stands in front of the JR Hita Station was actually a stretch goal for the original crowdfunding campaign, after it smashed its initial target of 14 million yen. It’s based on a design by Hajime Isayama and captures all the effortless badassery that the character is capable of. The creator wasn’t present for this unveiling, although he was present for the last one.

Isayama’s official comment on the unveiling suggests that he’s more than aware of Levi’s immense popularity: ‘as the number one most popular character who has supported Shingeki all these years, I’m indebted to him. I hope he’s pleased.’

He probably would be, but whoever is responsible for the maintenance of the statue better make sure that he’s kept nice and clean every day! Otherwise, they might incur the wrath of his cleanfreak personality. 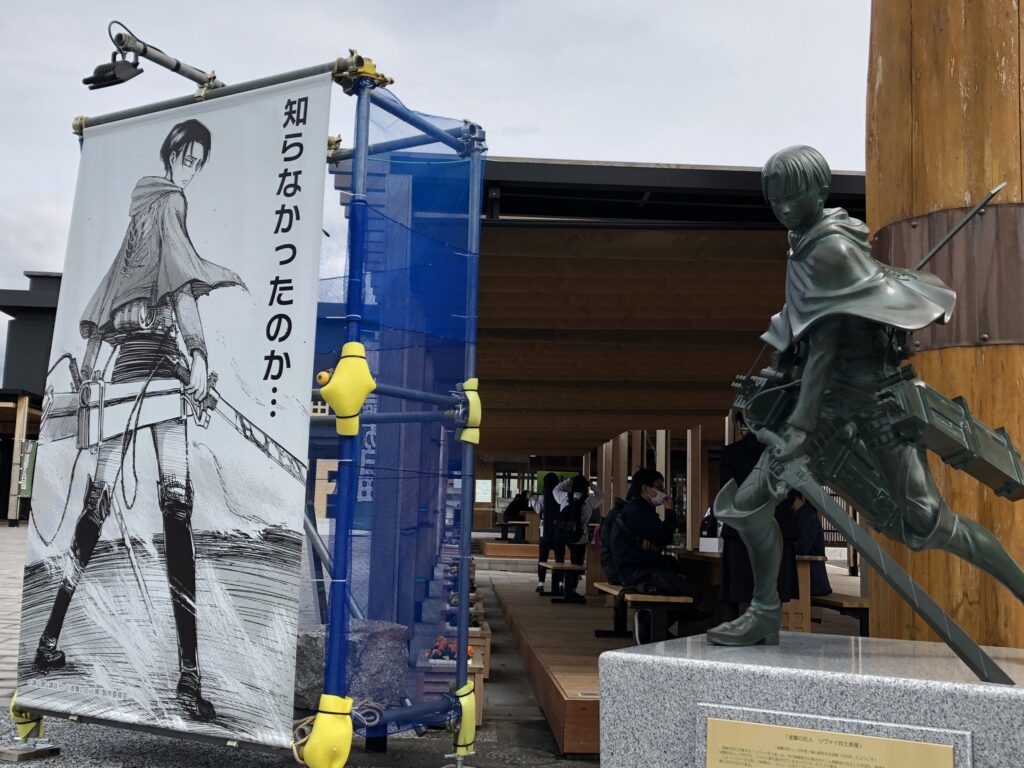 With the unveiling of the Levi statue in Hita City, all the projects promised as part of the original ‘Attack on Hita’ crowdfunding campaign have been fulfilled, turning the small town in Oita Prefecture into a veritable mecca for Attack on Titan fans. One hopes that once travel is possible again, fans from around Japan and, indeed, the world will make the effort to see these fantastic statues: this would fulfill Hajime Isayama’s original goal of bringing more tourism to his hometown and the surrounding area.

In the meantime, we can look at the pictures, I suppose.