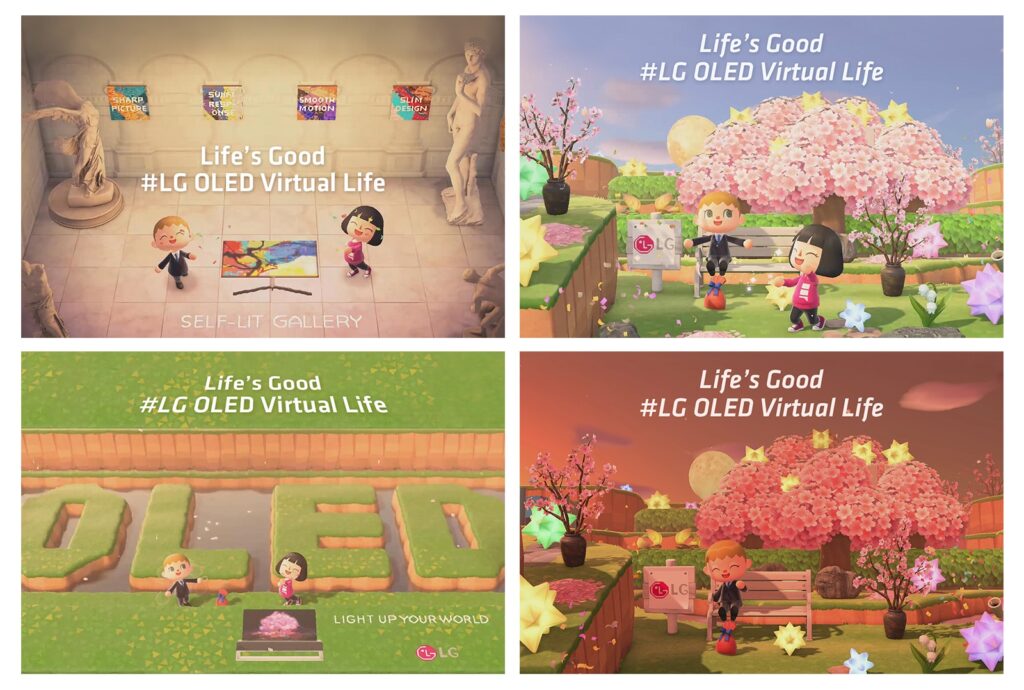 In order to promote their new range of TVs, electronics manufacturer LG have created their own Animal Crossing: New Horizons islands that interactively showcase the benefits of their newest line of consumer TVs.

Animal Crossing is a great way to show off your creative chops, and many players have already created stunning showcases that bend the limits of what is possible in the game. We’ve featured some of these stunning user-created islands before, and this expressive element is part of the game’s core appeal for many. Companies have, expectedly, jumped in on the action themselves, long before LG, but this latest attempt from the company is perhaps the most blatant attempt to turn the phenomenon into a promotional tool.

These two new Animal Crossing islands are being used by LG to promote their line of OLED TVs. They’re each split into four separate areas that showcase the benefits of the TVs while acting as a cute way to display the features of these devices, from Cinema to Gallery to Gaming to Sports. The idea behind it is that looking at basic information on a potentially consumer purchase can be boring, but having a Dream Island to explore makes it more interactive and engaging, and may even convince a few people previously on the fence to make the jump into buying a TV of their own.

Companies like MOS Burger, Ippudo Ramen, Komeda Coffee and more have taken advantage of the game in their promotion, with so many taking part in the trend that Nintendo has released guidelines for companies using the game in promotional materials. Even a year on from release, the game is still as appealing to players as it was when it launched, and the large player base has helped push the game to not just one of the most popular Nintendo Switch games on the system, but an instantly recognizable visual language.