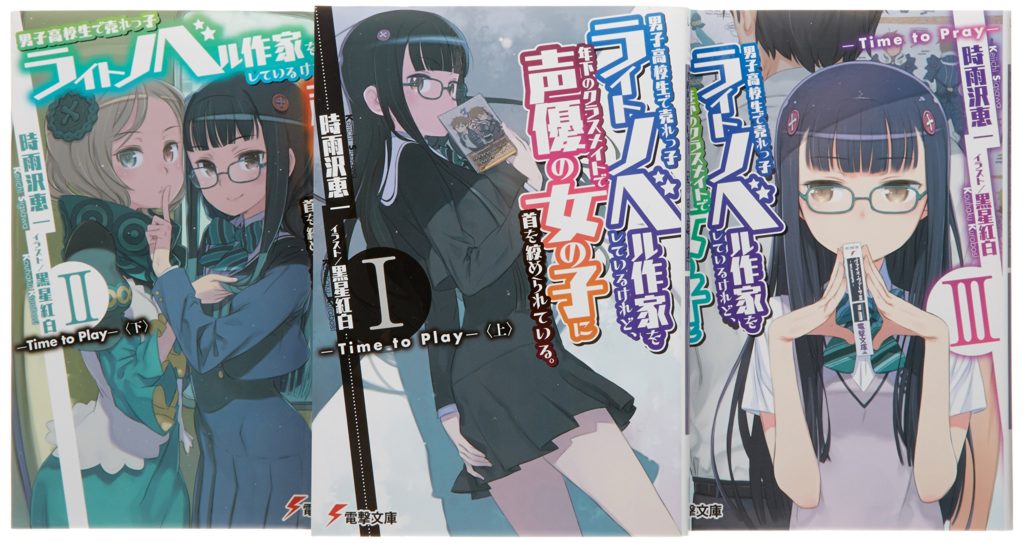 Light novels have a bit of a problem with long titles. I seem to remember people starting to realize this problem with the release of Ore no Imouto wa Konna ni Kawaii Wake ga Nai, and every year the light novel industry seems to be trying to one-up itself with outlandishly long titles. The trend has, in turn, pushed Twitter user GenreCodeLovers to compile some rather impressive data to show the history of long titles in the industry – with some surprising findings.

GenreCodeLovers compiled their data based on data available through ‘Ranobe Mori’ (Light Novel Forest), a Japanese site that collates information about light novels. Based on the data, they were able to create this first impressive chart that breaks down title length alongside year of publication (click the image to see bigger size):

On the y-axis you have the year of release, starting with 1975 and ending in 2018, and on the x-axis, you have title length. It’s worth noting that title length is calculated a bit differently in Japanese, counting the number of characters in the title (including punctuation and spaces) and not just the number of words.

When it comes to the king of long titles however, you’ll see that there is only one title that ranks the highest in the data set at 76 characters. That title is Danshi Koukousei de Urekko Light Novel Sakka wo Shiteiru Keredo, Toshishita no Classmate de Seiyuu no Onno no Ko ni Kubi wo Shimerareteiru. II ~Time to Play~ <Ge>. I won’t bother to even try and translate all of that, but you can check out the title here if you’re curious. 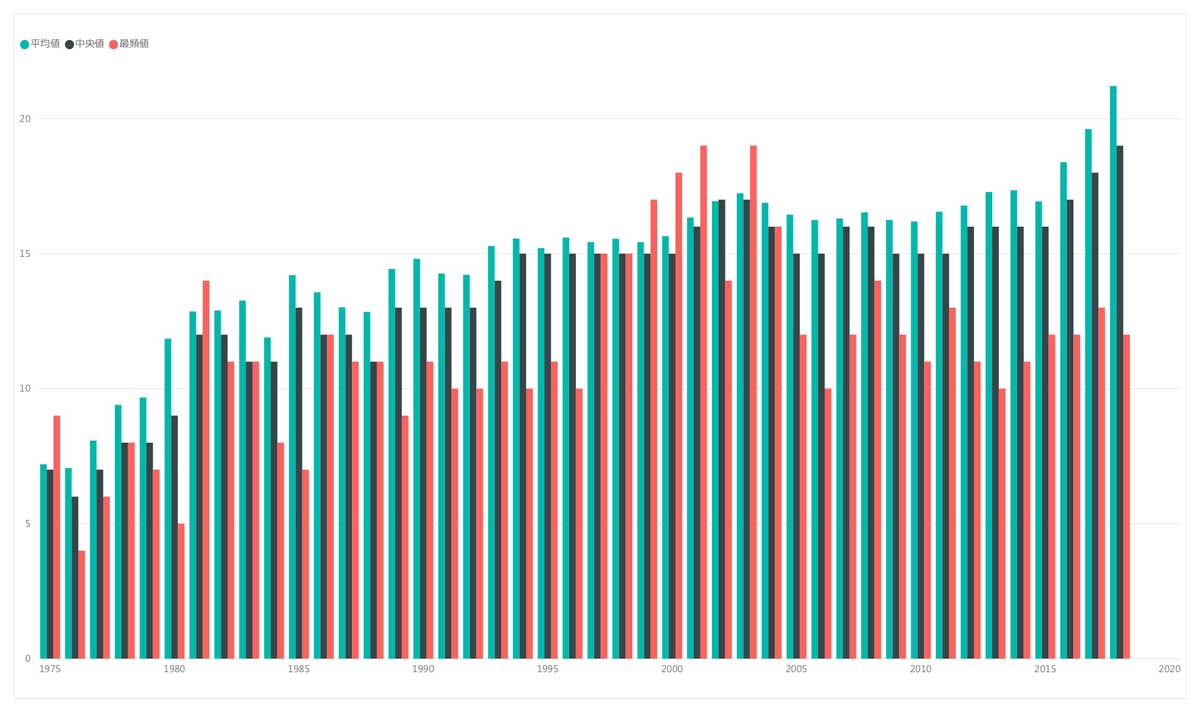 This second chart breaks down the mean length (blue), median length (black) and mode length (red). When it’s expressed this way, the data clearly demonstrate an increase in the average length of light novels, which only underscores that this issue is definitely a recent one. 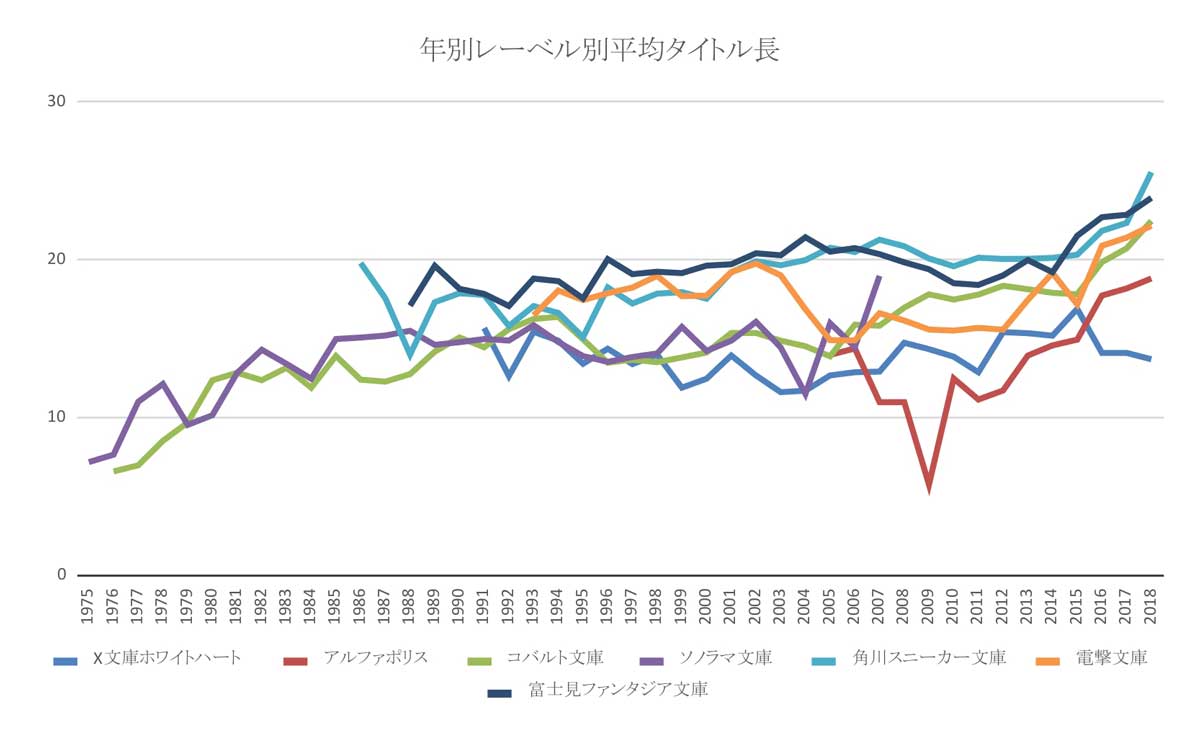 If you’re looking for someone to blame for the outlandishly long titles, then here’s just the chart for you. It tracks the mean title length by publisher in the same time range. Vying for the ‘top’ spot are publishers Kadokawa Sneaker Bunko and Fujimi Fantasia Bunko, who are both curiously owned by the Kadokawa Corporation. Perhaps it’s Kadokawa’s fault, then? 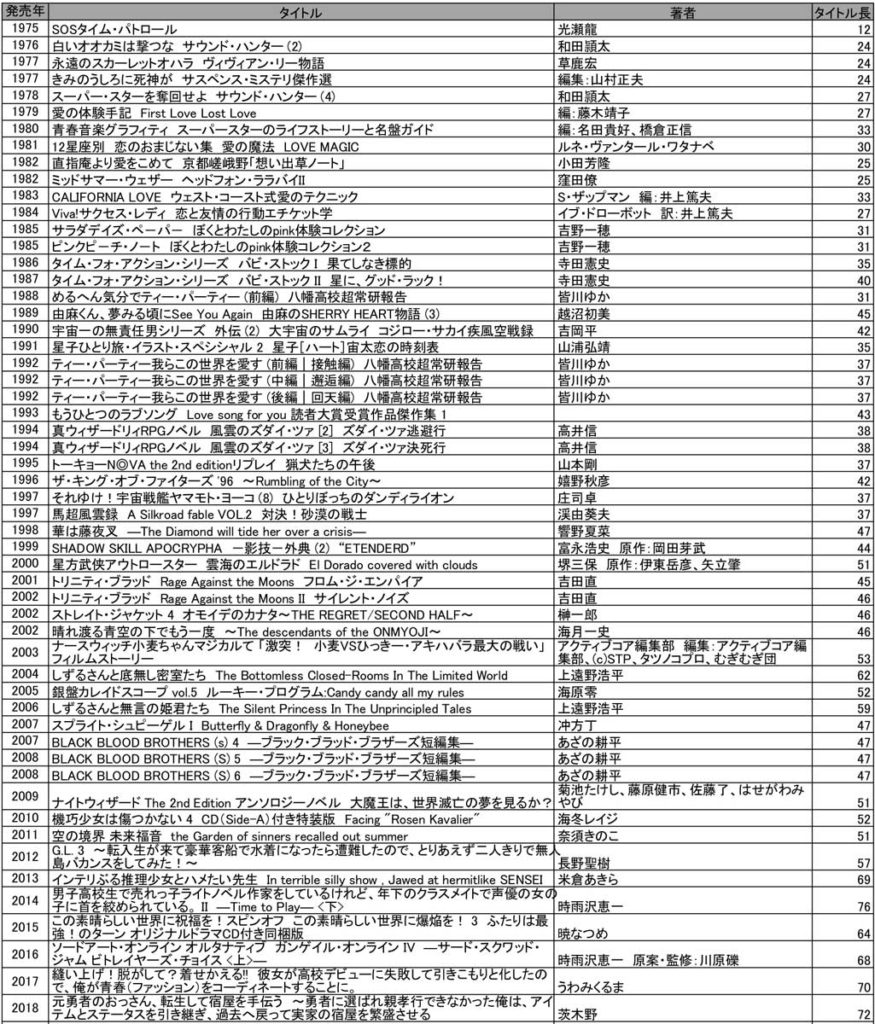 This final chart breaks down the light novel with the longest title each year. Seeing 1975’s 12-character long title seems almost surreal next to the gargantuan titles that start cropping up in the 2010s. You’ll also see some rather famous light novels up there – Kinoko Nasu’s Kara no Kyoukai, Konosuba and Sword Art Online Gun Gale Online Alternative. I’m almost embarrassed to say that I enjoy all three series in light of this – perhaps I’m part of the problem…

Thanks to GenreCodeLovers for their excellent work on this truly illuminating data work – go show them some love over on Twitter if you get the chance.