Like Magic: What’s the Deal With Ojamajo Doremi, Sharp, and 16? 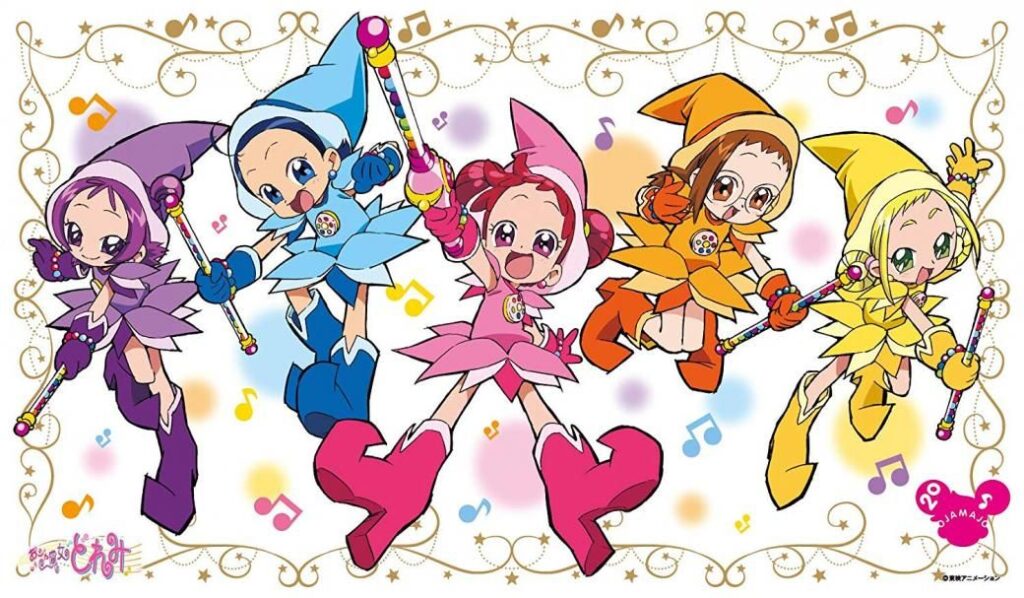 For those of you who grew up with the Konami-owned 4Kids channel, you know exactly what I mean.

The channel acted as a lot of child, preteen, and teen viewers’ introduction to anime as something that existed, even if they didn’t know it at the time. Two series that cemented, endeared, themselves to my current older self’s memory are Ojamajo Doremi (dubbed Magical Doremi in the U.S.) and Tokyo Mew Mew (Mew Mew Power in the U.S.).

However, I’ll be leaving my thoughts on the latter and its iconic, polarizing first villain for another article.

While magical girl series have a tendency to follow the same formula a couple of episodes in, I always considered my first magical girl anime, Ojamajo Doremi (overseen by Toei Animation), unique in the way it was packaged.

Unlike classic magical girl shows like Cardcaptor Sakura and Sailor Moon, 4Kids’ take on Ojamajo Doremi felt less ‘do or die’ in terms of stakes. There was no serious danger hunting down the main characters nor any threat of the world coming to an end; rather, this show’s premise hinges on our main character paying back a debt.

Now I Am a Witchling!

Unsurprisingly, Ojamajo Doremi’s namesake comes from its protagonist, elementary school student Doremi Harukaze (known as Dorie Goodwyn in the English dub). Doremi demonstrates many qualities typical of the shoujo genre and shoujo heroines. She’s an air-headed, boy-crazy, and meat-loving girl who loves her some steak.

It is her decision to visit a mysterious shop, the Maho-Dou, on an after-school whim, a trip that results in her exposing the witch, working there, Majo Rika, that sets the plot in motion.

In the world of Ojamajo Doremi, witches are not necessarily evil beings. They operate in a separate realm, but visit that of humans in order to practice their magic as well as sell charms and other wares. However, should a witch be called out for being a witch, she is punished via being turned into an animal.

And so begins Doremi’s apprenticeship to Majo Rika in the hopes of becoming strong enough to return the latter to her witch form; thankfully, she isn’t in this alone.

The girl makes friends and recruits other witch apprentices along the way, the first two being bookish Hazuki Fujiwara (known as Reanne Griffith in the English dub) and the tough-as-nails Aiko Seno (known as Mirabelle Haywood in the English dub). The trio of fledgling witches, witchlings, endure many a trial together, whether it be doing good deeds, running a magic shop, or taking witch exams and training their fairy companions.

Or better yet, facing the hardships of everyday life.

(I could not recommend Season 1, Episode 23 enough.)

I’ve always liked how ‘grounded’ the magic was in Ojamajo Doremi with most of it being used to fix everyday problems rather than fighting baddies and monsters, etc. There’s a clear cost to magic as well! Which isn’t a particularly new concept, but the way in which Doremi and friends have to give up musical personal items and rely on emotions in order to cast spells via the physical ‘spell drops’ in their wands is well executed.

I thought the English localization that was Magical Doremi was rather charming and did the trio justice by giving them ‘Doremi’ names (i.e Dorie, Reanne, Mirabelle) that evoke a greater sense of teamwork than focusing on Doremi Harukaze alone. This localization was not fully dubbed and heavily re-edited though, so anyone interested in getting a full Ojamajo Doremi experience should watch the original.

Despite being a magical girl anime that incorporates color and cute moments, the show is built on different types of witches, which is pretty unheard of (aside from Puella Magi Madoka Magica for obvious reasons).

The realm of witches is where the trio advance their training and has some interesting mythos in its own right. It turns out, there exists a hierarchy in which the most powerful witch is named queen. This adds a layer to Majo Rika’s indignation at being turned into a frog and ultimately brings the trio and their mentor closer together as the first season progresses.

The second season was dubbed Ojamajo Sharp/Ojamajo # so as to continue its legacy as a vaguely music-themed show.

While the first season focuses on introducing us to our main players as well as the rules associated with the witch world, the second throws a baby born from a flower into the mix. The trio is tasked with caring for the magical infant Hana, the girl destined to serve as successor to the current witch-queen, while various rivals vie for the throne from the shadows.

To be fair, Sharp does have more of the stakes expected from titles such as Cardcaptor Sakura and Sailor Moon. Though, it never loses sight of its slice-of-life storytelling.

To make this season even more interesting, a fourth witchling is introduced in the form of pop idol and transfer student Onpu Segawa (also known as Ellie Craft), later revealed to be the apprentice of Majo Rika’s rival.

This particular piece of Ojamajo Doremi history took me by surprise as my younger self was only ever exposed to the first season of the show.

Due to Ojamajo Doremi’s popularity, a light novel series focusing on Doremi and friends entering the tenth grade followed its fourth season (Dokkaan!) eight years later. Ojamajo Doremi 16 is the first of these novels, reuniting both the characters and conflicts left in the wake of the season finale.

Considering how the original trio (and the four members who join throughout the series) starts out as children, I think it’s fitting that Ojamajo 16 be taken in this direction. The ten novels explore the team’s personal ambitions and school lives, the ups and downs, from ages sixteen to twenty-three with more of a focus on them ‘coming out’ as full-fledged witches.

It warms my heart to see the characters I used to laugh with and root for every Saturday grow up and pursue grown-up dreams not exclusive to their identities as witches. While a majority of media risks ‘ruining’ their franchise by doing too much or too little with it, Ojamajo 16 is bittersweet, fulfilling fanservice at its finest.