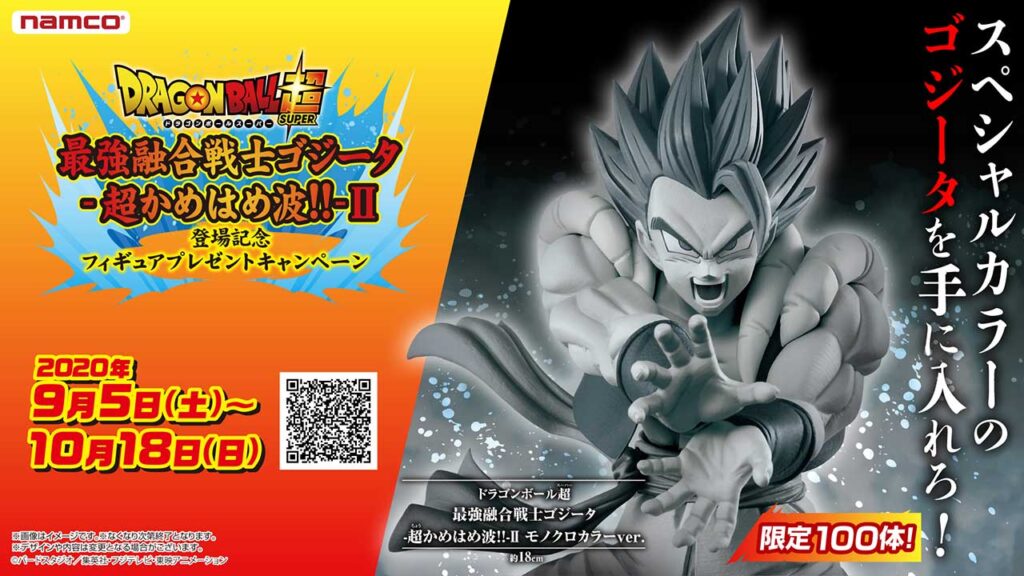 Bandai Namco is known for having some pretty snazzy figures in the UFO catchers throughout Japanese game centers. That trend is going to continue as they have announced a new line of figures coming to UFO catchers around the country. They are going to be doing a new line of figures which will be focusing on everyone’s favorite fusion, Gogeta. They will be releasing 3 figures which will be consisting of; Gogeta, Super Saiyan Gogeta, and Super Saiyan God Super Saiyan Gogeta. But that’s not all, there is also going to be a super limited monochrome Gogeta figure color variant which will be limited to only 100 pieces worldwide. 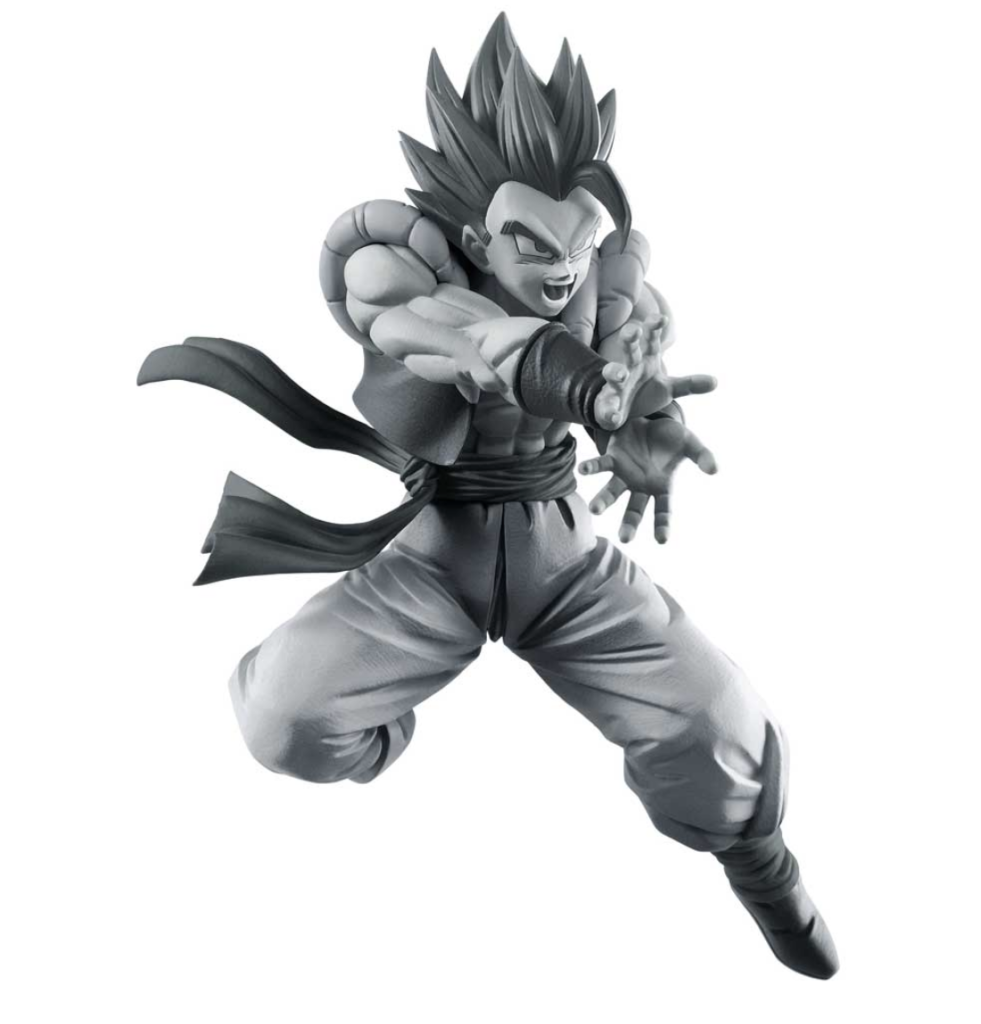 The standard three figures will be hitting Japanese game centers on September 5th and will contain a code that can be entered on a special website to be entered into a raffle to win one of the 100 monochrome Gogeta figures. A special QR code can also be scanned at the game center allowing you to enter there as well. Even if you don’t win one of the 100 monochrome Gogeta figures, at least you still have a super snazzy figure to place in your collection or on your desk.

Where I would love to have either of the figures, I have a really bad habit of getting sucked into UFO catchers and will end up spending all of my money on it, so I will have to appreciate them from afar, but based on the images we were provided by Bandai Namco of the designs, they look to be of the best quality and coloring looks super accurate.

As mentioned previously, the initial three figures will be hitting game centers on September 5th with a code inside the box that can be input on a special entry site. The lottery will be happening on October 18th, so you have a little bit over a month to garner a collection of Gogeta figures to get as many entries as possible for the monochrome Gogeta figure.