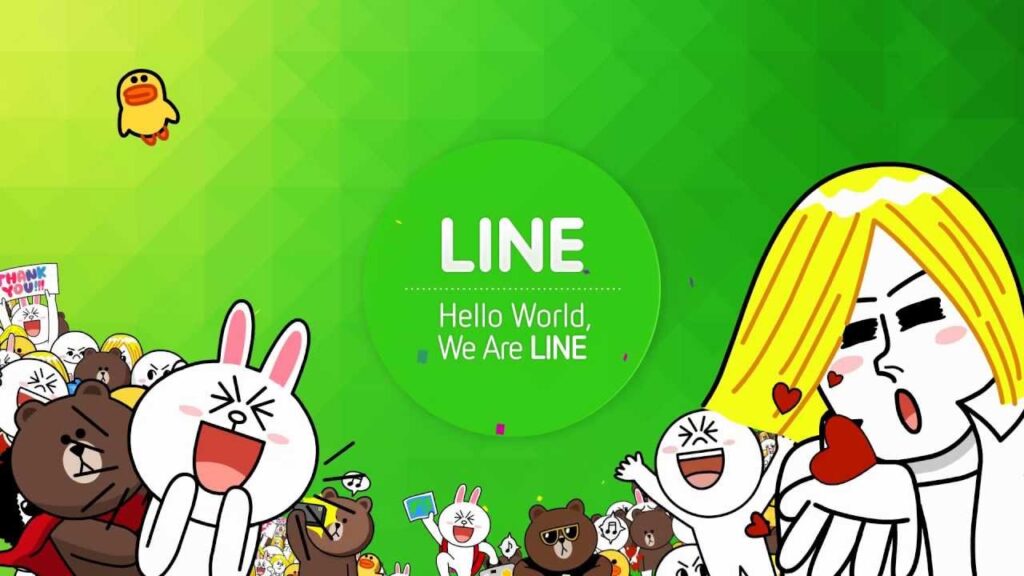 Do you remember sending text messages over a cellular network? Snoresville, grandpa. Sure, your message will make it to where it’s going, but where’s the pizazz? Old-school emojis have been retired, and it’s time to join the LINE Messenger revolution. The app is basically how the nation of Japan communicates and has been for years; now, the rest of the world is starting to follow suit. Whether you’re in Japan or not, nothing is stopping you from initializing that LINE app download, jumping into the LINE store, and downloading thousands of ridiculous sticker sets to pop into your messages.

The power of LINE is absolutely ridiculous. The app has 84 million users in Japan alone as of May 2020. That’s more than 65% of the country, with 86% of those actually using the app daily. During the COVID-19 pandemic, the app has become a way for the government to spread vital information to the masses. Far from being another trendy smartphone app prone to replacement, LINE has only continued to take over not only Japan, but the world. With each year that passes, it has refused to stagnate, adding new functionality, new perks, and new ways to connect. 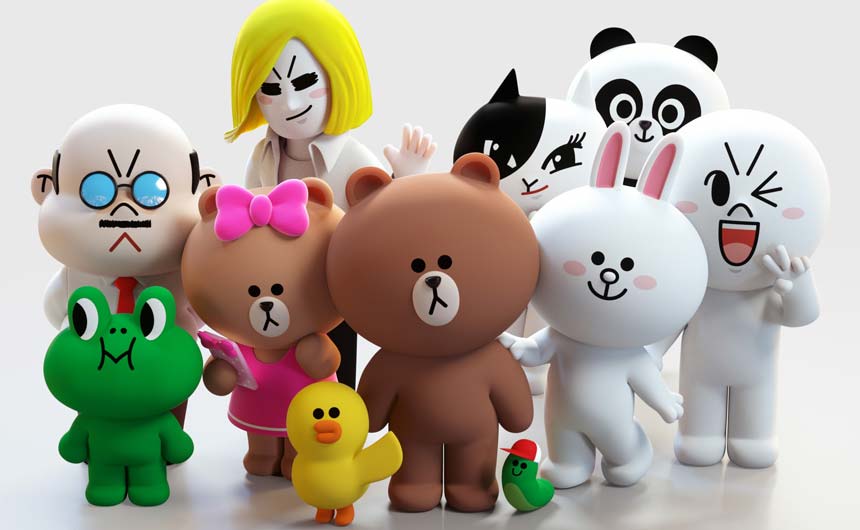 The hugely popular app was launched in 2011 and is operated by the Tokyo-based LINE Corporation, a subsidiary of the South Korean search engine company Naver. The Tohoku earthquake and tsunami caused major damage to Japan’s telecommunications, meaning that internet-based communication was vital. LINE was quickly developed to meet this need and was ready for public use in June 2011. By 2017, the app had over 700 million users worldwide, largely because it evolved beyond a simple messaging application. LINE is a tiny world of its own.

Fans of Japanese pop culture may have noticed the app’s appearance in plenty of TV series and music videos: the Steins;Gate 0 visual novel features LINE heavily, the air-band Golden Bomber wrote an entire song about it, and the Don’t Toy With Me, Miss Nagatoro manga series brought it up in 2019. Once you start using it, you’ll start seeing it everywhere.

I can hear you now: ‘but OTAQUEST, we use WhatsApp! We don’t need another texting app!’ You’re right, you don’t. But luckily, LINE isn’t just another messaging app. It’s much more than that. WhatsApp is the elephant in the room when it comes to convincing people in the west to try LINE, but there are plenty of reasons why you should consider giving it a chance.

One click into the LINE Store will bombard the senses with hundreds of thousands of virtual stickers. While small creators and hobbyists can make and sell their own stickers, popular brands and familiar faces, from Snoopy and Mickey Mouse to Rilakkuma and Hello Kitty, sit on the main page. Some free and some available for a tiny fee.

Some stickers are animated, some cover your friends’ entire phone screen for a few seconds, while others allow users to add their own messages to speech bubbles. Using LINE quickly evolves from ‘let me send a text’ into ‘who can post the funniest/cutest/most ridiculous stickers’. There’s nothing wrong with making texting more fun. WhatsApp users can use stickers as well, but most are only available through outside apps.

This is a place for popular Japanese culture to make an appearance as well. Browse the anime, manga, and game categories, and see what you can find. Grab everything from NieR: Automata stickers to your favorite Pop Team Epic girls. Send them to your parents, why not? The only downside: some stickers are Japan-only. (We’re looking at you, Jujutsu Kaisen.)

Hey, you can’t win ‘em all. But what can you win? Some OTAQUEST stickers featuring our own funky mascot URA-chan. She’ll help you spice up that dying convo. (Did we mention these were drawn by Japanese illustrator & vinyl toy maker HAKURO?)

If you’re one of those people who actually uses their smartphone as a phone (can’t relate), LINE isn’t leaving you in the dust. Comparing the app’s functionality to other similar apps, voice and video calls consume less data. Calls on LINE also tend to be higher quality, both in audio and visual aspects. While other apps will only let you call other users in the same app, LINE isn’t as picky: you can call any cell or landline phone globally.

Ever wanted to have a group call with 200 people? Completely doable with LINE. WhatsApp, for example, only allows 8 people to sit in a call together, and it’s here that we start to see the true amount of flexibility with the Japanese app. While both can be called ‘social networking apps,’ LINE actually has a functional timeline, allowing people to share photos, videos and links.

It’s also worth mentioning that many apps like WhatsApp are blocked in quite a few countries, largely throughout the Middle East.

It’s hard for a messaging app to expand successfully into other areas of life, but LINE has done it with ease. It has dozens of other services connected to the main app, and while some are Japan-exclusives, those abroad aren’t left completely high and dry. 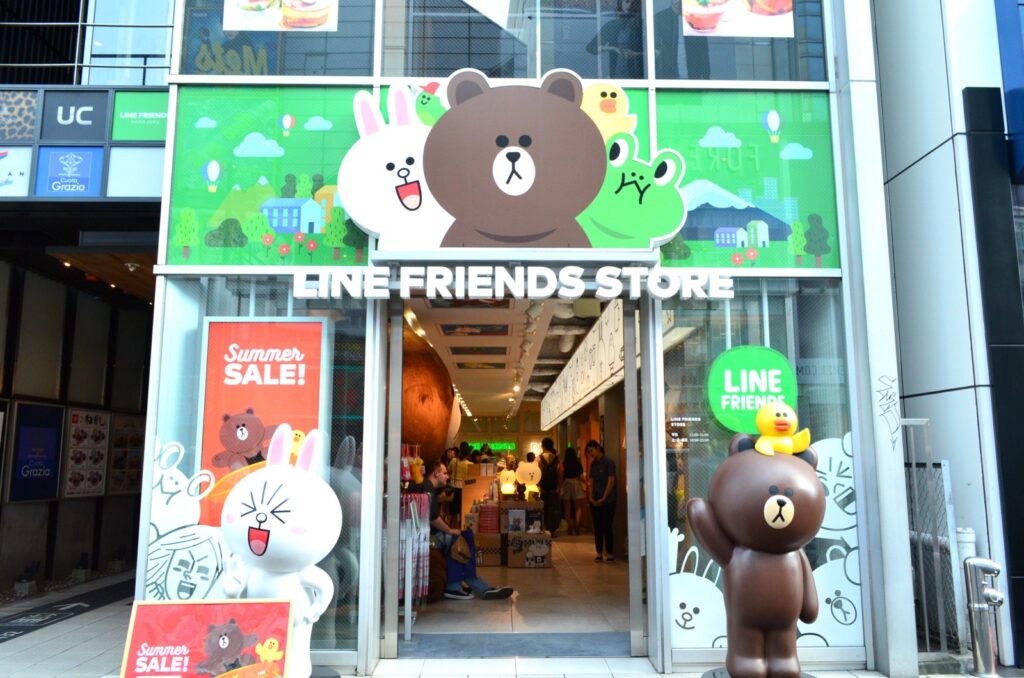 LINE Games offers a wide selection of mobile games for those with accounts, featuring everything from music and puzzle games to side-scrollers. One of the popular titles since LINE Games released in 2011 is Disney Tsum Tsum, which has also seen some popularity in the US, with Disney stores selling related merchandise. In 2019, Nintendo released a certain game in conjunction with LINE Games: Dr. Mario World.

In 2013, LINE Manga launched in Japan with 30,000 comics made available to users. In 2018, that number hit 380,000 titles with a 413% increase in sales, making LINE Manga the top manga app in the country by far. Around 2,000 of these series are available for free, to expose more obscure titles to fans. Yes, LINE Manga is Japan-exclusive.

The Japanese government has been pushing for a more cashless society and LINE is paying a role in that with LINE Pay. The free service (also available in English) allows users to request and send money to users in their contact list, and is widely accepted at shops throughout Japan. Simply hold your phone up and boom, payment accepted. In 2016, a physical card option was made available to Japanese users, which is usable in more brick-and-mortar stores. Users can also earn LINE Points for purchases through the app, which can be used for everything from stickers to real-life freebies. Businesses can also offer LINE-exclusive coupons, easy to share through the social media timeline. 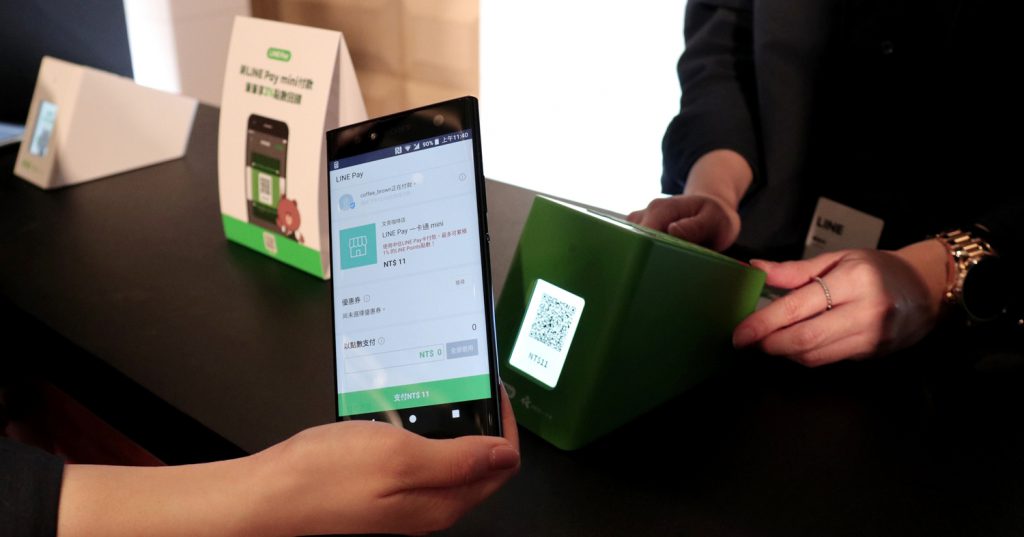 Speaking of brick and mortar stores… yes, LINE shops exist, and not only in Japan. If you haven’t made it to one of these dedicated stores (we’d recommend the Times Square location in New York City), you may have seen the adorable LINE mascots at your local Barnes & Noble or Japanese supermarket. Called LINE Friends, these characters may not simply be destined only for merchandise for long: Netflix ordered an animated series based on them in late 2019, so we may see Brown, Cony, Sally, Moon, and James on our TV screens soon.

Currently, LINE is available in 17 languages, and for those who get tired of tapping away on smartphones constantly, it’s thankfully also available on Windows and MacOS. Go grab it, jump into the LINE store, grab some of your favorite stickers and get texting. Remember: friends don’t let friends send bland messages.

Posuka Demizu Designing a Game in Collaboration With LINE