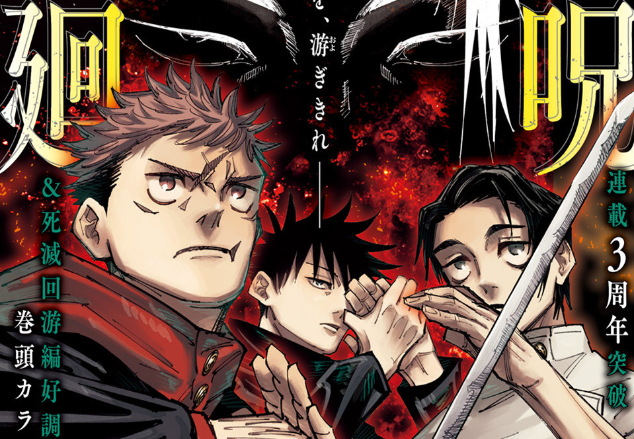 Although the manga serialized in Weekly Shonen Jump is ostensibly made for a readership of young boys, new research from LINE shows that the magazine and many of its most popular series are enjoyed by both male and female high school students.

In a survey conducted from 23 to 26 April, the popular instant messaging app gathered responses from 1004 Japanese high school students both male and female from the ages of 15 to 18. What they found was that while most of the respondents did not read manga magazines, when they did, it was overwhelmingly Weekly Shonen Jump: 30.3% of the boys gave the publication as their answer, while 19.4% of the girls did the same.

It’s not that surprising to learn that most high school students these days don’t read manga magazines: that is precisely one of the reasons why so many publishers are shifting their focus towards the digital space. Moreover, it is notable that less of the male respondents said they didn’t read manga magazines: 51.6% in comparison to 57.3% of the girls. That might suggest that the traditional readership of Weekly Shonen Jump is still engaged yet.

Where things get really interesting, however, is when looking at the answers given to the question ‘Which manga have you been hooked on recently?’ Surprisingly enough, both the male and female high school students surveyed for this LINE research gave Jujutsu Kaisen as their top answer, sitting at 29% for the boys and 28.2% for the girls, respectively.

The Promised Neverland was the second most popular answer among female respondents at 24.4%, which isn’t that surprising considering that it has a female protagonist. The fact that Honey Lemon Soda was the only manga in the top three among these respondents to be targeted at girls at 22.3% makes it clear that the type of manga serialized in Weekly Shonen Jump is enjoyed by a growing female readership.

To be honest, there’s so much to glean from the series given as answers to this portion of the LINE survey. How about the fact that Demon Slayer: Kimetsu no Yaiba doesn’t appear at all in the top 10 for male respondents? Or the fact that Assassination Classroom still manages to come in at number 9 among female high school students, despite ending so long ago?

Yet, the main thing to note here is that it confirms what has been true for several decades: shonen manga is no longer produced for and enjoyed exclusively by young boys. Given that its readership has changed, perhaps it’s high time Weekly Shonen Jump did, too.