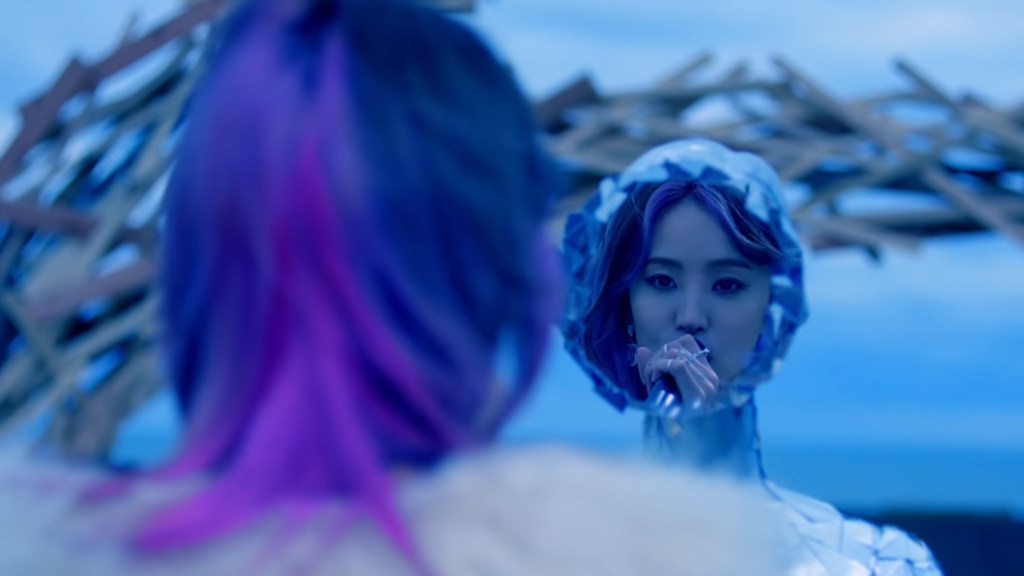 LiSA sees the start of 2021 poised to take on the entire world. Not only did she just get to feature center stage on the 2020 into 2021 Kohaku, a big year end music program everyone in Japan watches, but her recently balladry ‘Homura‘ has broken all time treaming records here too. That’s due in part to its whole ‘being the theme song of the new most successful Japanese movie ever’ thing, though one could say Demon Slayer may not have risen to absolute prominence without LiSA charismatically starting off every episode with forever earworm ‘Gurenge‘.

In any case, who could blame her for capitalizing appropriately with the new single ‘dawn’.

Uploaded just nine hours ago at the time of writing, the music video for ‘dawn’ already sports nearly 300,000 views. That’s 600,000 individual eyes that have taken in LiSA today. The track itself bounces through all sorts of pop sounds in its four-minute runtime, perhaps gesturing towards the wider audience LiSA now has. Fans that have stuck with her since ‘Crossing Field’ or even before won’t be disappointed, as her extreme penchant for belting uplifting hooks is ever present. However, an increased presence of synthetic sounds, post production audio effects, and thumping digital kicks do mark a change.

Despite said appeals to more modern pop staples, if you listened to ‘dawn’ and thought ‘this sure sounds like an anime song’, congratulations, you don’t have to go to the ear doctor. Besides delivering LiSA goodness in a timely manner, ‘dawn’ serves as the theme to the currently airing anime original Back Arrow, which we should get around to watching. Until now, the singer’s primarily done her time as an anison (a convenient Japanese portmanteau for anime song) artist and it’s cool she’s still sticking to her roots despite the popularity glow-up.

‘dawn’ releases as a digital single on 13 January.