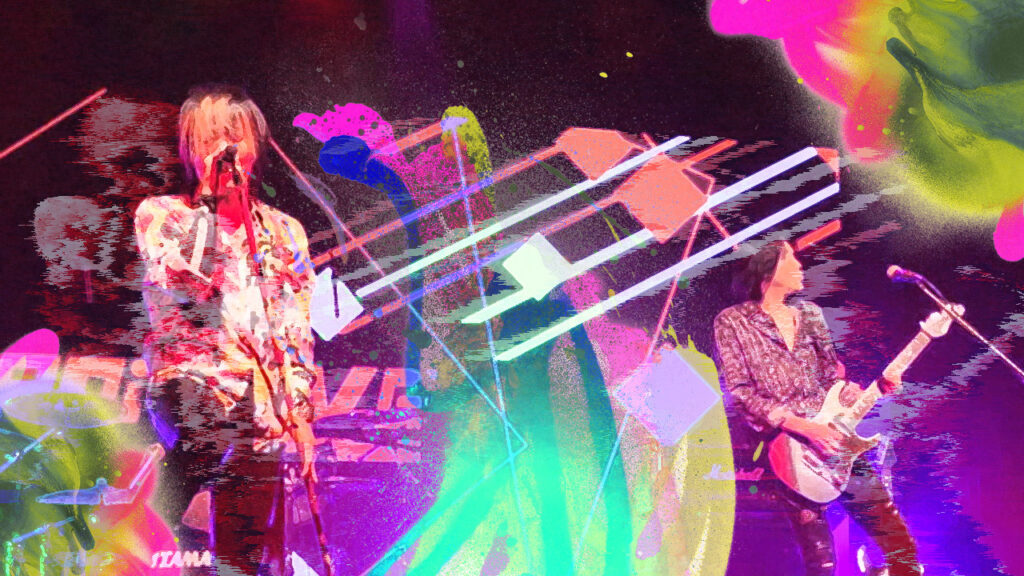 Because of COVID-19, the entertainment industry has been drastically changed worldwide. Now in July 2020, you can feel that a wave of new style is rushing to in-person contents where people gather in one place, such as sporting events, concerts, and plays, obviously, but is also rushing to video contents too, such as movies, TV programs, and streaming distribution.
Anime conventions, which have been held every year throughout the United States, are one of the major events which were greatly affected by COVID-19. The United States’ biggest anime convention, Anime Expo, held a free online event this year in light of that. It was a symbolic event since the scale was bigger than other conventions.

Now, we are going to interview a producer from LisAni!, Mr. Ryo Majima, who collaborated with Anime Expo Lite 2020 and created the online concert Anime Expo Lite x LisAni! LIVE L.A., and ask him about the current situation of online events and the challenges that have stemmed from it. 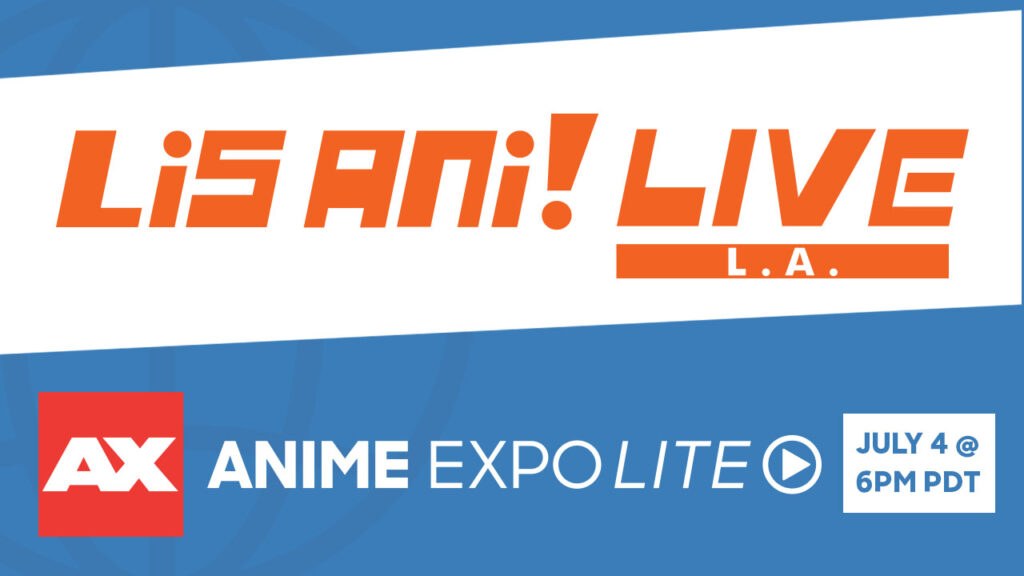 OTAQUEST: First of all, how did the collaboration between LisAni! LIVE and Anime Expo happen?

Ryo Majima: LisAni! LIVE is an anime song event, which started in Japan in 2010, but we have been growing our interest overseas after we had an event in Taiwan in 2016. In 2019, we went on tour in East Asia and performed on 4 stages, so this is why Anime Expo came to us and said “Why don’t we work together at the STAPLES Center?”

OTAQUEST: So you got an offer from Anime Expo.

Ryo Majima: When they came to us, it was at a time when we were trying to find a foothold not only in Asia but also in the West, so we immediately answered “Yes”. STAPLES Center is a special place for Japanese people too in the music industry. The booking went smoothly, but as you know, the situation changed because of COVID-19.

As a characteristic of recent anime conventions, it is interesting that more conventions tend to outsource a music concert during their event to a Japanese company, rather than to their local staff. For example, Anime NYC cooperated with the top Japanese anime song maker, Lantis, and held Lantis Matsuri at Anime NYC in 2019. Also, Anime Expo cooperated with us, OTAQUEST, and held m-flo presents “OTAQUEST LIVE” powered by LDH USA in 2018.
The benefit for American conventions cooperating with a Japanese company is actually in the booking itself. Japanese companies have the advantage of being able to have negotiations with guests within the country rather than contacting from overseas by local staff. It is also a significant point that they are familiar with and good at having negotiations with guests since they have done anime song events many times in the past and are backed by the brand.

OTAQUEST: Because of COVID-19, the concert at STAPLES Center turned out to be a free online streamed event. Were you and the guests shocked by this?

Ryo Majima: Yes, but we couldn’t do anything about it. Because of the circumstances, we immediately changed our thought process and considered “what music to deliver online”.

OTAQUEST: This time, a total of 6 artists performed: Maaya Uchida, ELISA, GRANRODEO, KOTOKO, Yoko Takahashi, and Yoshino Nanjo. The concept was to deliver a packaged video of a concert which had been recorded at a live house without an audience.

Ryo Majima: The first thing we have to decide for an online event is to play live or to record it in advance. This time, we chose to show a recording in order to reduce the risk of COVID-19 and also because of the time difference between Japan and the US. For now, I think “both choices are correct” even when such physical problems weren’t there. There is a good thing about a live performance, and there is also a good thing about a recording in that it has completed audio and video. I think the process of how to present a concert online is something that people in the music industry are still exploring the most, regardless of it being in Japan or the US. At LisAni! LIVE this time, we were able to show the “anime song event with a band style” aspect of our events even though there was some limitation due to the budget. We were able to direct the show smoothly because it was a recording. The viewers’ reactions were good, and we are proud that we were able to end the last day of the first-time “Anime Expo Lite” with lots of excitement.

OTAQUEST: Are you happy with the result?

Ryo Majima: Yes. Since it was our first time doing something like this, we can’t compare to the past in terms of numbers, but I’m glad that we did it. However, another important element of an online event was whether it was a free event we charge for tickets. We still haven’t found an answer for this. Actually, we were originally planning to sell tickets for Anime Expo Lite x LisAni! LIVE L.A., but Anime Expo did various research and they decided “we want to make it free because it’s our first time doing this”.

Not only Anime Expo but also other anime conventions have ticket revenue from admission fees to their events. Getting this revenue allows various guests to be invited for panels and concerts. We can easily imagine that holding a free event makes the revenue go to zero. Let’s assume that free online events become common in the future, then event organizers have to find a new source of revenue. We don’t know where that new revenue is going to come from. It could be from sponsors or could be from government grants. Also, we can’t forget that many of the American anime conventions are run by non-profit organizations, but the majority of the companies which participate in or cooperate with the
conventions are profit organizations.

Ryo Majima: Recently, many Japanese music artists have been holding online concerts by selling tickets. However, most of them are gathering less audience than what they could have gathered at a live concert. This is a big problem for an event organizer. As long as the situation remains that we can’t have a live concert with an audience, we somehow have to figure out a way to monetize the event.

OTAQUEST: Anime conventions are streaming for free now, but do you think it could change it to collecting a fee?

Ryo Majima: Very possible. I think a lot of event organizers this year that are attempting to do their event online are still in the trial stages. After they do it the first time, they can see what hurdles there are and approach it from there.

OTAQUEST: So, do you think having an anime convention online is only a temporary solution and it will go back to the original state after the chaos of COVID-19 calms down?

Ryo Majima: It depends on how long the chaos lasts, but if it calms down in a short time, it could be possible to go back. If it lasts longer, anime conventions and anisong events have no choice but to go online. Regardless of whether it’s in-person or online, I think what’s important for the audience is “quality”. If an event organizer cares too much about the business and neglects the importance of the content, it defeats the purpose of the event. How to make and deliver good content is the basis of entertainment, and that will never change, but if we want to make good content, we need money…. Worrying never ends (laughs)

In 2020, while many existing anime conventions are announcing online events, an anime licensing company from America, Funimation, held Funimation Con 2020. Top Japanese anime maker, Aniplex, followed suit with Aniplex Online Fest. Several companies that used to be “participants” of anime conventions have held online events this year, and we are one of them as well. We, as a media portal, are going to hold an online convention titled OTAQUEST CONNECT and all of the programming can be viewed for free.

Being forced to take events online by the chaos caused by COVID-19, the structure of anime events has been changing, but at the same time, it’s drawing newcomers like the companies mentioned above. Of course, the more events we have, the more competition we have. Due to more competition……as Mr. Majima said, higher quality would be demanded.

We don’t know what the anime conventions landscape will be like in 2021. Even if it goes back to its original state, continues to go online, or both concepts mix together, we can certainly say that it will be different from what it was like before 2020.