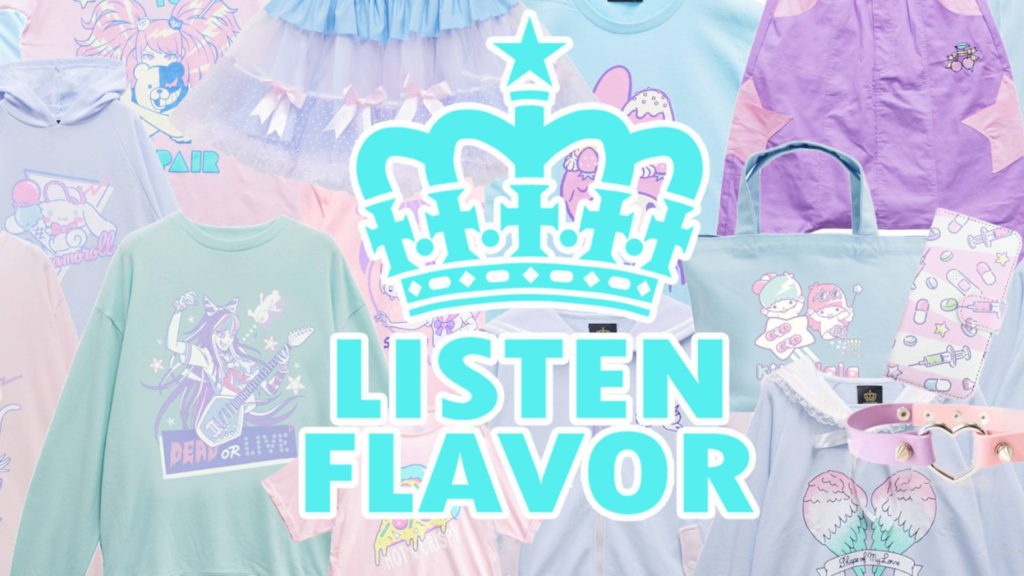 Legendary Harajuku-based fashion and apparel brand LISTEN FLAVOR took to their Twitter account yesterday to announce the news that they’re pressing forward into the international market with the launch of their all-new eBay store.

Perhaps best known internationally for their hyper-cute combinations of pastel colorways and new-age gothic fashion, LISTEN FLAVOR has long been a staple in the wardrobes of most respected Harajuku icons. Over the years they’ve played host to a number of collaborative collections, including their recent Urusei Yatsura collaboration and Danganronpa before that, just to name a few. Now with the launch of their international eBay store, we’re expecting to see those very colors leak into the rest of the world without even needing to come to Japan.

When the announcement initially went out, the storm was fast and fierce, and at the time of writing, it appears the online store is currently sold out. With that being said, however, I’m sure it won’t take too long before it’s up and running again filled with new and exciting stock, akin to their actual location just off of the famous Takeshita Street. Though there currently isn’t too much stock to be browsed, it’s definitely worth checking in on the eBay store, as well as keeping it bookmarked for future reference. The online store can be found here.