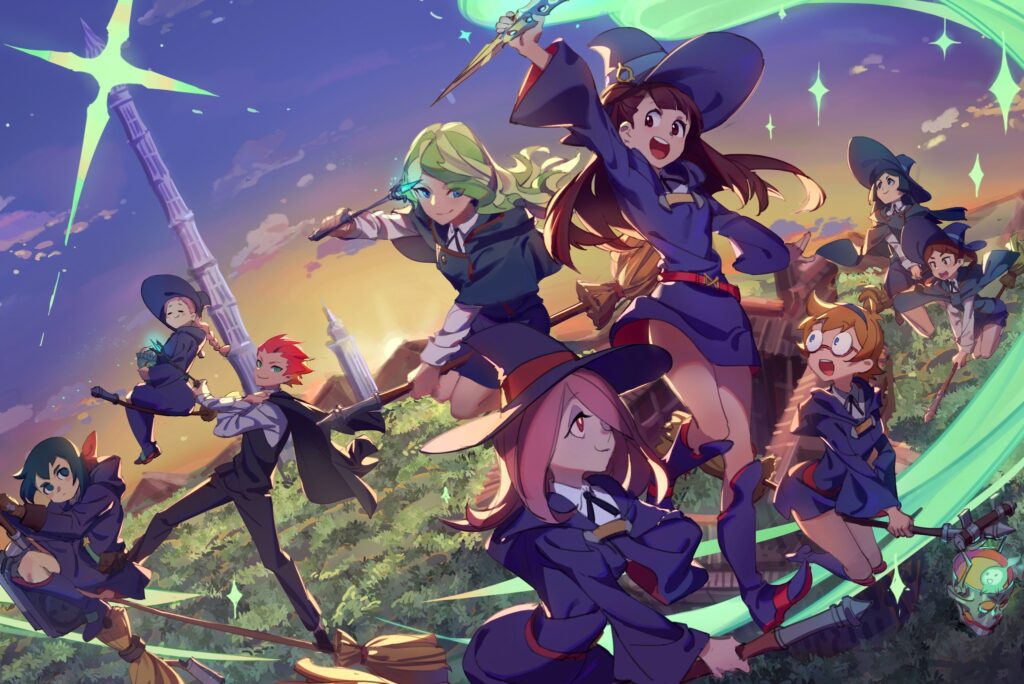 Little Witch Academia Guide: Everything You Need to Know About the Anime, Manga, and Game

Little Witch Academia is Studio TRIGGER’s first serious production after the splitting off from Studio Gainax. In the wake of [email protected] episode 17 and the notorious short series Inferno Cop, the studio had yet to properly show fans what it was capable of producing on its own.

The Short Film that Started it All: Little Witch Academia 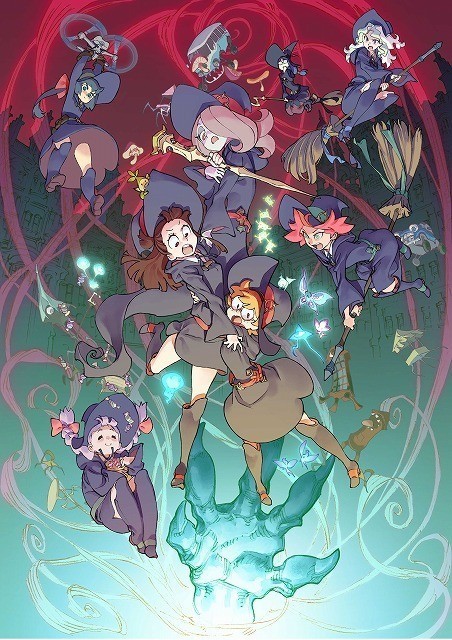 Little Witch Academia found its humble origins as part of Japan’s Anime Mirai 2013, a government program set up to help train young animators. Its contemporaries included the likes of Madhouse’s Death Billiards, which also went on to receive a full-length adaptation in Winter 2015. Lead by Yoh Yoshinari, a team of five fresh animators (including the likes of rising star Shuuhei Handa) did the key animation work for what would end up involving over 17000 completed drawings.

The short film captured the hearts of fans worldwide. With Yoshinari’s love for European architecture and a setting reminiscent of a dungeon-crawling RPGs, Little Witch Academia delivered on a truly unique anime experience at the time. From gorgeous animation to breathtaking background art, the short film lived up to the reputation that Studio TRIGGER had built for themselves.

Little Witch Academia is a story about an aspiring witch, Atsuko ‘Akko’ Kagari, as she leaves Japan to attend the Lunanova School of Witchcraft in the footsteps of her idol Shiny Chariot. In the struggle to prove herself, she finds the Shiny Rod, the very wand Shiny Chariot used to spread her joy. Will Akko find the strength to unlock the power of the rod to save the day and restore Chariot’s reputation as well as her own?

A Story for the Animators to Relate to

The story of Little Witch Academia is meant to draw a strong parallel between Akko attending Luna Nova and the young animators working on their very first show. Driven by passion, both Akko and the animators embark on an unlikely journey to achieve their dreams.

Akko’s inspiration, Shiny Chariot, is a performer who the rest of the Witches consider to be low brow. This is similar to new animators today who enter the industry in Japan, drawing their inspiration from low-brow late-night anime, often feeling isolated from other professionals who found their start being fans of Disney and other well-respected animations much like the other witches at Luna Nova who are following in the footsteps of their family tradition. 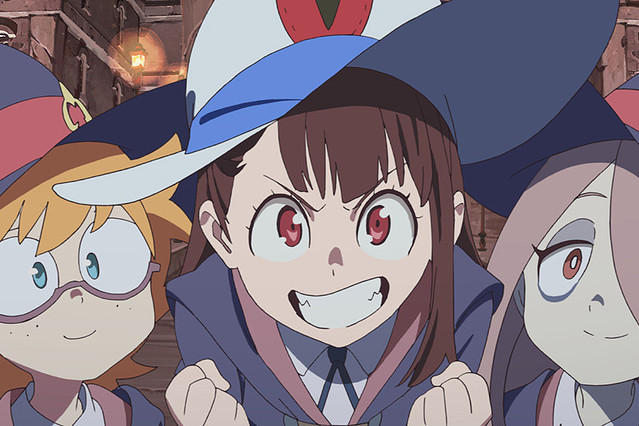 Following the success of the original short film, Studio TRIGGER decided to revisit Little Witch Academia through a sequel film. With Kill la Kill concluding a year earlier, the TRIGGER was able to leverage some of its big guns to bring this film to life, with Yoh Yoshinari to direct the project once again.

While the story has held up unfavorably amongst some fans, departing from its dungeon crawling plot to, instead, delve into Akko as she more closely pursues her dreams of becoming a performer. Having a hard time convincing her disgruntled friends and rivals, Akko is this time joined by three new faces: Amanda, Constanze, and Jasminka. Will Akko’s Happy Time Projectplay out according to plan, or will an indifferent society get in the way of spreading joy?

It is almost impossible to talk about the Enchanted Parade without making mention of Studio TRIGGER’s Kickstarter fundraiser. Titled ‘Little Witch Academia 2’, the Kickstarter aimed to raise $150,000 from western fans in order to increase the length of the short film from 20 minutes to 35 minutes. Smashing all expectations, 7938 western fans raised a total of $625,518, extending the runtime by over 33 minutes.

This accomplishment strengthened the bond between TRIGGER and their global fanbase, as well as paving the way for the Studio’s Patreon and the Little Witch Academia: VR Broom Racing Kickstarter from 2019.

In 2017, the series saw a reboot as a full-length TV anime series, totaling at 25 episodes. The story follows a similar premise with Akko attending Luna Nova to follow in the footsteps of Shiny Chariot.

Unlike its short film counterparts, the process of Akko unlocking the Shiny Rod’s powers is a more arduous process, allowing some time to look at Akko’s day-to-day life at school. As she gets up to more shenanigans with faces new and old, the art of witchcraft faces obsoletion amidst outdated traditions and misplaced acts of progress, leaving the fate of the long-practiced craft up to the ever-dwindling newer generation of witches.

Should you read the Little Witch Academia Manga Adaptation?

The manga adaptation, illustrated by Keisuke Satou, is a loose adaptation of the full-length TV series. Retelling some of the mainline stories while putting others to the side, the thing that sets the manga apart is its original side stories. While Akko’s untold shenanigans are fun, they don’t really match the flow of the overarching story. The manga series was discontinued after three volumes, making it an easy pickup for those who enjoyed the TV show. 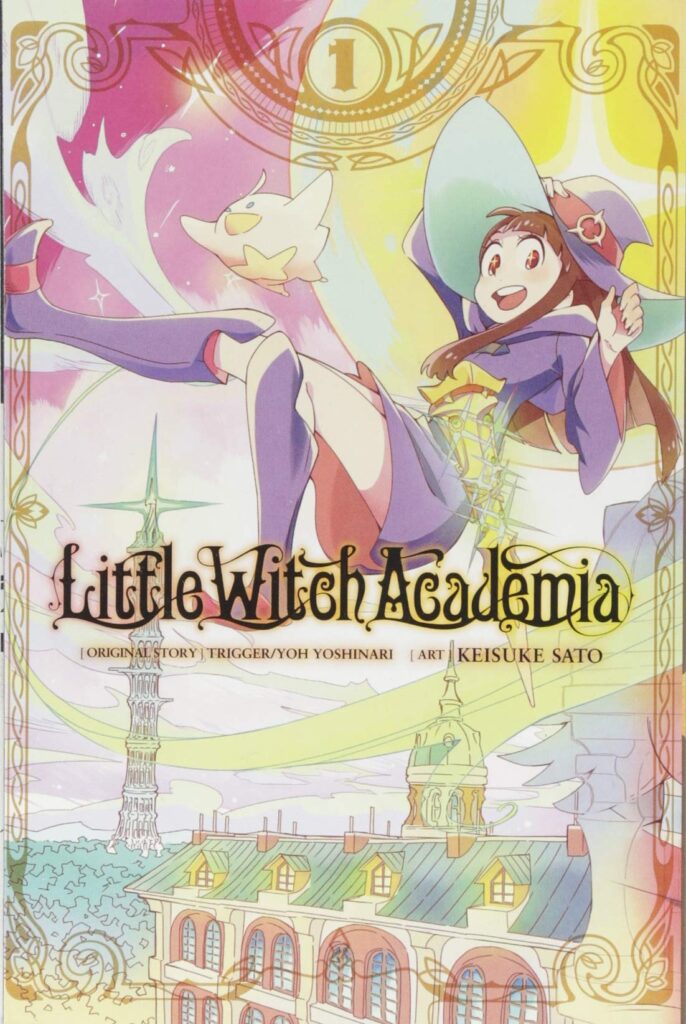 Chamber of Time is a hybrid of third-person exploration and side-scrolling combat, taking place in an alternate timeline groundhog day scenario stemming from the first six episodes from the TV series. While the gameplay is considered by many to be lackluster, the character hijinks are on par with what you would expect from Little Witch Academia. 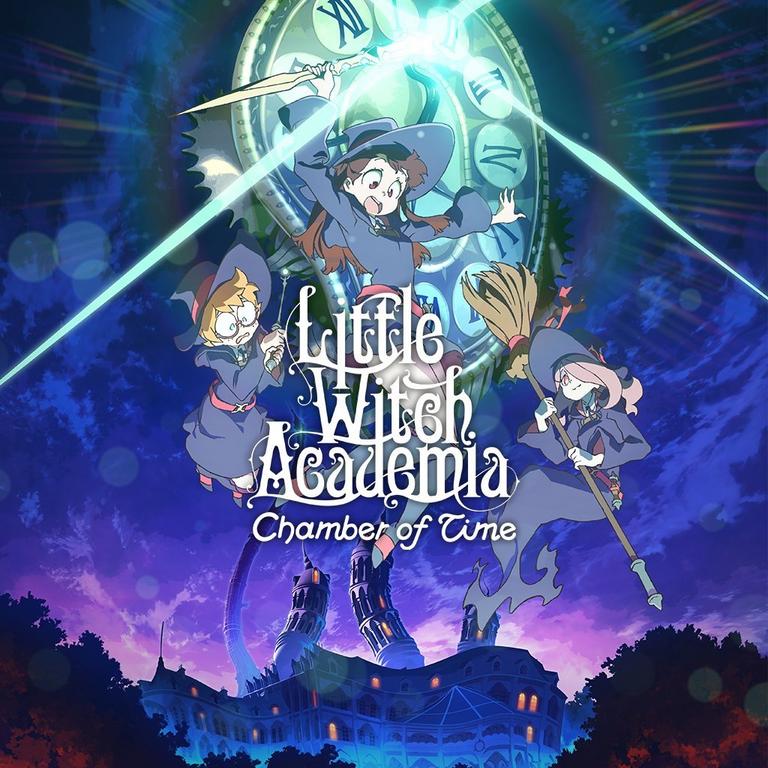 Little Witch Academia is nothing without its characters. With every episode focusing on Akko’s misadventures with at least one of her friends, there is no shortage of interesting characters in this series. Here are some of the standout ones! 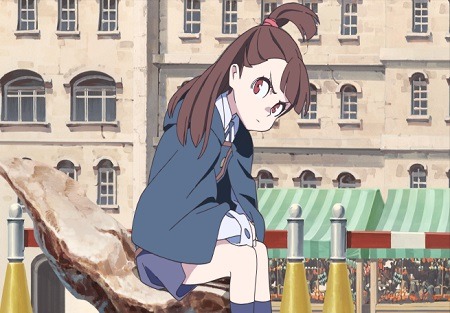 Hailing from Japan, Akko is on a journey to follow in the footsteps of her idol, Shiny Chariot. In order to bring joy to the hearts of others, she travels to Lunanova in order to learn the art of witchcraft. With absolutely no prior experience, however, Akko is outclassed by the rest of her cohort, who are all more capable witches heralding from long lineages of witchcraft.

Finding out that her idol is held in low regard by the word of witchcraft, Akko sets out to prove her peers wrong by attempting to become the greatest witch who ever lived. 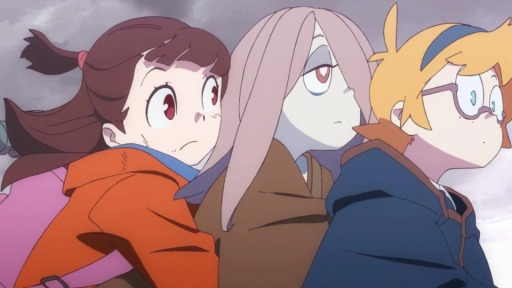 A seemingly malevolent character, Sucy appears to be more interested in conducting experiments with poisons and collecting rare mushrooms than she is in the wellbeing of her friends. Perhaps just more ignorant of social norms than anything else, Sucy was the fan favorite character of the original short films.

Lotte is a shy and reserved witch who just wants to live a regular school life. As you may come to expect, this ends up not working well when you share a dorm with Akko. Having to leave her comfort zone more often than not, Lotte is one of the more overlooked characters in the series.

As an avid tinkerer, Constanze is one of the more unique witches at the school. Creating an array of motorized brooms, wand powered guns, and various other gizmos, her quirks make up for the fact that she doesn’t speak a word.

Amanda is a delinquent student who is almost as bad at schooling as Akko. Stemming from a disinterest in the witch life, Amanda makes little use of her talents, though occasionally flaunts her expertise on the broom. 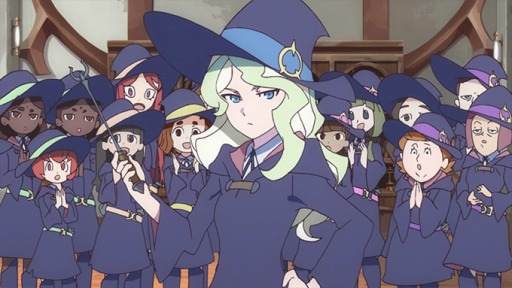 Diana serves as the foil to Akko, being everything that she isn’t. Immensely talented and coming from a well-respected family of witches, Diana takes everything very seriously and seems to be devoid of the kind of passion that drives Akko forward. The two clash heads more often than not, with Diana often putting Akko to shame.

Will There Ever Be a Little Witch Academia Season 2 or Season 3?

Fans have wondered since the conclusion of the show whether Little Witch Academia would ever receive a second (or by Netflix’s labeling, third) season. While Yoh Yoshinari has confirmed that it is not entirely out of the question, having a few more stories up his sleeve, he has confirmed that the existing season fully wraps up Akko’s character arc so there wouldn’t be much overarching development left.

Originally having stated that he planned to never direct a series again, Yoh Yoshinari has since been confirmed to direct Studio TRIGGER’s 2020 series Brand New Animal, so the chance of more Little Witch Academia is incredibly slim at this point in time.