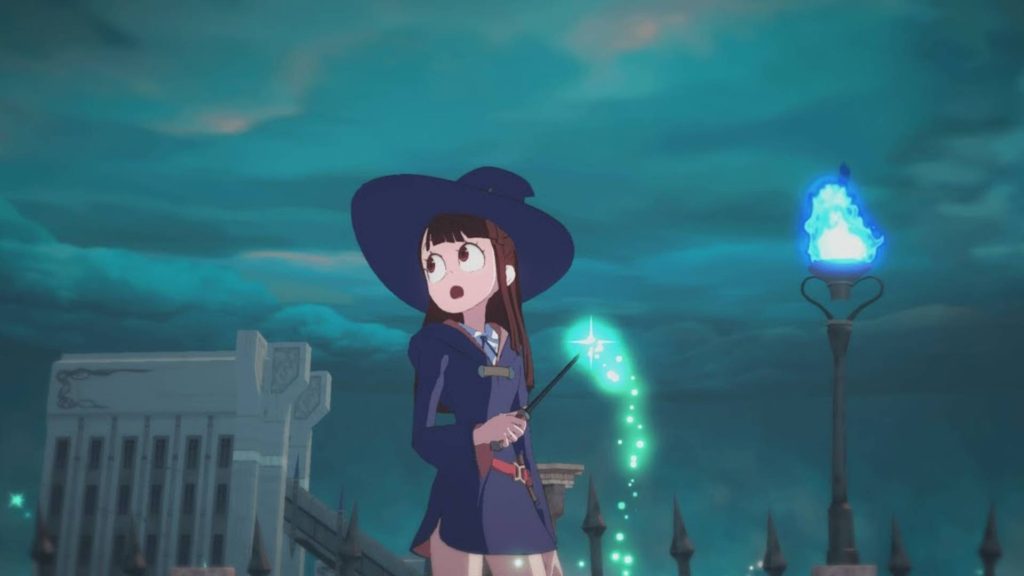 We already knew that “Little Witch Academia: Chamber of Time” was getting an international release, but that felt rather far away. We would have been expected to wait quite a lot longer for any information, had Bandai Namco not just released an English-subtitled version of the game’s story trailer, giving us all a better idea of what we can expect from the gorgeous-looking 2.5D romp.

Have you ever had a summer vacation ruined by the accidental discovery of a time-warping door inside the library at school? I just hate when that happens. It seems then that we are now tasked with helping Akko and her friends restore sanity at Luna Nova Magical Academy with the help of some wondrously-enchanting special moves and spells. All of exposition set to Yuiko Ohara’s Toki no Mirage, the game’s official theme, is enough of a hex to get me to purchase this game on day one. Rest assured, you’ll be hearing a lot from me on this one.

Bandai Namco have provided their official synopsis of the game below:

​Having been inspired by a famous witch named Shiny Chariot, an ordinary girl named Atsuko (Akko) Kagari enrolls at Luna Nova Magical Academy, a prestigious school for young girls training to become witches. Before starting summer vacation, Akko and her new classmates find out about an inexplicable phenomenon at Luna Nova caused by the Seven Wonders, which has been passed down for several centuries. Now it’s up to Akko as she takes on the adventure to unravel the mystery surrounding the Seven Wonders.

releases in Japan for both the PlayStation 4 and PC on November 30. The game is currently slated for international release in the “Early 2018” timeframe.