The Time is Just Right for a “Little Witch Academia” Game 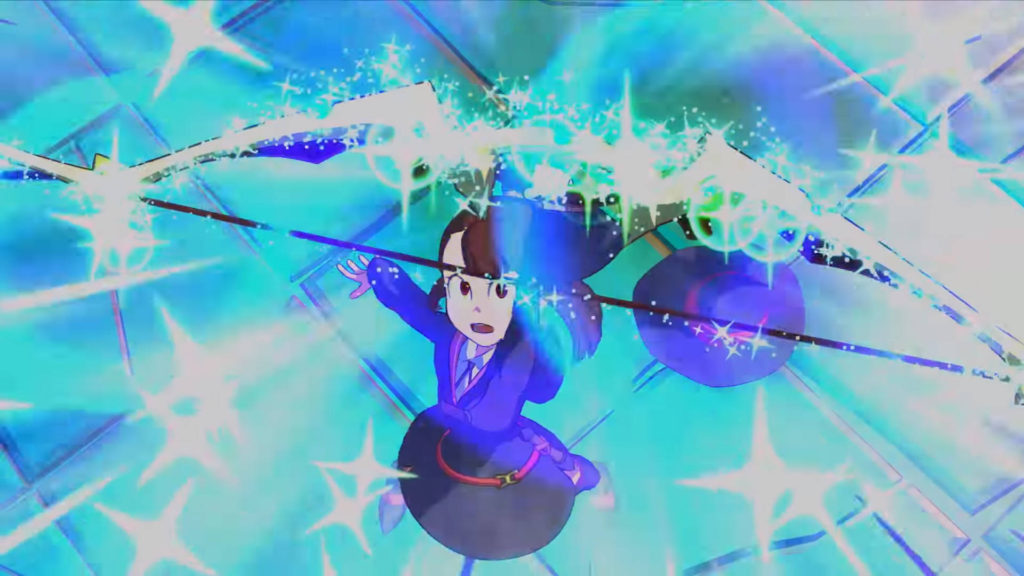 We first heard word of the Little Witch Academia video game for the PlayStation 4 back in late May, but now that the anime has ended and there is a slight hole burning in our collective hearts, I do think the time is ripe to gush over how magical this game actually looks.

Announced by Bandai-Namco, Little Witch Academia: Toki no Maho to Nana Fushigi is an action RPG meant to serve as a side story in the Little Witch Academia universe. Akko and friends appear to be on a mission to uncover the seven wonders of Luna Nova Magical Academy. The game will be released in Japan before year’s end, on November 30. No Western release has been announced as of yet, so it remains to be seen what kind of localization choices will be made in regards to the game’s title. As is, the title translates to Little Witch Academia: The Magic of Time and the Seven Wonders.

Now, for the juicy details — The game’s creators have made a special point of faithfully translating Studio Trigger’s expressive style into a gorgeous, 3D framework; and boy, is that ever apparent. My favorite scene is likely from the first trailer, where we can see Akko sneaking up on a group of her classmates to eavesdrop on their conversation. The subtle nodding and the shrewd look in her eyes – where does the anime end and the game begin?

As if it weren’t already good-looking enough, the second trailer reveals that Studio Trigger is in fact contributing brand-new, game exclusive anime cutscenes. A collector’s edition of the game is also set to drop, containing a hard-stock box with illustrations by Studio Trigger, a bonus content Blu-ray disc, a character drama CD, an artbook, and a special Chariot Card. Peek the goods below.

The key artwork for the game, naturally also illustrated by Trigger, is a treat for the eyes as well.

“The story of these witches aiming for the future is not over.”

Being that the 2017 Little Witch Academia received no small boost from Netflix, I would hazard to guess that it won’t be too long before we hear an official announcement regarding the game leaving Japan soon. In the meantime, hold onto those witch’s hats, because this one is going to be magical.