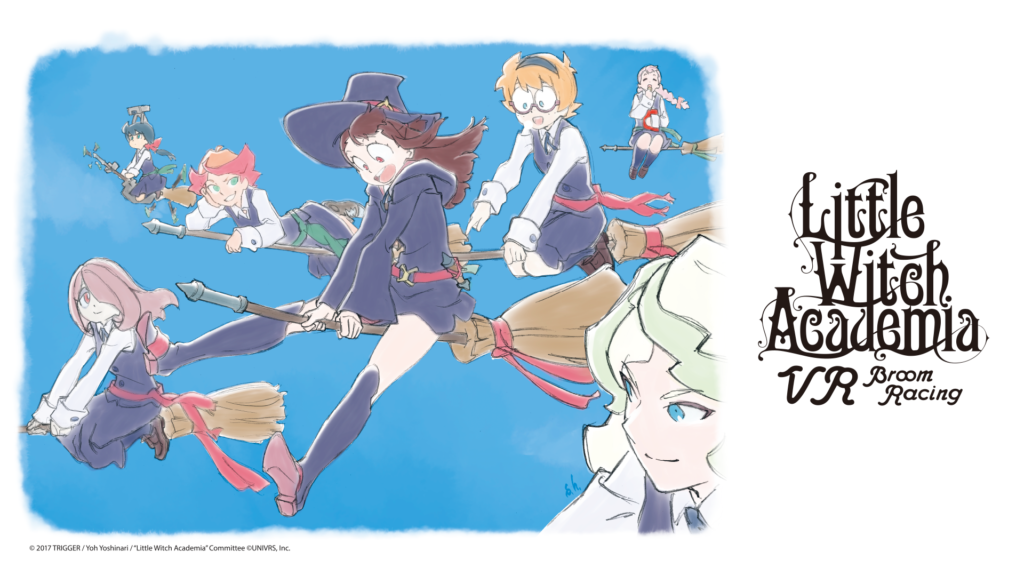 If there was any singular reason I’d attribute Studio TRIGGER’s international success to, outside of their high-quality content, it’d be the fact that they feel like a studio that the people can actually contribute towards. Some of their earliest works, Little Witch Academia, was brought to life through a massively successful Kickstarter campaign that would cement the films and eventual series in the hearts of a global audience. In recent years, they’ve launched their own Patreon, almost as an extension of this community-driven growth. Now, they’re looking to the community once more — well, kinda.

Earlier today UNIVRS announced that they were bringing forward “the next step” of Little Witch Academia’s story in the form of an all-new VR game tentatively titled Little Witch Academia – VR Broom Racing -. For this game to become a reality, however, UNIVRS will be running a crowdfunding campaign from Wednesday, July 3, 2019, through until Saturday, August 17, 2019.

Set to be debuted at Anime Expo 2019 during the Little Witch Academia: VR Project Panel, an early prototype of the game will be made available for play at the Good Smile Company booth. In the announcement, UNIVRS shared that they’re aiming to have the game released in April 2020, quite a quick turnaround if they’re able to pull it off.

The game will focus on the broom riding prominently shown in the Little Witch Academia series, and according to UNIVRS, will make the most of their “anti-motion sickness technology” to prevent players from feeling like they need to hurl while racing their broom through the skies. It’s an interesting concept, and definitely something I’m looking forward to seeing executed.

For those interested in checking out further information on the Little Witch Academia – VR Broom Racing – title, be sure to visit the game’s official website.