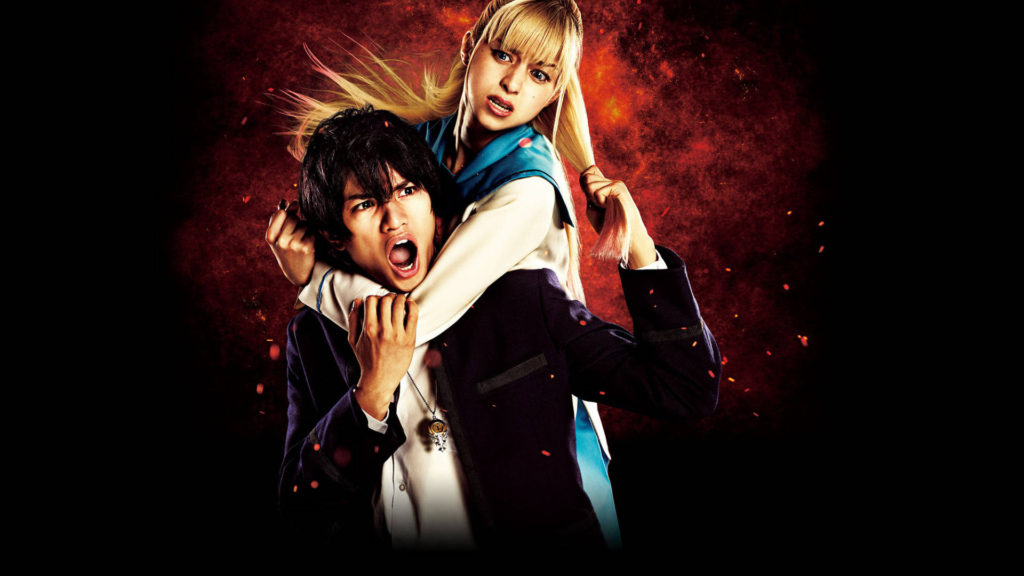 One of the latest films in the ongoing trend of live-action adaptations of Weekly Shonen Jump manga properties, Nisekoi – False Love takes us on a romantic comedy whirlwind adventure through the eye of the storm as both the local yakuza and gang collide. Originally published in 2011 and penned by Naoshi Komi, the manga would go on to receive a widely-popular anime adaptation in 2014 by Studio SHAFT. Licensed by Aniplex in North America, the official synopsis of the series can be found below:

It’s hate at first sight… rather, a knee-to-the-head at first sight when Raku Ichijo meets Chitoge Kirisaki! Unfortunately, Raku’s gangster father arranges a false love match with their rival’s daughter – who just so happens to be Chitoge!
However, Raku’s searching for his childhood sweetheart from ten years ago, with a pendant around his neck as a memento, but he can’t even remember her name or face!

Opening in cinemas across Japan on December 21, further information on the upcoming film can be found via its official website. We’ll be sure to keep you updated as additional news is revealed.

Nisekoi: A Series of False Love and True Laughs