Living With A Bathing Ape 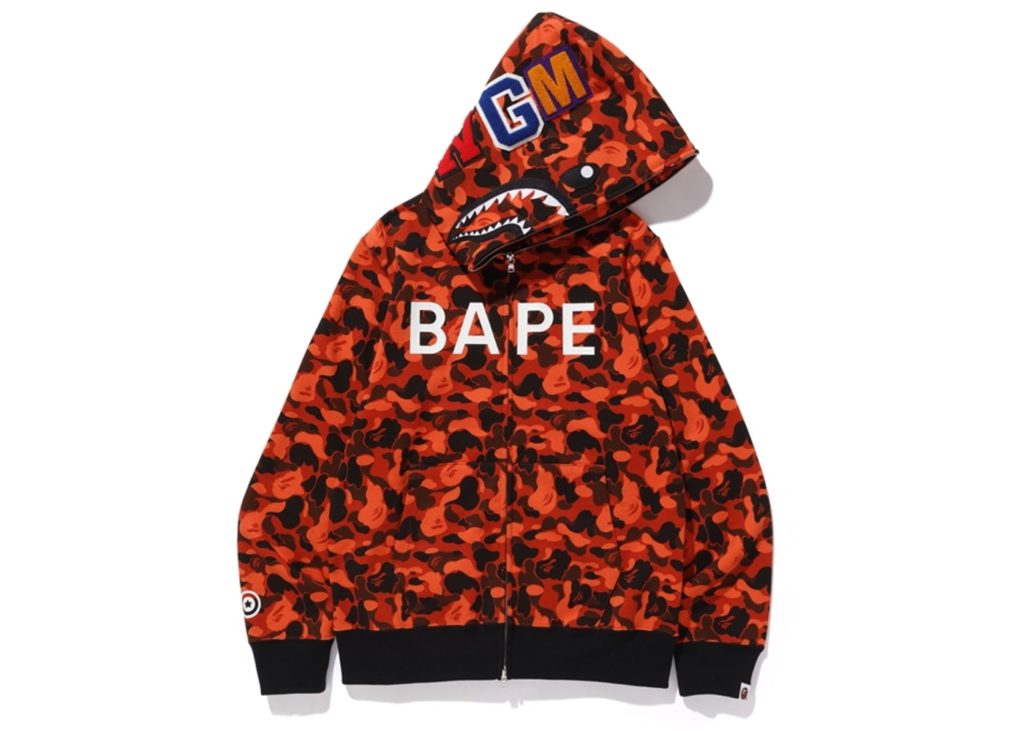 Since the early 1990s, A Bathing Ape has transformed streetwear fashion with its colorful and dynamic designs. Beginning in Ura-Harajuku Tokyo, Japan, A Bathing Ape has become a household urban fashion brand in Japan and around the world.

A Bathing Ape was founded in 1993 by entrepreneur, record producer and DJ NIGO (Tomoaki Nagao) from the Japanese hip hop group Teriyaki Boyz. After working as an editor and stylist for Japan’s Popeye magazine, NIGO channeled his passion and energy into opening his store Nowhere, launching the famed BAPE clothing brand shortly after.

Inspired by the 1968 movie Planet of the Apes, NIGO decided to create an ape face logo accompanied with the name “ A Bathing Ape in Lukewarm Water.” Eventually, the name was shortened to BAPE. During the developing stages of BAPE, NIGO only produced approximately 50 T-shirts per week, gaining more popularity with each item sold.

By 1998 BAPE was available in over 40 locations in Japan, however NIGO decided to eliminate those operations and only open one flagship store in Tokyo.

Scarcity skyrocketed sales since BAPE was now harder to find and buy. Famous amongst Japanese youth, BAPE transitioned into the dominating streetwear line in Japan.

The early 2000’s would transcend the entire A Bathing Ape fashion line from Japan to the United States, emerging as one of the most influential urban fashion brands in America.

After popularizing his clothing, NIGO went a step further and created a footwear line for A Bathing Ape.

Once NIGO partnered with American hip-hop artist, producer and  leadman for the hip hop group N.E.R.D, Pharrell Williams, BAPES exploded onto the mainstream urban fashion scene in the US. In 2005 the newly partnered Pharell and NIGO then launched the iconic hip-hop streetwear brands, Billionaire Boys Club and Ice Cream.

From 2005-2006 Billionaire Boys Club, Ice Cream and BAPE were a trifecta in hip-hop fashion. BAPES achieved success in the US is attributed to NIGO’s unique designs, colorful shiny patterns on BAPESTA sneakers, and an oversized fit to BAPES clothing.

The entire style of the BAPES brand coincided with the popular trends of the mid 2000s hip-hop fads, enabling BAPES to become a bestseller in the US market.

BAPESTA sneakers was such a market success in the US that two flagship stores opened in America around 2006: One in New York and the other in Los Angeles. Superstar hip hop artist and producer Kanye West even designed his own BAPES shoe during these years.

The golden years of BAPE consumed my pre-teen years, spanning from 2005-2008. I was an 11 year old middle-schooler during the BAPE era. I absolutely loved the abstract patterns of the BAPESTA sneakers and the ape faced hoodies with matching BAPE star snapbacks.

Like many middle schools in the US, my middle school had a school uniform policy, therefore the only form of self expression students had were the shoes they chose to wear. BAPESTA were often the shoe of choice by many of my middle school peers at that time.

Much of the youth from that era, including myself, wanted to be like celebrities we saw wearing BAPES clothing and sneakers. Cool, stylish, and popular. Celebrities like N.E.R.D members Pharrell Williams and Chad Hugo, Joel Madden from pop rock band Good Charlotte, Kanye West and mid-2000s breakout rap superstar Soulja Boy, were all instrumental in making BAPES a household name in the US.

When the BAPES movement peaked in 2011, NIGO sold his bold and stylized fashion line to the Hong Kong fashion conglomerate. I.T. NIGO remained the creative director of A Bathing Ape until 2013 to assist with the company’s transition.

While in the last years of his association with BAPES, NIGO launched his latest clothing line, Human Made.

Human Made merges vintage American labor chic with the original NIGO aesthetic, making the Human Made brand an essential for any fashionista.

While the iconic Apehead logo, camo print, BAPE shark hoodies and sneakers live on as collectibles and keepsakes, Human Made is the future of Japanese streetwear and urban fashion overall.