Looking Back On Lupin the Third Part 1, The Other Hayao Miyazaki Lupin

It’s been less than two weeks since Monkey Punch passed away at the age of 81. With Lupin the Third, a favorite of many of the OTAQUEST staff, much less being one of the most beloved anime franchises of all time, a lot of us are still somber. It’s a small consolation that the franchise shows no signs of slowing down with Fujiko Mine’s Lie set to release May 31. We’ve run a memorial post for Kazuhiko Kato, Monkey Punch’s actual name, as well as a look back at the seminal The Castle Of Cagliostro directed by the legend Hayao Miyazaki. However, while many of you may be familiar with Cagliostro, you may not know that Miyazaki also directed much of the first Lupin the Third anime from 1971.

Watching Lupin the Third Part 1 for the first time early last year reignited a love for Lupin in my heart. With the passing of Monkey Punch, I wanted to reflect on the now under-appreciated Part 1. Like many people, for a long time, my only exposure to Lupin was the one-two punch of the Part 2 adult swim run and The Castle Of Cagliostro. Having aired on cable TV and being a Miyazaki film respectively, these two works have always been the most well known in the Lupin III cannon in the States. 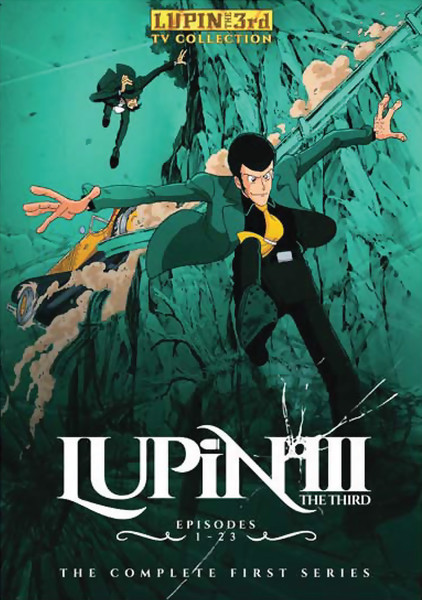 I always enjoyed watching Lupin Part 2 as a teen, and of course Cagliostro’s a classic film, however, neither made me want to go much further down the Lupin rabbit-hole. Even Part 4 and The Woman Named Fujiko Mine, which are both great shows, didn’t turn me into a devoted fan. Here’s where Part 1 comes in. I actually found a box-set of it in a used shop years ago but for the longest time only ever watched one episode from it. Maybe I was younger and just hadn’t been acclimated to early 70s anime at the time. Now, I’m writing an entire article telling you how glad I am that I went back to give it another chance.

Advertised as an early work of both Hayao Miyazaki and the other Ghibli giant Isao Takahata, I knew I needed to watch Part 1 someday. When I first popped the disc in, it was out of a sense of historical obligation, but within the first few episodes, something about the show really started grabbing me. Certain trademarks of Lupin the Third have been present since the beginning. Lupin’s goofiness, the viewer never really being sure where Fujiko stands, Jigen’s friendship with Lupin. However, compared to the more weekly Saturday cartoon feeling of Part 2, this show was more raw, more visceral. 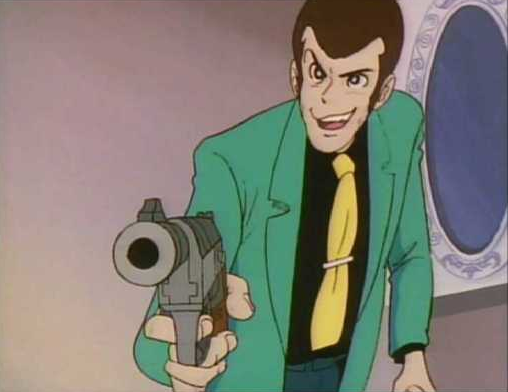 In most Lupin works, maybe some bad guys get shot or Lupin takes a beating but the stakes never feel so high. The early episodes of Part 1 feature some serious pain, including our favorite thief straight up setting a dude on fire. Though, the violence never felt gratuitous like some of the ultra-violent OVAs of the 80s and 90s. There wasn’t necessarily a grand point to it all, but combined with increased tension and a more serious tone, it made the original Lupin stand out. The characters really did feel amoral and, while charming and delightful to watch, they were really out for themselves. Surprisingly, compared to Monkey Punch’s original manga, Part 1 is actually more toned down in its adult content. It’s not as gritty nor as sexually unabashed.

If you’re still reading this, you might be thinking ‘realistic violence? that doesn’t sound like Hayao Miyazaki.’ You’d be right. The first 9 episodes of Lupin the Third Part 1, which were the most palpably different from the Lupin we know now, were under the creative control of Masaaki Osumi. Due to poor ratings, higher-ups asked him to step down and to take his place were the young pair that would eventually form Ghibli; Hayao Miyazaki and Isao Takahata. It was under these two that the Lupin anime grew to be more light-hearted and upbeat. While the show changes in its latter half, including removing some aspects that made me grow to love part one, it still features impeccable direction and atmosphere that only these two legendary directors could impart. 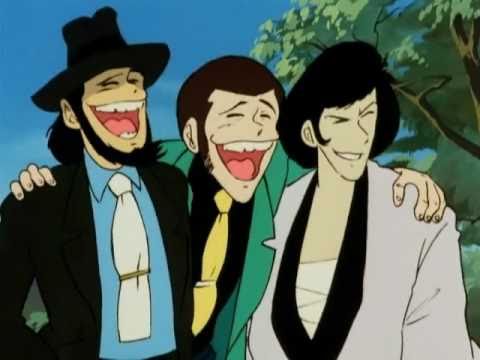 Looking at Lupin the Third Part 1 in its totality, it’s definitely a unique show. It’s the combination of conflicting visions between radically different people. You have the original Lupin III vision by creator Monkey Punch which the studios knew would be a little too spicy for broadcast TV if directly adapted. The original director and screenwriters who were brought in had the smart idea to emphasize atmosphere and tension, making for an incredibly charismatic show that still is very watchable despite the older animation. However, the initial Part 1 episodes were still deemed too much and didn’t catch on with audiences. While different directors entirely, if there’s one thing Miyazaki and Takahata both know how to do, its to create endearing animated stories that would. You would think the end product would be a mess, but actually, the fusion of contrasting elements like amoral criminal activity with the warmth of Lupin cast made for a one of a kind show.

It’s Lupin the Third that really launched the careers of the men who’d make Ghibli. After Part 1, Miyazaki had the chance to create Cagliostro, and from there the rest is Ghibli’s rich history. Watching Part 1 made me understand the core of what Lupin III really was. It has allowed me to enjoy the other works in the franchise like The Woman Named Fujiko Mine more than I ever did before. I’ll say 2 things for posterity; first, if you watch only one anime from the 70s let it be this show. Second, for me personally, the only other Lupin work to rival the original anime is last year’s Lupin the Third Part 5. It’s a completely different kind of story and if you haven’t seen it, it’s coming to Toonami soon. Watch it, and then go back and watch Part One.

Monkey Punch created a cast of characters that will seemingly go on forever. There are new shows, movies, and specials every few years and have been since the 1970s. The latest, Fujiko Mine’s Lie, hits Japanese theaters on May 31.