Studio MAPPA opened in 2011, and in the past 9 years, MAPPA has become a popular studio amongst anime fans for their attention to detail and the stories they produce. Studio MAPPA was led by Masao Murayama, co-founder and producer of Studio Madhouse before he left the studio in 2016 to create Studio M2. Needless to say, MAPPA took off running.

They currently have 27 aired shows and released 2 films. Some of these works include Terror in Resonance, Rage of Bahamut: Genesis & Virgin Soul, Hajime no Ippo: Rising, Kakegurui, Dororo, and the film In This Corner of the World. They have many more works ready to air and a few that are currently in production.

Their Debut: Kids on the Slope

MAPPA’s first entry, Kids on the Slope came out in 2012 and was co-produced with Tezuka Productions. The series is set in 1966 and follows Kaoru Nishimi, a classical pianist who moves to Kyushu, who meets Sentaro Kawabuchi, a big hearted drummer who is usually mistaken as a thug due to his stature. Sentaro and Kaoru’s unlikely friendship stem from Sentaro introducing Kaoru to jazz music. The series documents their friendship, life, and the effects that jazz music had on them.

The series can be compared to Your Lie in April, but Kids on the Slope offers a way more realistic look at life in Japan during the 60’s. The show doesn’t feel like a typical anime, it feels more like watching a drama due to it’s deep roots in reality and how realistic the characters are; it’s almost as if they were based on actual people.

As a show that focuses on music, the musical sections of the show take the limelight. MAPPA’s attention to detail when it comes to the animation is apparent in the scenes that have the characters playing with their instruments. The fluidity of the character and instrument movement shows that MAPPA doesn’t mess around when it comes to animating their sequences. 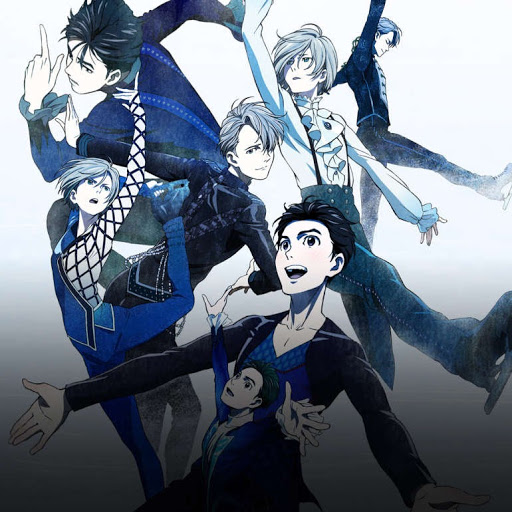 They’re Most Famous For: Yuri On Ice

This is a show that needs little introduction as it was one of the most popular anime of 2016. The show follows Japanese skater Yuri Katsuki after he takes a break from his skating career in order to sort himself out by going back home. One day, he perfectly recreates a performance by his idol, Victor Nikiforov; Victor sees this and rushes to Japan to become Yuri’s coach for the next season.

Throughout the series, the relationship between Yuri and Victor changes from idol to admirer, coach to student, and finally romantic partners in an organic way. The show is one of the few shows that depict a LGBTQ+ relationship in a respectful, realistic way. The show did draw criticism for not explicitly stating their relationship, but fans of the series argue that all they don’t really need to state it; it’s extremely obvious.

Like many sports anime, the series introduced a legion of fans to the ice skating world, who quickly became fans of actual skaters. Some of these skaters include Japanese skater Yuzuru Hanyu; Russian skater Evgenia Medvedeva; and the late Kazakhstani skater Denis Ten. Many of the skaters have also recreated scenes from the anime and raved about how amazing it was to see their sport immortalized through the show.

MAPPPA also stated that a prequel film was in the works. Yuri on Ice Adolescence was first announced in 2018 with a 2019 release date, but the film has been delayed with no confirmed release date. What we do know is that the film is meant to be a prequel to the events of the anime.

A Popular Work with A Different Take: Banana Fish

This 2018 show isn’t for those for the faint of heart as it deals with sexual violence, regular violence, and drugs. Based on the 1985-1994 manga of the same name, MAPPA revisited this series to commemorate its 30th anniversary. The show depicts the budding relationship between a teenage New York gang leader Ash Lynx and a Japanese photographer’s assistant Eiji Okumura.

The manga was extremely popular with females and males when it came out, and it influenced the boys’ love (BL) genre due to its depiction of Ash and Eiji’s relationship. Throughout the series, Ash is constantly sexually assaulted by his guardian and as a result of the abuse has never known what love really is. This is where Eiji comes in, and he shows Ash what it means to really be loved. The series mainly focuses on the ordeals the duo has to go through because of Ash’s abuser and how their love grows during the course of the series instead of relying on fanservice tropes.

MAPPA took the show and reworked it to match with present time New York to the point where staff members went to New York to do research for the show. We sat down with MAPPA in 2019 to talk about the production of Banana Fish. They also talked about how they were able to bring the story to a modern audience. 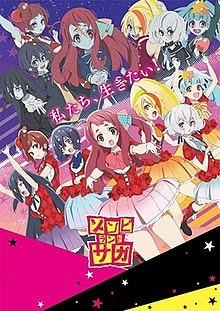 The One That Came Out of Nowhere: Zombieland Saga

By the end of 2018, a lot of people had enough of half-baked idol shows, but no one was ready for what Zombieland Saga would bring to audiences. Zombieland Saga is one of the most recent idol shows that had audiences invested in the group Franchouchou and its undead members. While each episode followed a similar idol backstory, the show took advantage of having zombies as the main focus of the show and wasted no time in making comedic gold by taking advantage of their undead states.

MAPPA also did something that got the praise from a worldwide audience: they introduced a transgender character. While this gained some controversy, the audience loved the show for its inclusion of the character, Lily and her assertion in her identity as well as the characters reactions to discovering she was born male. Lily soon became the talk of the internet and gave many transgender people character they could connect with. This cemented MAPPA’s reputation as one of the most LGBTQ+ friendly studios as they’ve repeatedly handled the characters in a respectful manner. 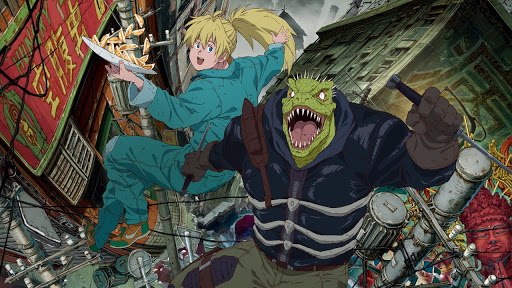 Their Most Recent Release: Dorohedoro

This 2020 show follows Caiman and his journey to finding the sorcerer responsible for turning his head into a reptile’s and erasing his memory. He travels around with his friend Nikaido assaulting sorcerers, and the duo eventually gets the attention of a powerful sorcerer, En. En then sends his cleaners to eradicate Caiman which starts a cat and mouse game between En and Caiman.

For this show, MAPPA uses 2D and 3D animation, and the visuals were striking. While 3D animation does make certain scenes look choppy, the studio works around it to make it look as best as they possibly could by applying 2D animation. However, it’s still pretty choppy and a lot of scenes do lose their impact because of this, but the show itself is still interesting and worth a watch. The show launched on Netflix on May 28, 2020.

MAPPA has a list of anime ready for release. Most of these shows have been delayed, but they’re ready to go. Some of these shows include the MAPPA original, Listeners; The God of High School which is based on a webtoon of the same name; Jujutsu Kaisen which is also based on a webtoon; Mr Love: Queen’s Choice which is based on Chinese mobile dating sim; and finally the final season Attack on Titan. While the news of this change shocked fans because the series was originally held by Wit Studio, it’s a welcome change as fans know that MAPPA will most definitely do this anime’s final season justice.