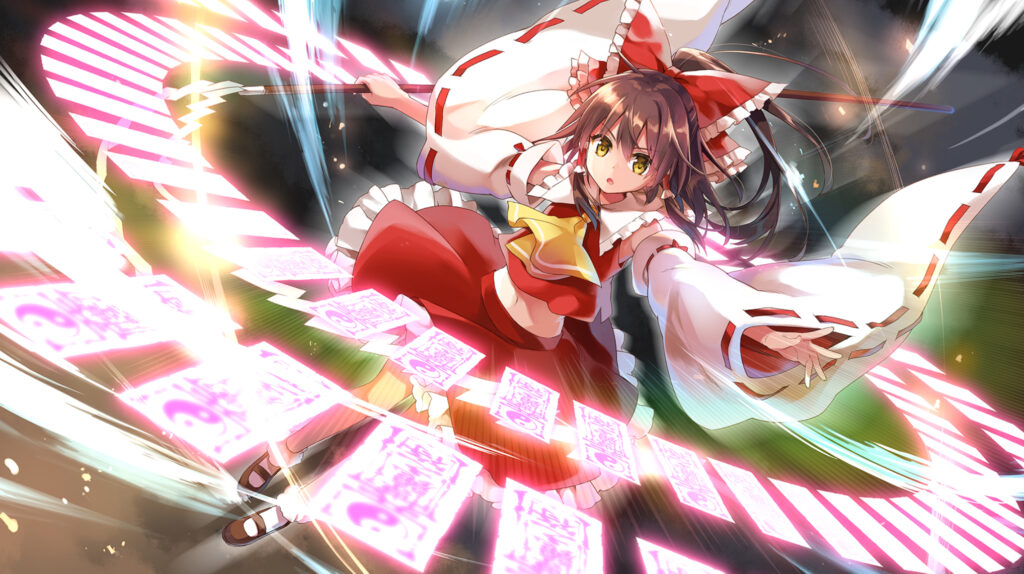 I have been a fan of Touhou Project ever since I first heard about the concept. And yet, until the arrival of Touhou: Lost Word, I hadn’t played any of the games.

Yes, I am part of that army of Touhou fans who are more interested in the peripherals: the fanart, the videos, the music, the cosplay outfits, and other miscellaneous doujin stuff. (Independent game creator ZUN deserves a lot of credit for inventing this franchise’s universe, and letting outsiders play with it.)

Touhou: Lost Word by Good Smile Company and NextNinja is an officially licensed mobile game, clearly aimed at all the Touhou fans who find ‘Bullet Hell’ shoot-’em-up games to be intimidating. 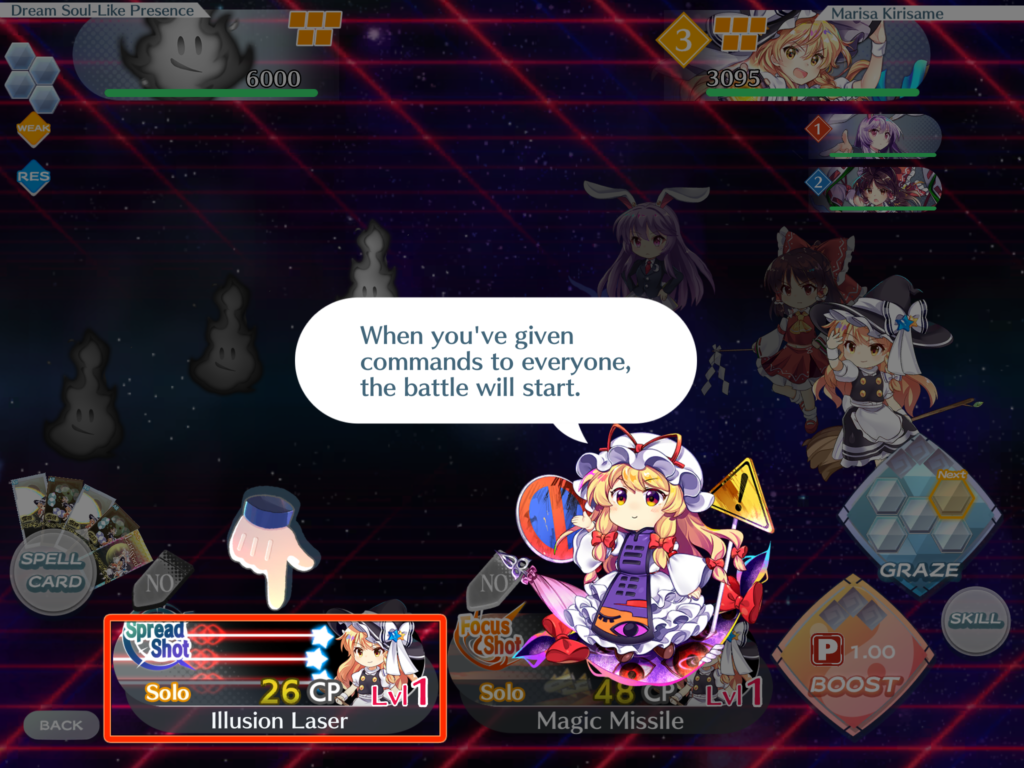 The creators didn’t miss their mark. As long as you have even a mild interest in Touhou Project, and if you enjoy mobile RPGs, you will find Touhou: Lost Word to be entertaining.

Don’t worry if you’re a curious novice entering the mysterious youkai-filled world of Gensokyo for the first time. The game won’t make you scramble for a Touhou wiki. Admittedly, Touhou has loads and loads of characters to meet, but Good Smile Company is known for its character figurines, so it’s a good match. 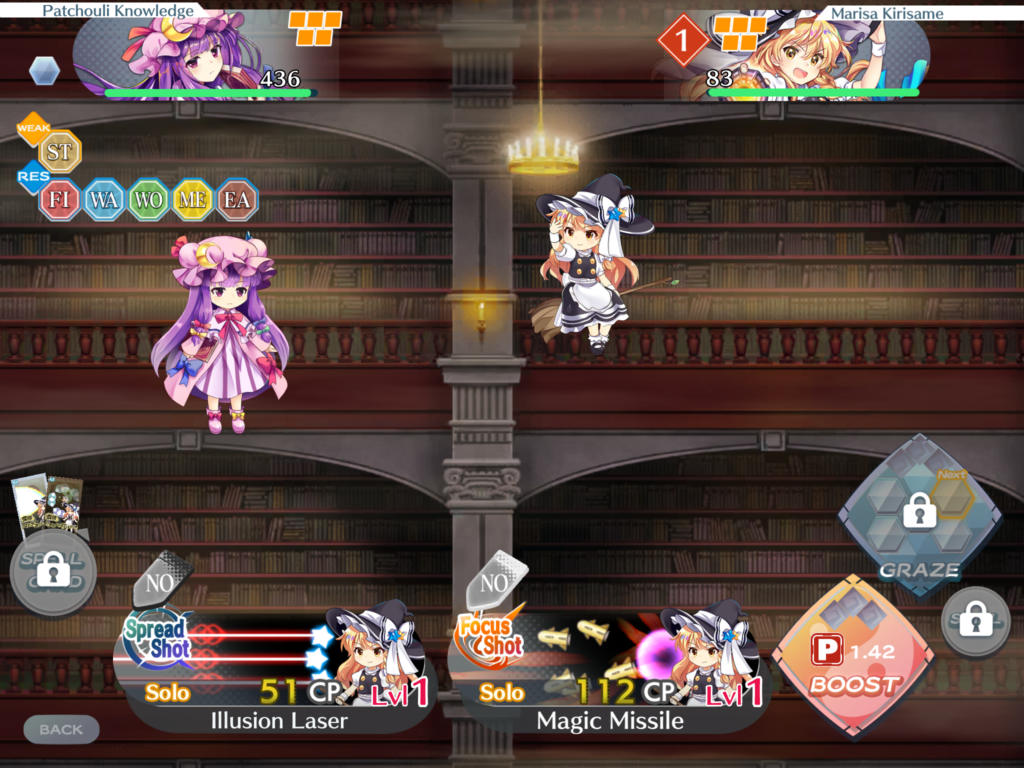 The game is an RPG with a lengthy visual novel-style story mode. Early chapters of the story serve as a tutorial for the battle system, which isn’t that complicated. The battles are turn-based, and the two main types of attacks are focus shots and spread shots. Spread shots do lighter damage, but you get more items for future attacks. There are also limited-use spell cards, which create flashy, powerful attacks.

In any case, you really shouldn’t ignore the tutorial, as you get all sorts of useful advice. Plus, you even level up a little.

Besides, when a game is based on Touhou, the story is going to be a big part of the reason you want to play the game. So, why skip any of it?

The dialogue is fun, and the characters’ personalities remain true to the most common fan interpretations. The witch/ magician Marisa is a lovable roguish thief, and shrine maiden Reimu is the cheerful, but easily annoyed, straight man to all the youkai loons surrounding her. (Reimu’s personality wavers quite a bit in fan works, but this version seems mostly positive.) Naturally, these two will be your main guides throughout the game. 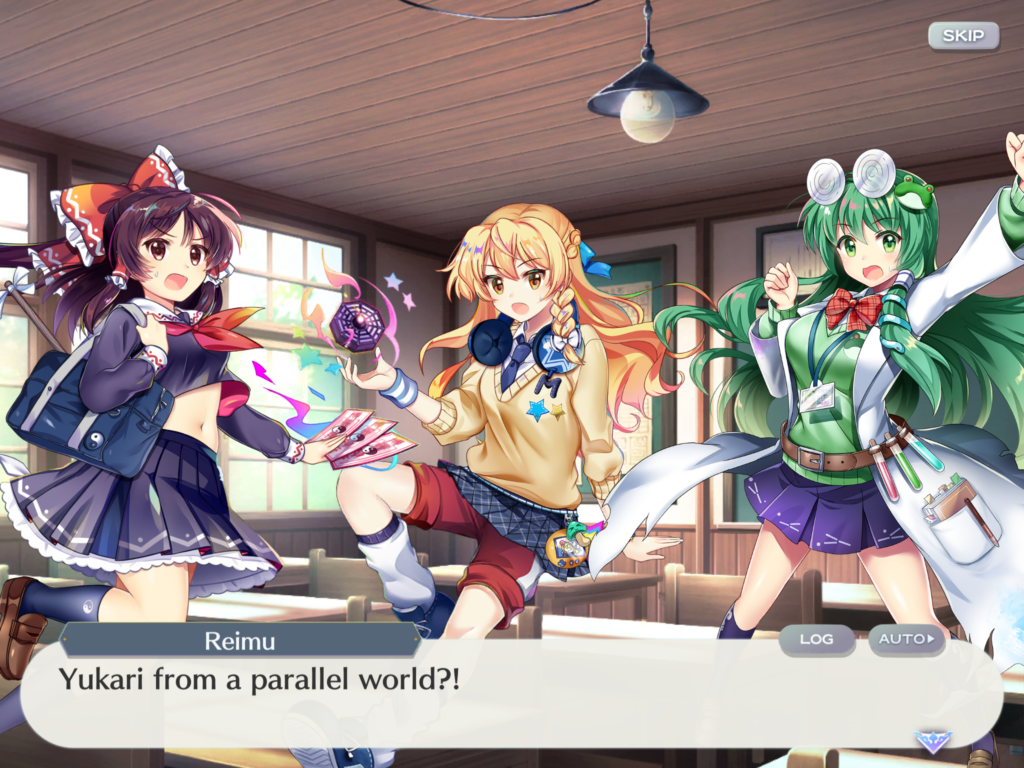 Your player is not one of Touhou’s usual suspects, but a mysterious human girl from ‘the outside world’ with amnesia (a convenient trope for game designers). In the beginning, the story revolves around crystalline ‘Seal Cubes,’ which have suddenly shown up all around Gensokyo. A lot of the youkai girls don’t want to give theirs up, so you have to battle them for the cubes. The plot eventually finds its way to an alternate-universe version of Gensokyo, which needs to be restored.

The game also has various limited-time events which are not connected to the main story. For example, a recent side story involved various characters filling in for Sakuya, the head maid at the Scarlet Devil Mansion. 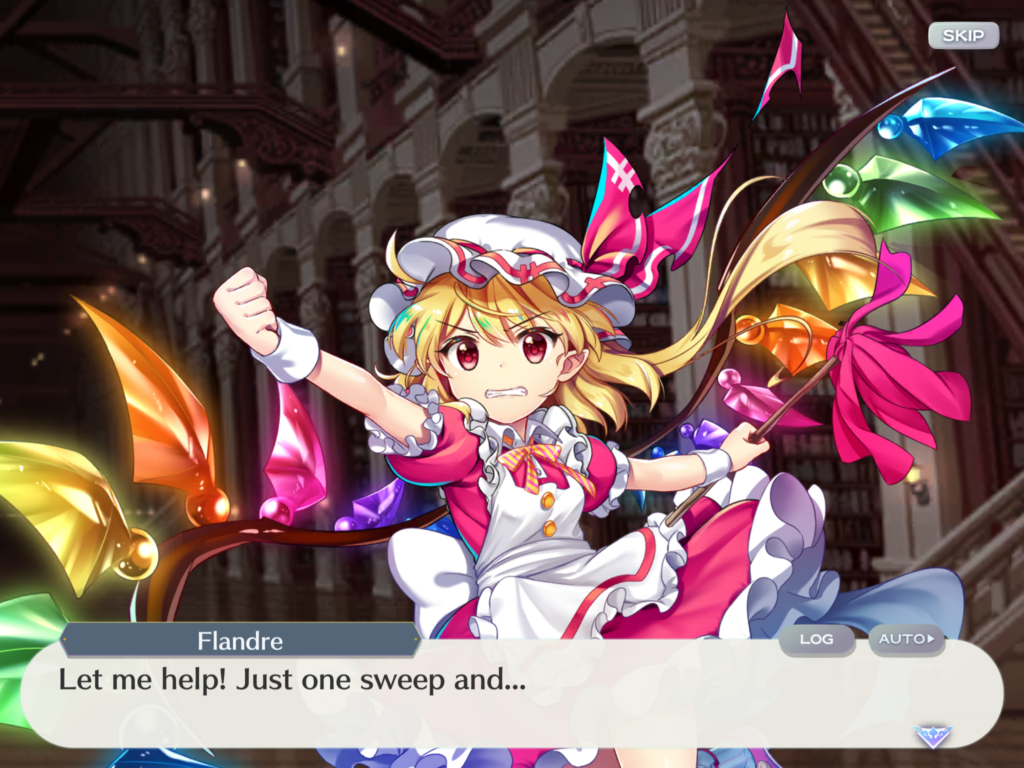 Those Seal Cubes are one of several currencies within the game. Naturally, you will be able to use the in-game currency to buy and level up stuff. Real-life cash is accepted for some of the prizes as well.

The game has gacha systems (mostly ‘prayer’) for gathering characters. You can also collect story cards. These boost characters’ power, but also reveal little stories when you limit break them. 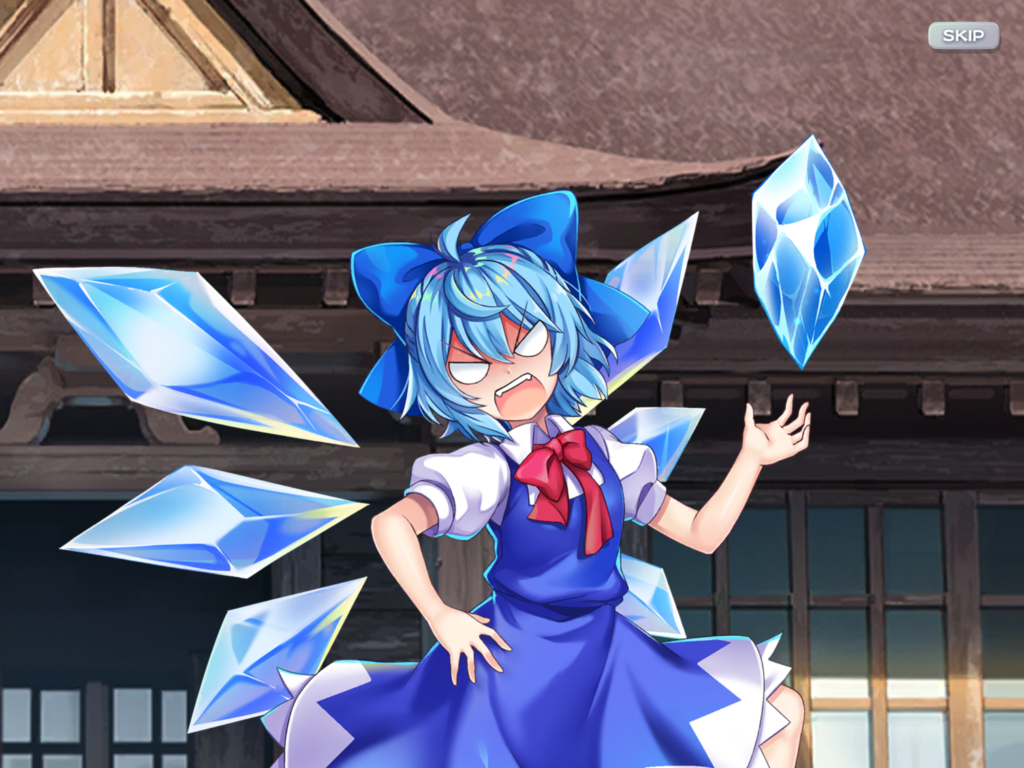 The only real problem that I encountered with Touhou: Lost Word was entirely my own fault. My iPad already had memory eaters Pokémon Go and Animal Crossing: Pocket Camp on it, and I had to offload The Burgle Cats to add Touhou.

The game will take up some space and download a lot of game data. The game has a lot of music, and tons of fun art, so this is probably necessary.

Even so, Touhou: Lost Word is a worthy addition to any Touhou fan’s iOS/ Android device. It is available here.