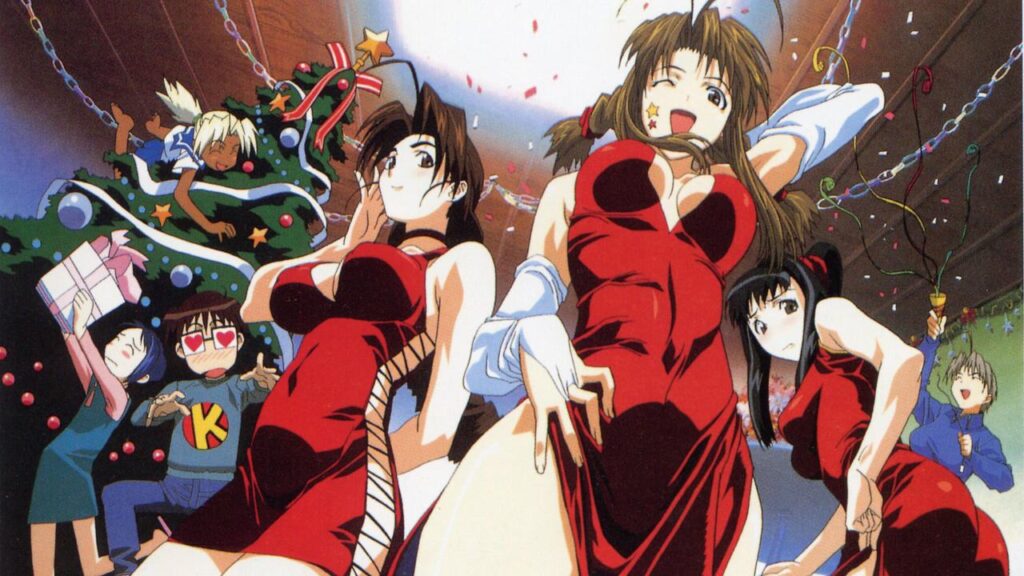 Love Hina is solely remembered by people who were active anime fans in 2002 and exactly no one else. You might find a few people out there who will fondly reminisce about the manga with its naïve harem charms (and yes, I’m talking about myself here) but virtually nobody would recommend the anime to you. Made in the very early days of digi-paint animation, even the best shows from those days look dated, and Love Hina wasn’t one of the best shows. It was, however, a fun anime and the opening by Megumi Hayashibara is catchy as all hell. Sitting through the whole show would be the equivalent of getting coal from Santa, but in small doses, it’s admittedly enjoyable, and considering the season, that dose should be the Love Hina Christmas Special. 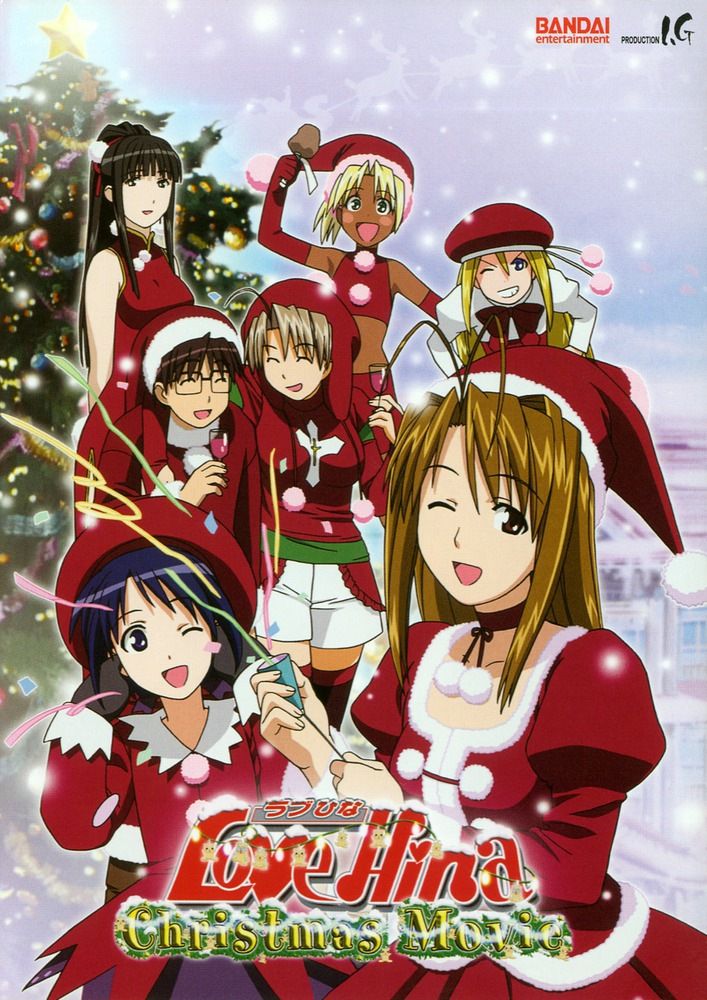 Love Hina might be your quintessential harem show, but taking equal queues from the likes of Tenchi Muyo and Maison Ikkoku, it had something going for it. The Love Hina Christmas Special in particular was the most successful the show ever was at articulating its own charm, provided you assume the word ‘charm’ to mean ‘heart’ and not ‘fanservice’. Chronologically taking place after the show, we admit viewers wouldn’t be able to get as much out of it as established fans. However, those looking for some tangible Christmasness in their anime may still want to consider giving this a go! Most shows have a Christmas episode, but going for the longer ‘special’ length designation allows some real holiday spirit to pile up like snow. Sure you might have to put up with an awkward in-character singing number that the kids today would call ‘cringe’ but even that adds to the effect, provided you’ve poured yourself some eggnog.

Drawing from some of Ken Akamatsu’s original manga, but mixing it up with some anime original story elements, the Christmas Special actually came across with some weight. Hapless Keitaro seriously fusses over what Christmas present he should buy for his hot-headed crush Naru Narusegawa. Our shy, sweet Shinobu and her father have a dramatic reunion in the streets of Tokyo on Christmas Eve, not seeing him since she ran away to move in the same boarding house the entire cast of the show lives in together. Truly, the Love Hina Christmas Special comes complete with the themes of love, family, and presents you’d want out of any stereotypical Christmas Special. While never too self-serious, it’s a nice bit of human drama wrapped in tinsel and ornaments for a smooth 45-minute runtime. 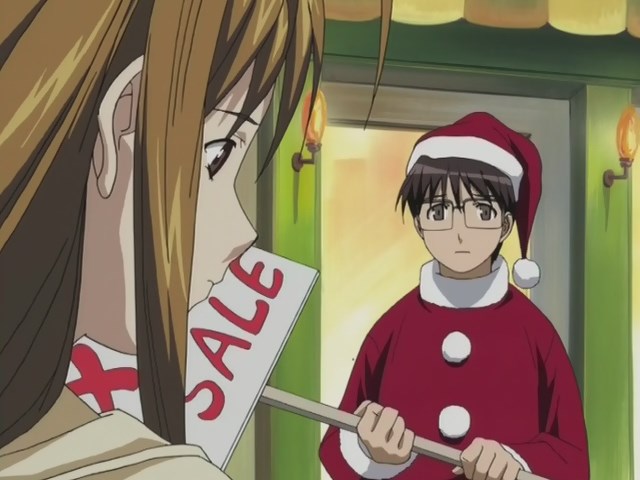 Now, here’s the unfortunate part of the article where we tell you there’s no easy way to watch the Love Hina Christmas Special. Second-hand copies go for pretty cheap on Amazon, but then you’ll have to wait for the shipping. Years ago, the now defunct US anime division of Bandai Entertainment released the whole series. Funimation eventually re-licensed Love Hina, but only re-released the TV anime episodes, and we’re not sure if they even have those rights anymore. In a surprising twist, Discotek recently dropped the Love Hina Again OVA on Blu-ray this past year, but that still leaves us with the Christmas and Spring specials in complete limbo. Not many people are particularly missing them, but getting to see that Christmas special once again would be a nice holiday gift.

Love Hina Was Harem Anime At Its Peak