Love Hina Was Harem Anime At Its Peak 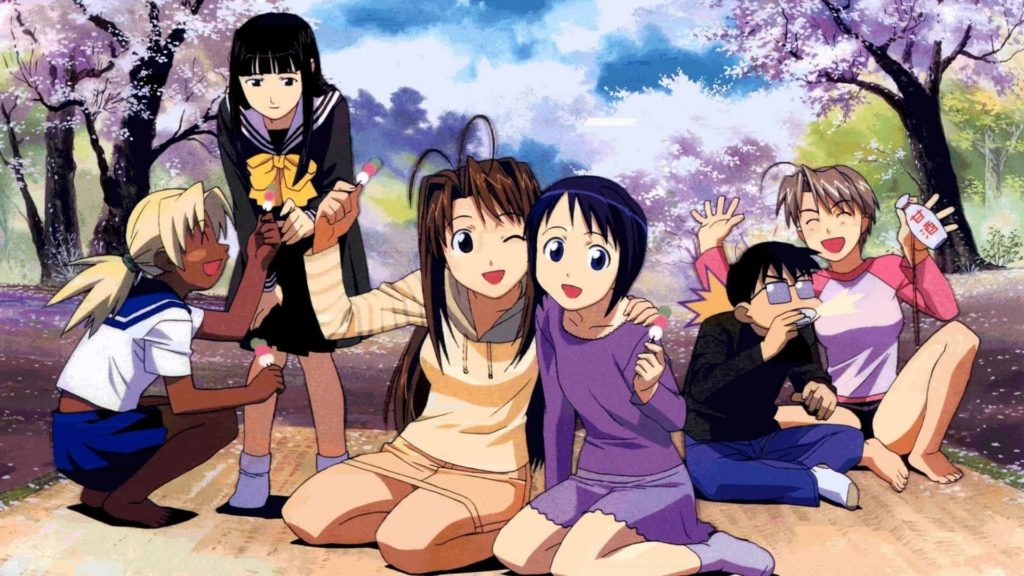 A product of a bygone era, early 2000s cheese, when ‘harem anime was good’.

Whatever you want to call Love Hina, it sure brings back the memories. It wasn’t technically the first harem anime of course, but unlike say Tenchi Muyo which had a whole sci-fi angle going for it, Love Hina really was just harem high jinks start to finish. It started Keitaro Urashima, the only boy living in a girls’ dormitory and you can imagine all the flying fists, wacky misunderstandings, and inevitable crushing going on in this legacy series.

Created by Ken Akamatsu who would go on to create the incredibly popular Negima! franchise, Love Hina finds itself home to an undeniable charm that makes it a joy to read. It’s pervy, it’s silly, but the manga is a whole lot of fun.

A product of its time too, with little references to the likes of Neon Genesis Evangelion and Azumanga Daioh. It brings us back to simpler days when anime could just be ‘a bunch of girls like this guy but they punch him a lot’. You end up rooting for Keitaro whether you like it or not.

Why The Love Hina Anime Was Different

The Love Hina anime was one of those unfortunate cases where that comic was still ongoing when the show came out. It ends abruptly and, for a 24 episode show, there was a lot of filler in there too.

The plus side of all that is that made the Love Hina anime its own thing. Coming out at the turn of the millennium it looks a little rough by today’s standards, being an early digipaint show. However, like the manga, it adapts there’s something ultimately charming about the anime too. Plus, it has a banging Megumi Hayashibara theme.

Love Hina Again was a three-episode OVA that adapted a later arc of the manga. While it didn’t finish the story outright, there is a definitive confession scene within it so the anime fans had some kind of conclusion to the show’s romance. Does Keitaro end up with Naru, Motoko, or the mysterious Kanako whom he has some past connection with? Weirdly though when Funimation relicensed Love Hina, they didn’t include the TV specials or this OVA making them hard to watch for English speaking audiences.

The Love Hina Characters Who Live At Hinata House

Love Hina has a whole harem’s worth of characters! You have the foreign exchange student Kaolla Su who loves eating Bananas and climbing all over people. Mutsumi Otohime can speak to turtles, even if she is a little bit of an airhead. ‘Kitsune’’s a lush and Aunt Haruka rules the Hinata House with a firm but detached iron fist.

Of course, other cartoonish types pop in and out through the story’s run but you’ll have to meet them yourself! We should introduce some of the series heavyweights although they’re quick to leave an impression themselves.

Our ‘protagonist’ if you will, Keitaro Urashima starts out at the beginning of the story as a textbook loser. Failed out of getting into college three years in a row, no luck with the ladies, he doesn’t seem to have much going for him. However, his luck begins to change when he moves into the girls’ dormitory… Which doesn’t sound legal to us, but hey that’s anime.

So good they gave her the same name twice. Naru’s the main girl of the series and you can maybe guess how things will end up with her and Keitaro by the end. She’s something of a Tsundere, but when she gets angry you can’t blame when Keitaro keeps ‘accidentally’ walking in on her changing. Playful and cheeky, after she begins letting her guard down around him though, she ends up caring for him quite a bit.

Set to inherit a traditional Japanese sword martial arts school, Motoko’s practically a samurai living in the wrong age. She always hides her true feelings and never hesitates to put the pain down on Keitaro. However, as harem anime knowledge dictates, as the series goes on she finds herself liking Keitaro more and more.

Here’s where things get a little sketchy; Shinobu’s like 12 or 13 years old and yet she’s crushing on Keitaro like everybody else. Granted, her thankfully never does anything to her so it could be worse but it’s not so normal, right? Regardless, she’s a shy girl who moved out of her home because her parents were always fighting. Like everybody else in the Hinata House, she begins to open up the longer she lives there.