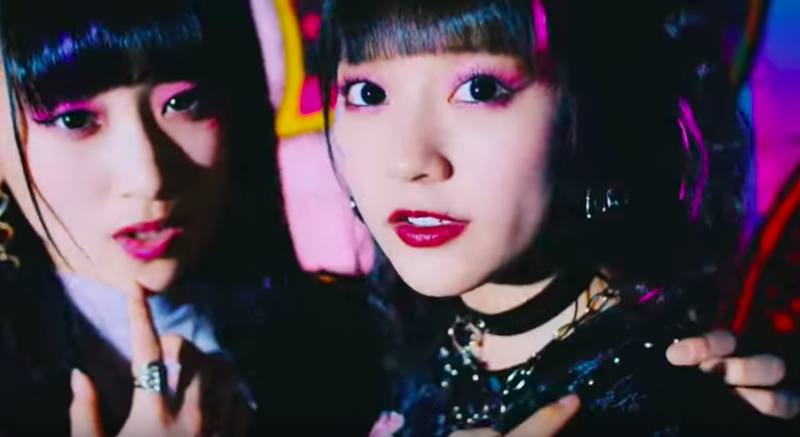 For anyone worried about Rino Sashihara’s departure from the AKB48 universe will mean less of one of the more outspoken idols of the past two decades in their lives, fear not. Producing burgeoning idol outfit =LOVE (“Equal Love” just to be sure) stands out among her many new activities post-graduation. The group recently shared a new video for the song “Iranai Twintails,” featuring Sashihara-penned lyrics. Watch the clip below.

Rino Sashihara’s influence seeps through both the song and the video, without ever going too far off the rails. “Iranai Twintails” exudes attitude, rejecting the standard-order idol chintzy backdrop in favor of a hard-rock-inspired sound powered by guitar chugs and guttural shrieking. This isn’t groundbreaking in any way — groups like BABYMETAL, BiS and dozens more of idols trying their best not to look like idols (despite, you know, being idols) have latched onto power chords and spine-breaking drumming — but coming from a project not far from AKB48, it still offers some welcome ripples to the usual pop structure.

This extends over to the lyrics and the video itself. They offer something pushing against typical idol ideas but aren’t ramming all that hard against it. The song is about hair, and how not having them can be cool. Really it’s about individualism, celebrating how people choose to be with hairstyles as an easy metaphor (though who needs that when you can just say “equality / cool!” as they do during the hook). This is both a nice sentiment but also nothing radical, yet probably still worthy of highlighting. The accompanying clip features some nice shots and decent “punk” looks, but they don’t even cut off any pigtails! Still though, different, without being too different. Fitting for a Sashihara-produced project.

“Iranai Twintails” jumps out as the best song from =LOVE so far. Up to this point, a lot of their releases have sounded pretty much like standard idol product, though a few small clever twists on the familiar emerge if you look closely. This cut, though, shows some welcome attitude that makes it stand out. They don’t need to replicate the metal sound, but they need to touch on the edge here if they really want to shine in an always-crowded field.